The purpose of the Past Pupils’ Association is to promote and maintain social ties between former pupils for the benefit of all members of the Wallace school family, past, present and future. It is our hope that through the Association members will have the opportunity to:

Wallace alumni excel in many and varied careers: academia, business and commerce, education, the law, the media, medicine, science, sport and technology. It is our sincere hope that the successes of former pupils will serve as example and inspiration to current pupils and that our former pupils will demonstrate a “spirit of generosity” by giving back to the school which has nurtured and shaped their development academically, morally and socially. 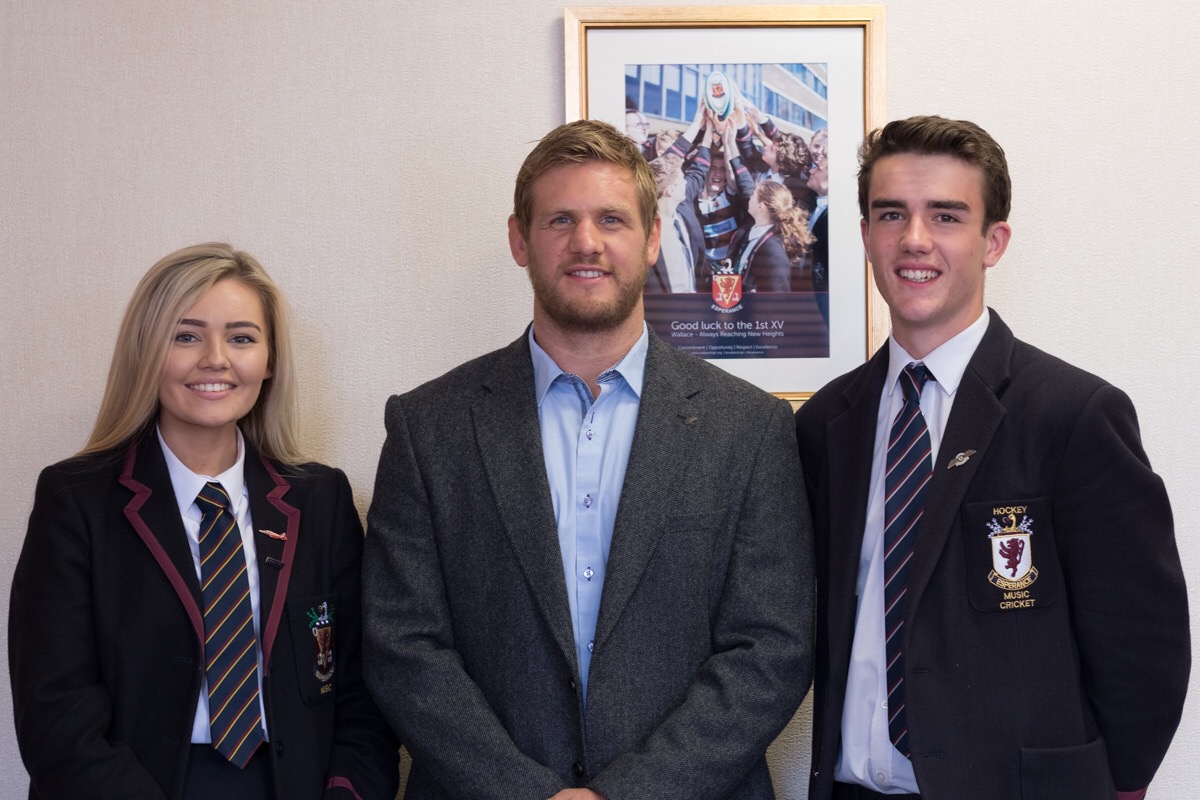 • Launch of designated area on school website giving aims of the Past Pupils’ Association, forthcoming events and opportunities for contributions from past pupils.

• Series of items will run on the website and Facebook on the theme of “All things Wallace” celebrating the achievements of past pupils, exploring the school’s history and that of our founder. There will be an opportunity for past pupils to contribute to the site.

• The summer meeting (Wed 2nd May) will be entitled An Evening with …and will feature two distinguished former pupils. We hope it will be compered by broadcaster Denise Watson. Light refreshments will be served and there will be an opportunity to see the new building/strength and conditioning suite.

• Celebratory concert (26th June) will take place outside the Linen Centre and will celebrate the life and times of Sir Richard taking note of the landscapes which influenced him. Parkview school will also be participating.

• Honours choir sing in the Wallace collection in London

During the initial phase of the Association which will see a transition from the Old Girls Dr Louise Sands and Mrs Louise Williams will represent the former committee; Miss Heather Gracey will primarily represent the school in her capacity as Senior Teacher with responsibility for school ethos. Other members will include a number of former pupils who have attended previous meetings and staff members who are former pupils. It is hoped that some former pupils with marketing experience will be willing to offer support. Tim Taggart has offered to make a promotional film with Chris Henry.

The Wallace High School Past Pupils’ Association represents a new phase in the school’s relationship with its former pupils. In late 2017 The Old Girls’ Association decided at its AGM to extend its membership to all former pupils and to current and former members of staff. A vote was taken and the Association renamed to reflect a concept of wider membership.
In due course we hope to place a full history of the OGA on the website. The school is grateful to members of the OGA who will serve as transition members of a steering group until a full formal committee is established.
Any queries regarding the new group can be emailed to hgracey@wallacehigh.net