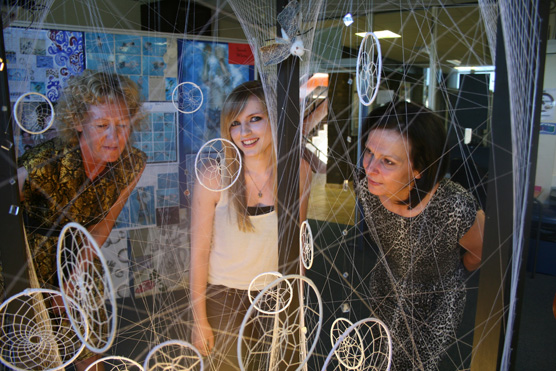 The past few weeks have been extremely busy for many departments within The Wallace High School with activities inside and outside school.

Staff and pupils belonging to the departments of Art and Design, Moving Image Arts and Music got together on Friday 7th June for a night of ‘Celebrating Creativity’. It has been another busy year in the life of each of these departments and the end of the year is always a fitting time to celebrate the achievements of the pupils. On the night there was an exhibition of the Art and Design and Moving Image Art work of the GCSE, AS and A2 pupils. The musical compositions of the GCSE, AS and A2 pupils were playing in various venues around the school whilst there was a live musical performance from The Wallace High School’s very own jazz band ‘The Gentlemen’ who entertained with many pieces of music from well known hits to more complex melodies.

Joint Head of the Art Department, Mrs Margaret McPolin enjoyed the evening and commented: “In our ever growing technical age it was a pleasure to see the creativity at work amongst our students and at such a high standard. A number of pieces of both Art and Design work and Moving Image Art work have been recommended for inclusion in the ‘True Colours’ exhibition held by CCEA which showcases examples of work from among the best within Northern Ireland. It was also a real pleasure to welcome the pupils who have worked so hard, their families, friends, staff and other invited guests and all staff in the Departments involved wish the pupils well with their continued study and hope that the spirit of creativity lives on among them.” 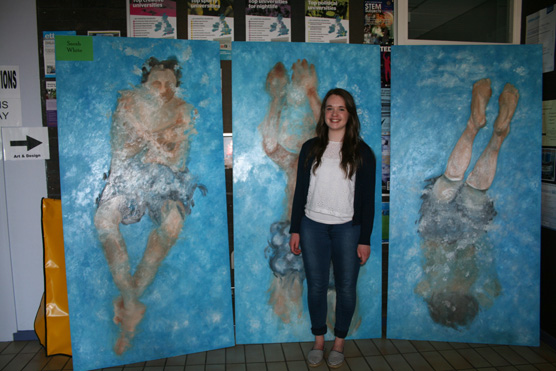 On Tuesday 11th June, Year 11 pupils from Wallace High School attended a debate on the economic impacts of renewable energy in the long gallery at Stormont. The pupils were joined by students from Cookstown High School, Down High School in Downpatrick, St Michael’s College in Enniskillen, St Dominic’s and St Mary’s Christian Brothers Grammar Schools in Belfast to get a chance to see how tough decisions about where to invest public money in clean energy for the future will be made.

The debate brought a panel of local and international experts in the renewable energy sectors to discuss possibilities such as solar energy, biomass, geothermal energy and wind power. The speakers addressed how we compare globally; both with what other governments are doing in this area as well as our natural resources, for example, would the high levels of geothermal activity available in the Mournes area mean that investment in geothermal energy is a good option or is solar energy a better possibility, even in such a cloudy climate? 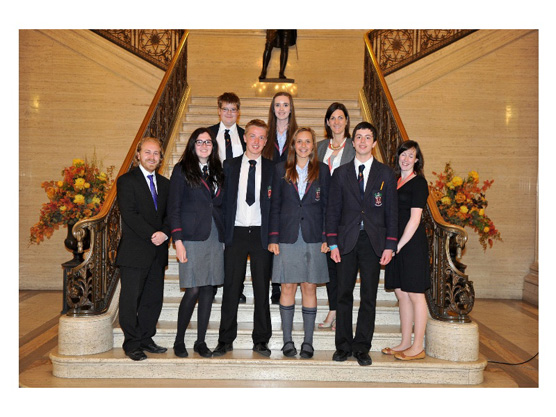 The debate was co-hosted by the Northern Ireland Assembly’s All Party Group on Science and Technology and the All Party Group on Renewable Energy chaired by Basil McCrea MLA. Students were invited as part of the RSC student support service RSC ChemNet and got a chance to meet Steven Agnew MLA from the Green Party and talk to him about their ideas on renewable energy.

Attention now turns to the end of term “Beyond the Classroom” extravaganza where pupils in Years 8 – 11 will spend three days taking part in activities based outside normal classroom situations.

art Beyond The Classroom