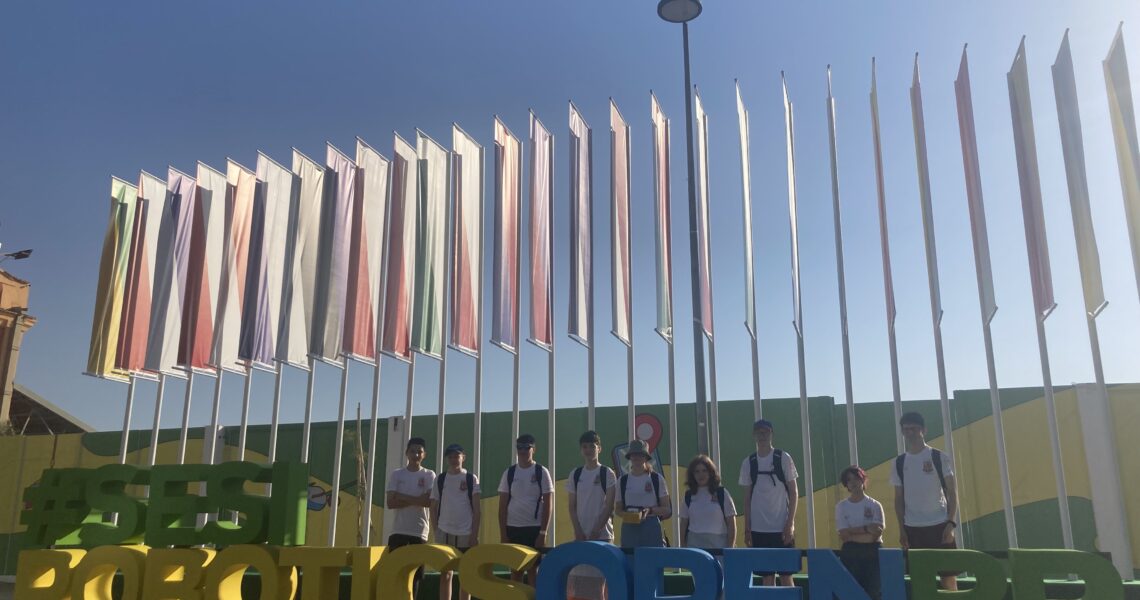 How far will Lego-League take you?

As a new season of Lego League opens and the season of Autumn is currently not so much “mellow fruitfulness” as howling gales take a moment to enjoy the scenic delights of Brazil.

Our Lego League team travelled to Brazil to take part in the world Lego League Championships; this was a decidedly more attractive location than Detroit where we competed in an earlier championship. The competition has been summarised by a former staff member as “Getting Lego robots to do clever things” and there’s no doubt that the team saw some very impressive feats of Lego engineering.

Given the distance the team had travelled it was important to see the highlights of Rio so on the team’s second day they enjoyed a tour with Way2knowRio in the company of an Irish Girl Guide group from Dublin. The pupils visited the Selaron Steps, the celebrated figure of Christ the Redeemer, Tijuca National Park, Copacabana. After dinner in a Brazilian buffet restaurant the team visited Sugarloaf Mountain to watch the sunset. Days three to five saw the team battle it out at the tournament in Pier Maua and whilst we didn’t claim any prizes the team “had a ball” and really enjoyed seeing other teams competing.

Day six saw the team enjoy the stunning vegetation of the Botanical Gardens and a beach walk from Leblon to Copacabana for dinner and they finished their week with a visit to the Museum of Tomorrow (a fascinating science museum) and the cathedral.

Such a trip comes at considerable cost so thanks to the sponsors: NIE, Version1, Intapp, N4 Networx and Vanden recycling. A special mention to Harry Phillips of year 10 and his Dad Colin from Ladybird Promo in Moira who did the printing for the team kit.

Huge congratulations to the team for representing school and country so well, to Mr Gibson for his excellent organisation of the trip and to Miss Carruthers who is leaving us for pastures new. We hope she’ll look back on her Wallace years with affection and that she’ll always remember the glories of Rio!