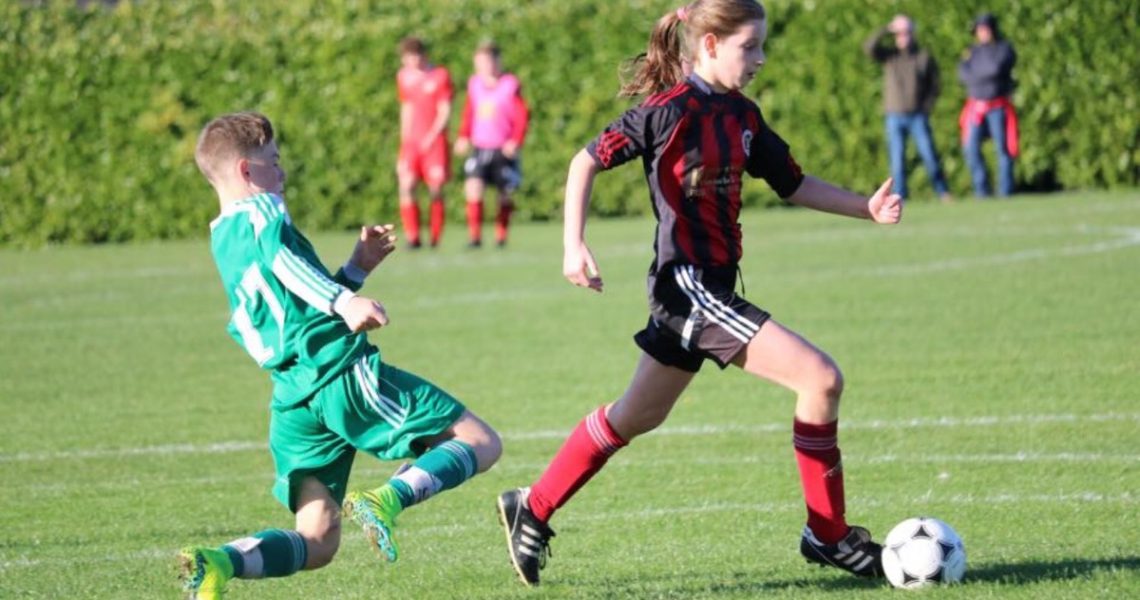 I started playing football at a very early age, being encouraged to play and develop my skill with my dad and brother! At the time I didn’t realise how many other girls were also interested in playing football and so I joined Lisburn Youth Boys; I loved football and wanted a chance to play competitively! After six enjoyable years at Lisburn Youth, I now play my football for Hillsborough Boys where I receive excellent coaching. It’s a team that likes to play exciting football, and I’ve been able to play in my preferred midfield position. 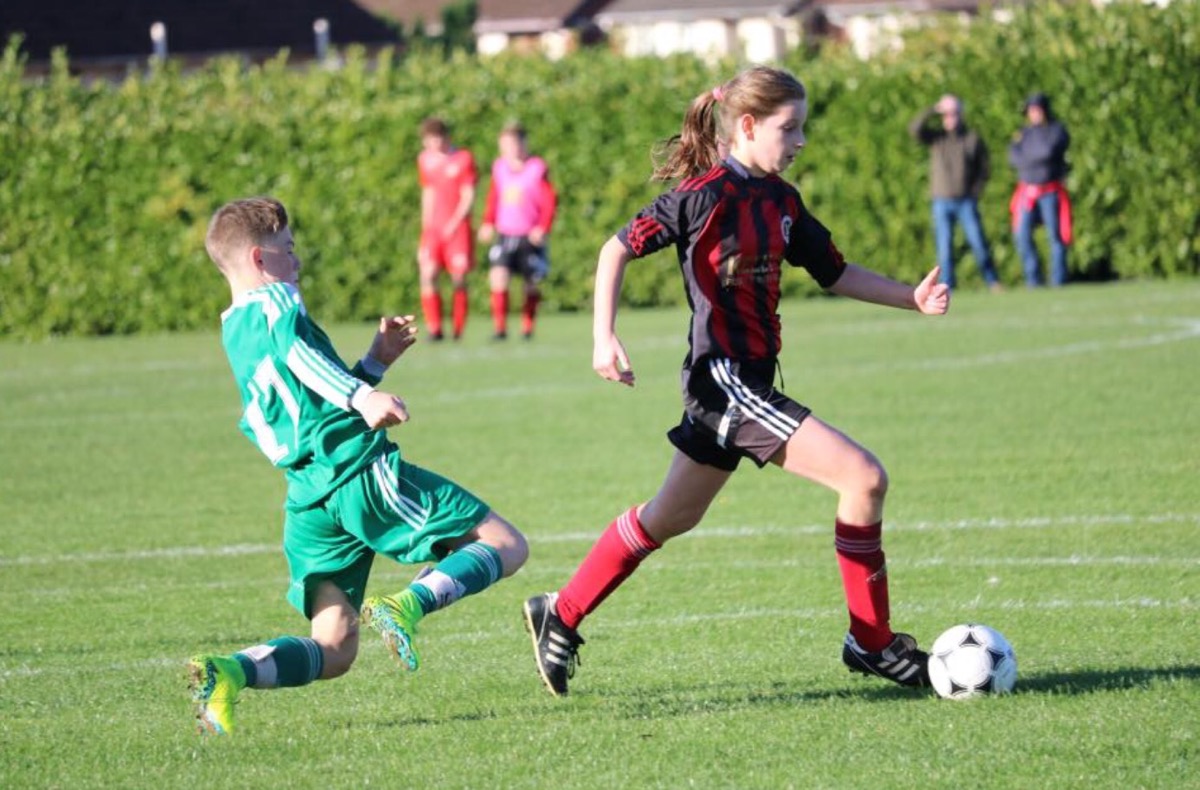 When I was eight years old I attended trials for Club NI girls and after a lengthy trial period, fantastically I was selected to develop at the highest level. Club NI involves being trained by highly experienced coaches, with their desire to see Northern Ireland Ladies football team compete more competitively against other nations who tend to have much larger populations and greater resources. In the last two years I have progressed into the Northern Ireland elite squad, playing for the U13 NI Squad in the Friendship Cup. Positively I have continued to be selected for my age group elite squad and have the privilege of playing a tournament in Sweden in May!

Before the excitement of Sweden, I have received a call up to the U15 NI squad for the Bob Docherty Cup in Dublin next week. We will compete against England, Scotland, Wales, Republic of Ireland and Shelbourne. I am very excited to be representing my country and will do my best to play well!

All connected with Wallace High School would like to wish Lucy all the best with her upcoming competitions and we are very proud of her current achievements in football!