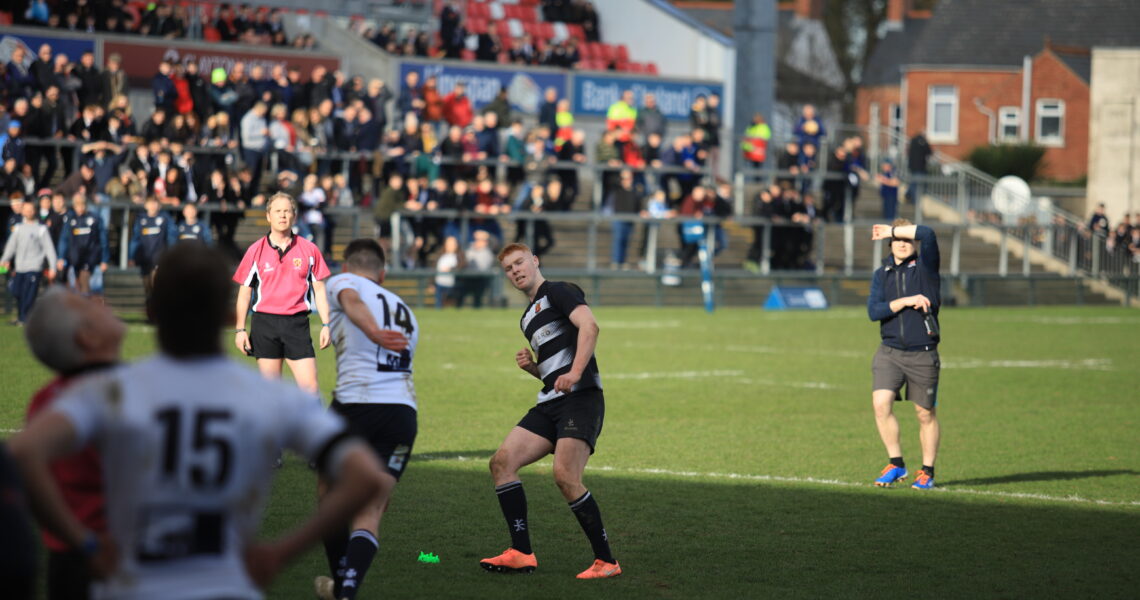 Former pupil Nathan Doak is currently “living the dream” (to quote Mr Armstrong’s favourite phrase) of every school boy rugby player as he has successfully transitioned to the professional game. Having been (like his father, former pupil Neil Doak) a consummate games player Nathan can boast of international status in both rugby and cricket.

What is your best Best Wallace memory?

I’d say my best memory from Wallace would be the Schools’ Cup quarter-final at Wallace. We got a home draw for a critical point in the competition for the first time in five or six years, so it was really special. The size of the crowd was something I had never seen or experienced before in my time at school and I think it really  promoted  the love of the game both in Wallace and in Lisburn. Thankfully we won!

What values do you think the school taught ?

Whilst at school you don’t fully appreciate the values and life lessons that it offers you until you experience life after school. Going into a full-time professional environment I quickly discovered the importance of so many factors I’d been taught about at school: having good organisational skills, showing effective time management, communicating effectively, having good manners and showing respect to others.

What are the greatest challenges and joys of your work?

I know that competing in my professional environment at such a young age means that I do, and will, encounter a lot of challenges. Finding the consistency to turn up with my best every day is challenging. It’s my job at the end of the day.  I know at this level I’m expected to be at my best every week when it comes to match day as I owe it to my employer; I also owe it to the fans who are vitally important to the club. Eighteen thousand people come to the stadium, spend their hard earned money to come watch the team and they deserve my full commitment each time I represent the club. That doesn’t happen by chance and I’m learning how to get both my body and my mind to that standard every week, which I haven’t had to do before.

The biggest joy of my job is getting to do what I love. Representing a club like Ulster with such a proud history is something everyone that plays rugby in the country dreams about. I don’t take that for granted and getting to represent everyone and everything that comes with the Ulster badge is a huge privilege.

What advice would you give to your 18 year old self?

“Impossible is nothing” I always believed in myself whether it was in sport or outside of sport. If you want something in life it will never be handed to you; you’ve got to go earn it. Don’t let other people’s doubts  affect what you want in life; keep trying, stay patient and work towards your goal. Never neglect learning; always appreciate the opportunity to develop and grow. There’s no substitute for hard work.

What do you regard as your greatest achievements to date?

I’d probably say representing both Ulster and Ireland in two different sports, rugby and cricket. Being  capped at international level in both sports has always been very rare and it’s probably rarer now given the professionalism of sport so to be in that bracket is pretty special.*

Being selected for the Ulster senior team regularly, currently sitting top in the rankings for scrum half in the league and being in the top three players for points scored this season are special achievements especially considering the talent of others in the League.

*Former Wallace Head Boy and British Lion, the late Mr Raymond Hunter, represented Ireland at senior level in both rugby and cricket. As a schoolboy he achieved representative honours in four different sports! Nathan’s father Neil is remembered fondly at Wallace for outstanding performances in cricket, rugby and tennis to name but three sports!