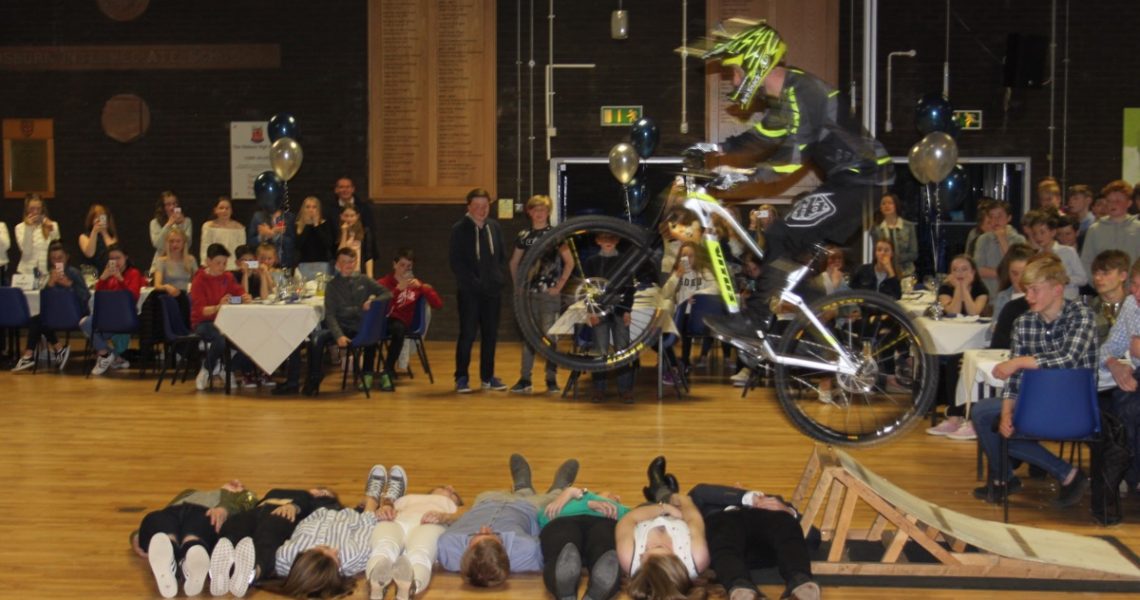 The Wallace PE Department hosted their annual Sports Awards dinner recently and yet again it proved to be another great night of celebration! It was tremendous to see the fabulous support for this event with 150 pupils and staff attending, testimony to the array of sporting talent that many Wallace young people possess!

The evening began with a media presentation showcasing the breadth of our individual and team achievements this year through a photo slideshow of a superb range of sports and pupil participators. This was followed by a delicious two-course meal in which those gathered could choose between Thai green curry or roast beef, followed by chocolate cake or meringue (perfect nutritional choices for our up and coming sports stars!) During the lovely desserts, it was with pride that we watched some of our U6th sports captains reflect on their time at Wallace, their favourite memories and their hilarious comments regarding various team members! This was superbly led by Geography teacher and interviewer, Mr Simpson, who would give any BBC sports reporter a run for their money! 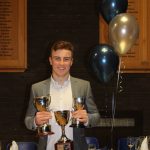 We were honoured this year to be joined by two fabulous guests with the first, former pupil Sarah Montgomery, presenting an array of Prizes, Certificates and Colours to our young sports players. Sarah is a Northern Ireland International Netball star and an excellent role model for our young people striving for excellence!

One of the most successful elements to the evening was the relaxed atmosphere which was aided by Mr Kidd and Mr Simpson who led a range of interactive activities in the form of “Red or Black.” Some rounds had previously been videoed, with one game on the night seeing both staff and students attempting to score with a netball shooting competition. In another round Jane and Zoe Kilpatrick went head to head in a sisterly rivalry whilst some of our young golfing stars attempted to hit a ball closest to a set target. After various intriguing rounds Callum Patterson enjoyed being crowned the winner! 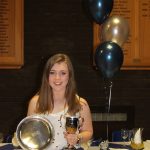 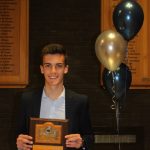 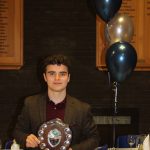 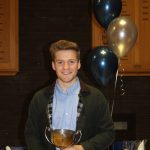 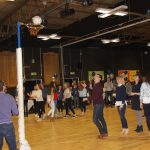 Despite the already brilliant night that our sports community was enjoying, perhaps the highlight of the Sports Awards was still yet to be witnessed. Our second guest, downhill mountain bike star Colin Ross, brought something different to the table with his biking experiences. We watched a short video of his audacious mountain biking before he wowed everyone with his balance skills in person! He demonstrated various impressive tricks, culminating in a spectacular jump over 10 ‘wide eyed’ and brave volunteers!

Senior teacher, Mr Reid, expressed, “Thanks must go to the PE Department, our fantastic guests Sarah and Colin, and everyone who contributed to this very enjoyable occasion! Congratulations must go, most importantly, to the considerable amount of young people who superbly represent Wallace, with both talent and hard work through the school year through a tremendous range of sports!”