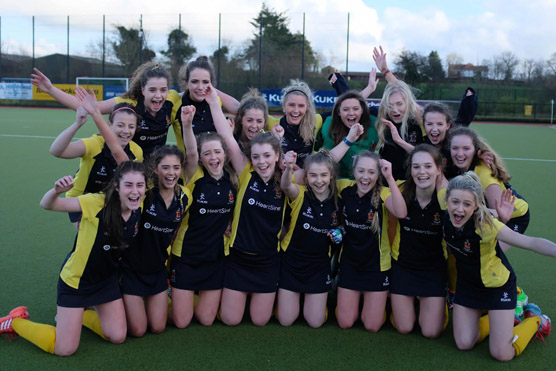 A huge congratulations must go to the Wallace Girls’ 1st XI for a courageous display against Royal School Armagh that now leaves the team one match away from making school history! The Ulster Senior Schoolgirls’ Cup so far has been a trophy that has proved elusive. Wallace have matched this final feat once before as six years ago they played in the final against Lurgan College. On that occasion, Wallace narrowly lost on strokes, with coach Maggie Hunter coming so close to delivering the ultimate silverware in Girls’ hockey and now with a talented squad she remains as determined as ever to win this competition!

The semi-final fixture played on Wednesday 8th February was a close encounter but ultimately it was a deserved win for the Lisburn outfit! Wallace started the game strongly keen to get on the front foot with attacking play and by winning a series of penalty corners. This pressure paid off when a break from the left wing enabled Rachel Houston to score the first goal of the match. It is no surprise that a strong Armagh side responded with a number of close attacks and, helped by key players, Hannah Irwin and Alana Doyle in midfield, they levelled the game through the aforementioned Hannah Irwin. Wallace needed to maintain their discipline and remained strong in defence with increasing pressure from Armagh but Wallace were to have the last major action of the first half as Alyssa Jebb scored from the rebound shot that came from a penalty corner!

In the second half, Armagh continued to apply pressure but the defence of Wallace was growing in confidence and produced a superb second half display, with Harriet Matchett encapsulating the determination of the team not to concede an equaliser. In fact as the half wore on, the greater threat was coming from Wallace as they sought to make sure of their final appearance. A number of attacks came close to bringing further goals, with particularly impressive performances from Jane Kirkpatrick and Rachel Houston in midfield. In addition, Jasmine Kirkwood and Alyssa Jebb continued to harry the defence and press from the front while Year 11 pupil Rebecca Ayerst came on to deliver an assured performance in midfield, indicating much promise for the future! Despite Wallace’s dominance throughout the latter stages of the second half, the excitement and nerves were not to be over until the final whistle! Armagh ensured that the blue and white army of Wallace supporters were left on edge as they won a penalty corner in the last minute. Much to the relief of our team and supporters they were unable to capitalise on that opportunity and the celebration began with the realisation that the team had now reached the final! The effort applied to the game from Wallace players reaped its reward and now the School can anticipate the final of this prestigious competition. 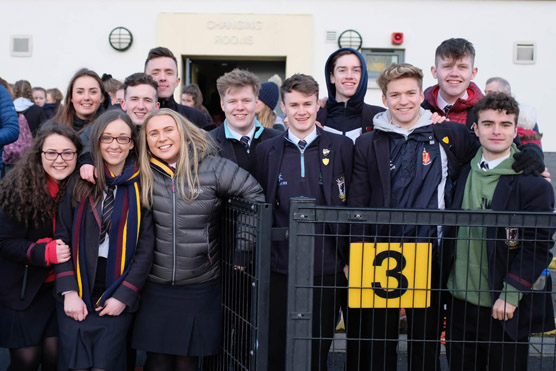 Wallace can go into the final with confidence with tremendous victories in earlier rounds against Down High School (5-0), Friends School Lisburn (2-0) and now, Royal School Armagh (2-1)! A tough encounter remains in the final of this competition with strong opposition awaiting in Banbridge Academy. The result is yet to be seen, but one thing is certain, that the Wallace players and coach Maggie Hunter will, ‘leave everything on the pitch’ in their endeavour to win this Cup!

Well done to the Wallace Girls’ Hockey 1st XI and good luck to the team as they prepare for the final of the Ulster SchoolGirls’ Cup!