The Wallace High School 1stXI defeated Foyle & Londonderry College by 2 runs in a pulsating encounter to reach the Ulster Bank Senior Schools’ Cup cricket final. Wallace had defeated Antrim GS, Methodist College and Bangor GS on their cup run and were underdogs against a Foyle side who had beaten cup favourites and previous years winners Belfast Royal Academy.

Wallace travelled to Foyle in damp conditions and the rain increased on arrival. The pitch had suffered from overnight rain with water visible on the outfield. Both teams were keen to play cricket and after an initial delay ex international umpires Noel Ward and Connie McAllister took to the field. Foyle won the toss and put Wallace into bat.

The opening stand of 81 runs for the first wicket was vital to the success of team as Jonny Hunter and Nathan Doak played steadily in difficult conditions. The run rate gradually increased as Wallace reached 81 in the 17th over. Nathan Doak went after a slip going for a single and Josh Cardosi entered proceedings with Wallace well set in a promising position.

Jonny Hunter and Josh Cardosi then put on a quickfire 59 in 8 overs before Hunter fell for an excellent 74 which included 10x4s and 1×6. Cardosi went shortly after for a well played 24. The run rate slowed in the final overs and it was generally felt that Wallace at 158 for 3 from 29 overs might be 20 runs short.

The Foyle innings began quickly with both openers playing shots as they put on 43 for the first wicket in 8 overs. The introduction of Nathan Doak curtailed the run rate as he bowled a tremendous spell 6-1-20-2. He was ably supported at the other end by Josh Cardosi 6-0-20-1. 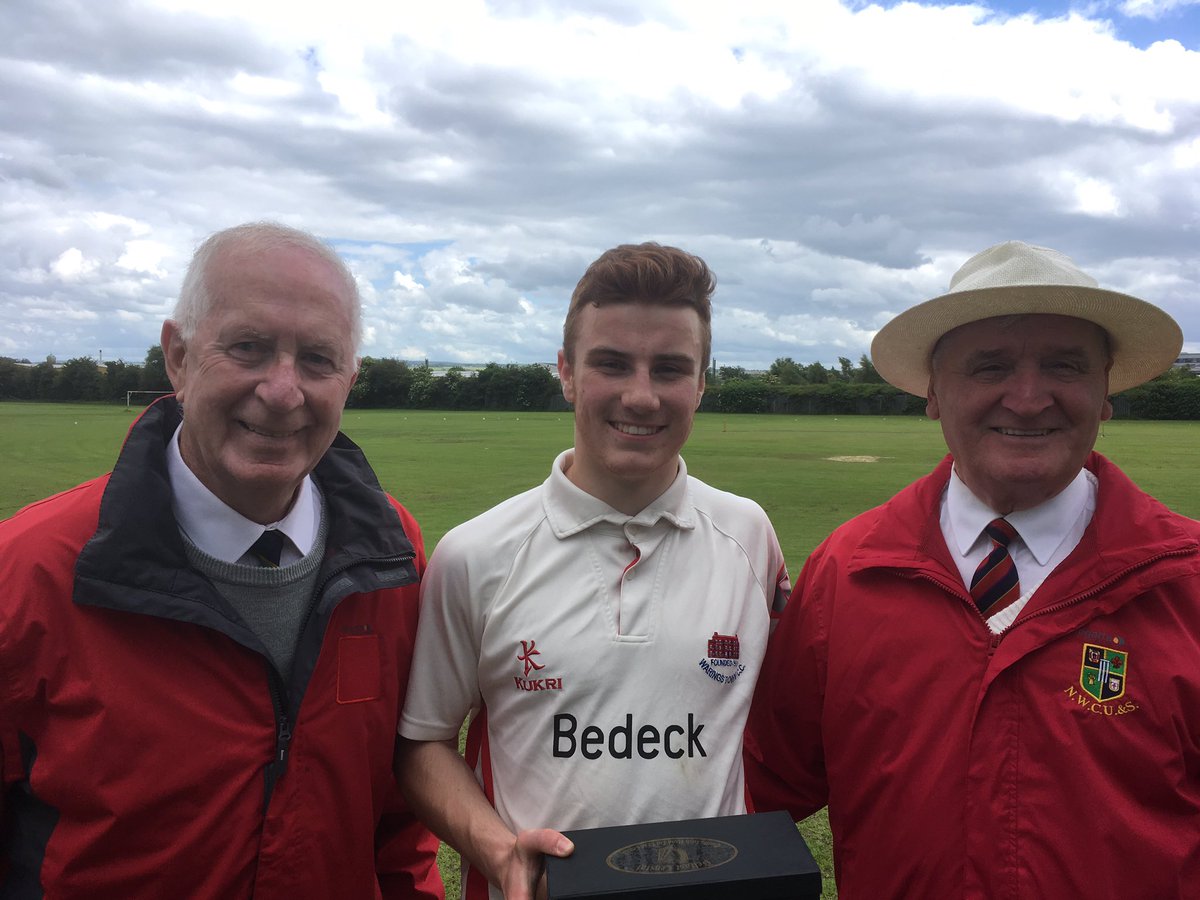 Wallace continued to take wickets and were in the box seat as Foyle reached 99 for 6 in 22 overs needing a further 60 off 42 balls. However the Foyle number 6 batsman J.McComb had other ideas as he clawed Foyle closer to the target. Foyle needed 28 off 18 balls, 21 off 12 and 11 off the final over. Sam Cardosi stepped up to the mark and when his fifth ball was a dot, Foyle required 5 off the final ball. They got two and Wallace were ecstatic.

This was a tremendous result for a Wallace team devoid of any real stars and with only one player selected for the Ulster Schools’ Trial. The dedication and commitment of the players throughout season has been tremendous and they have played cricket in a positive workmanlike fashion within their limitations.
After the game Wallace High School Captain Jonny Hunter was awarded the Man of the Match Award from ex international umpires Noel Ward and Connie McAllister.