The Wallace High School boys’ hockey 1st XI have progressed to the final of the Burney Cup after a nerve jangling penalty stroke competition against Cookstown High School on Wednesday!

The Lisburn school started their campaign in early February with a home tie against Campbell College. Andrew O’Hare scored a well taken goal in the first half but, despite creating several clear cut opportunities, they couldn’t find the all important second goal and were left hanging on at the end when Campbell equalised. Indeed, Jordan Taggart saved a last minute penalty corner off the line to ensure that they earned a replay which was played after half term.

Campbell College hosted the replay and a much improved performance saw Wallace win more convincingly than the 3 – 2 score line suggested. O’Hare was again to the fore with two well taken goals, whilst Jacob Hermon sealed the victory with a superb reverse stick finish which sailed high into the net, a worthy winner in an exciting cup tie!

The semi-final was held on Wednesday 8th March at Lisnagarvey Hockey Club against a Cookstown High School team which had defeated Wallace earlier in the season. Fantastically this time the Lisburn school overturned this outcome with a brilliant win! All the ingredients were there for an exciting semi-final and the large crowd were not let down with the game that unfolded! 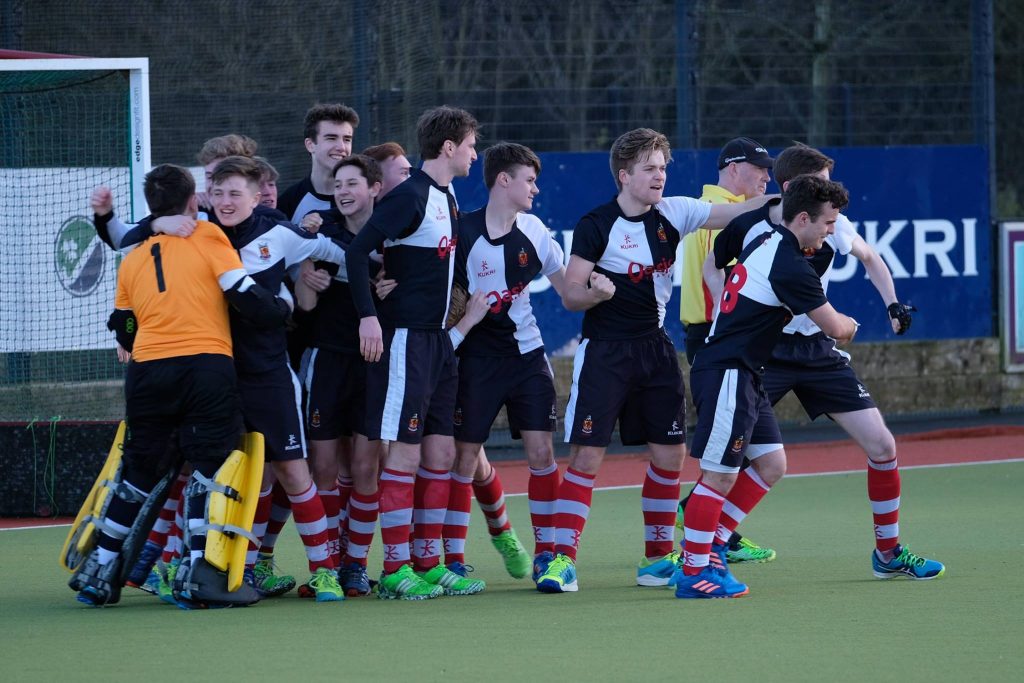 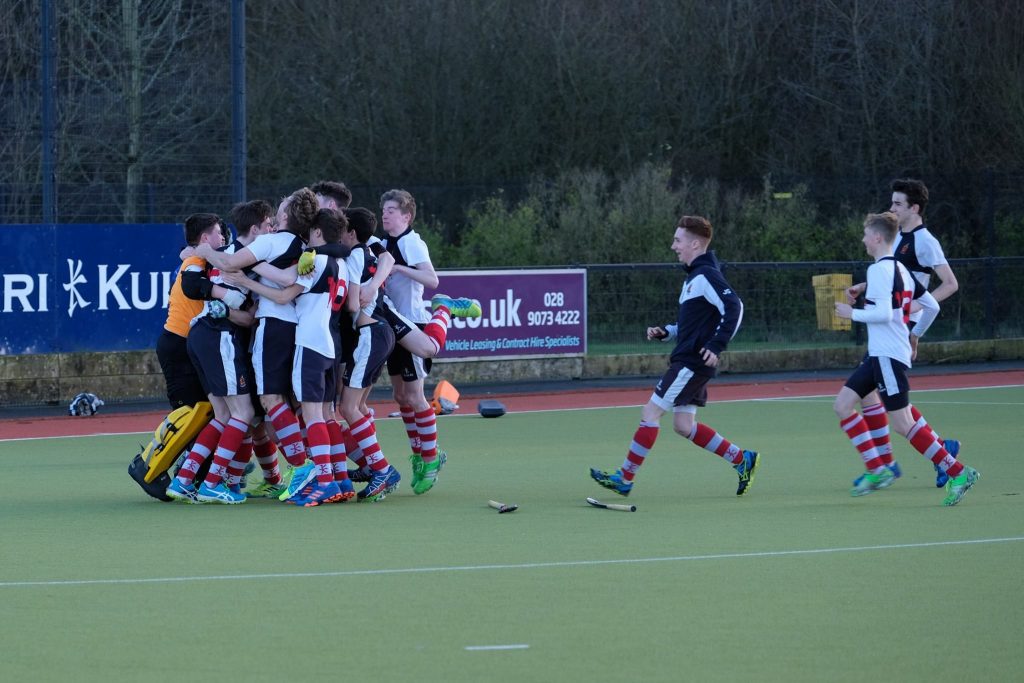 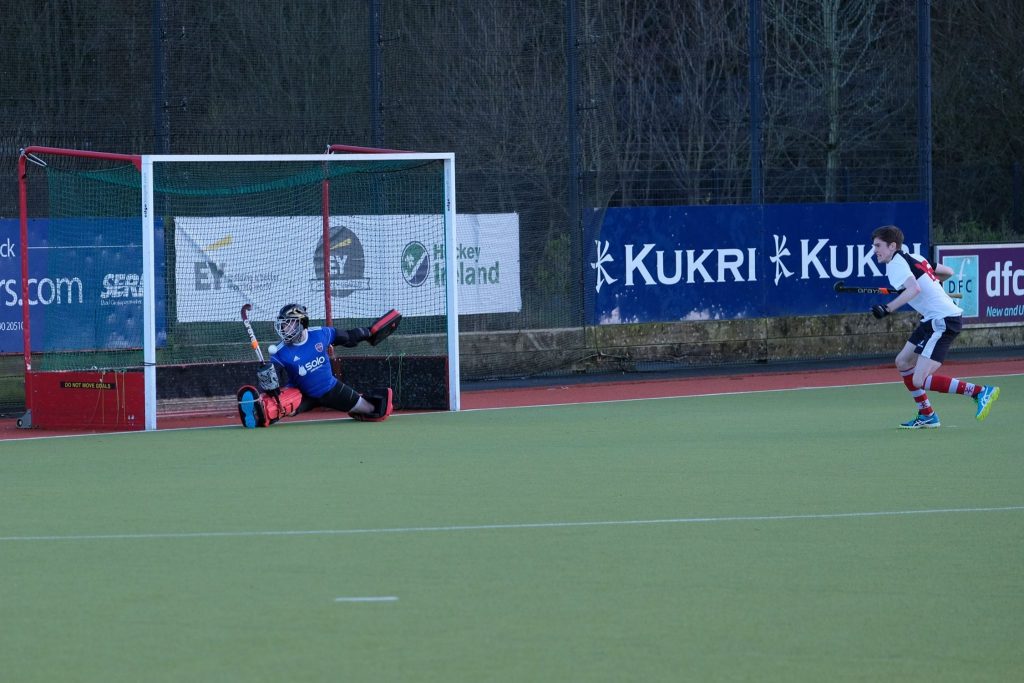 Wallace started this high scoring game with a well taken penalty corner from leading scorer O’Hare, before Cookstown hit back with two superbly executed penalty corners of their own. A superb run and cross from Craig Getty down the right hand side resulted in William Carey netting the equaliser, but some sloppy defence saw Cookstown go in at half time with a slender 3 – 2 lead. Into the second half and a much more energised and focused Wallace team emerged. Immediately Ben Nelson and Andrew O’Hare (with another well taken penalty corner) gave Wallace a lead but, despite again creating some good opportunities, they could not score the all important goal to take them two clear. This left them vulnerable and, low and behold, Cookstown scored another penalty corner to leave the final score 4 – 4 after full time!

Extra time was a largely cagey affair and so the dreaded penalty stroke competition would be needed to decide who would play Sullivan Upper in the final. Scott McCabe, Jordan Taggart, Andrew O’Hare and Jacob Hermon scored the first four strokes for the Lisburn school, whilst James Ritchie saved the third stroke from Cookstown. When Craig Getty slotted in the final Wallace stroke he was engulfed by his teammates who can now look forward to next weeks final! 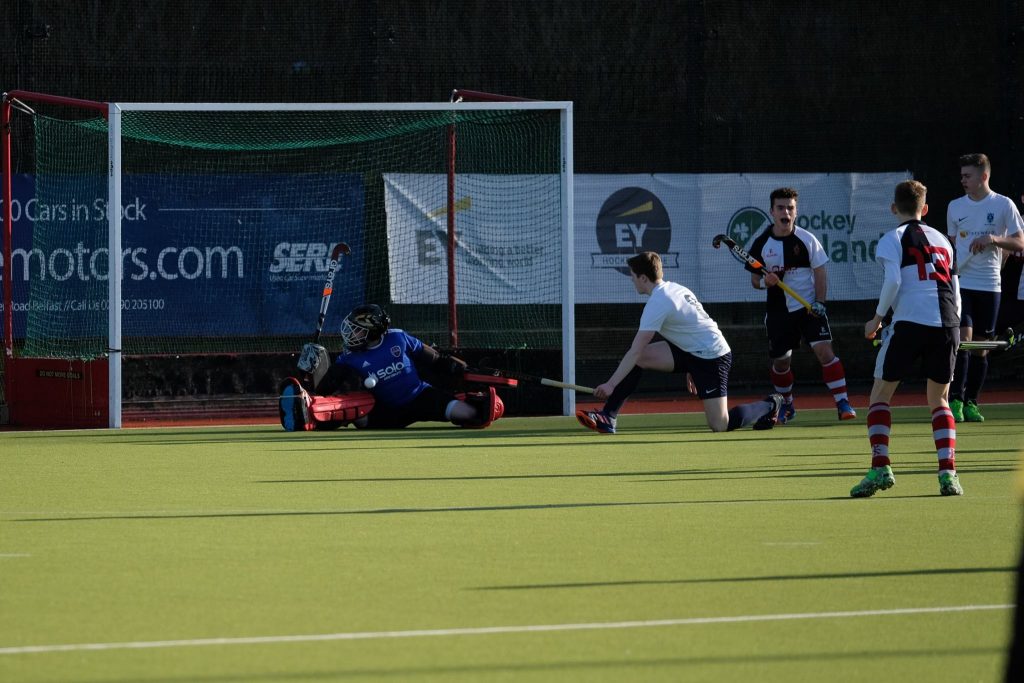 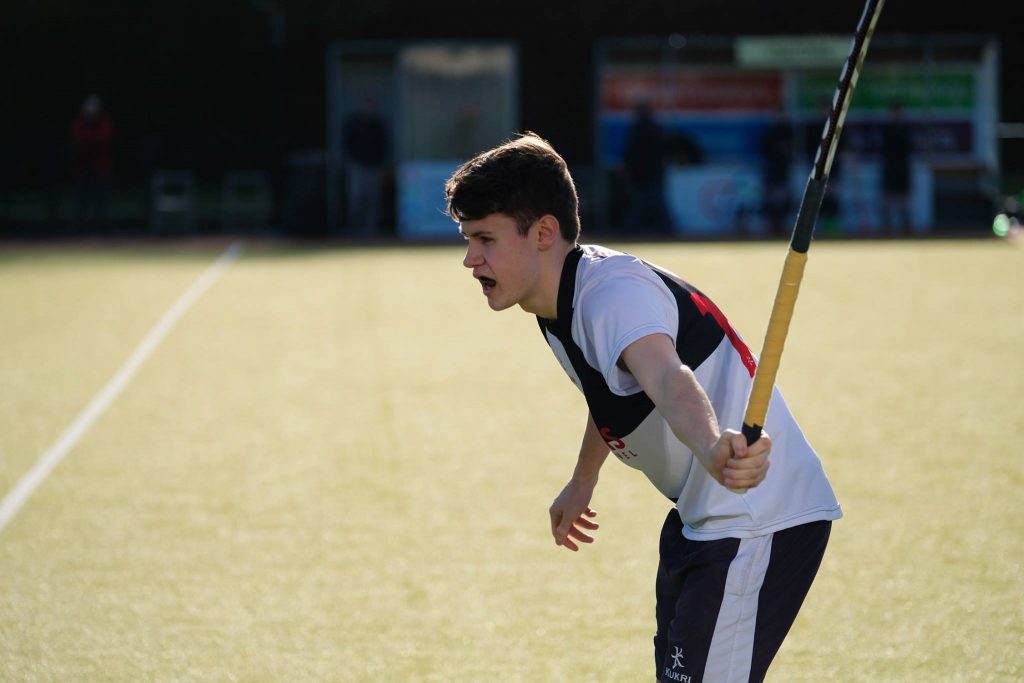 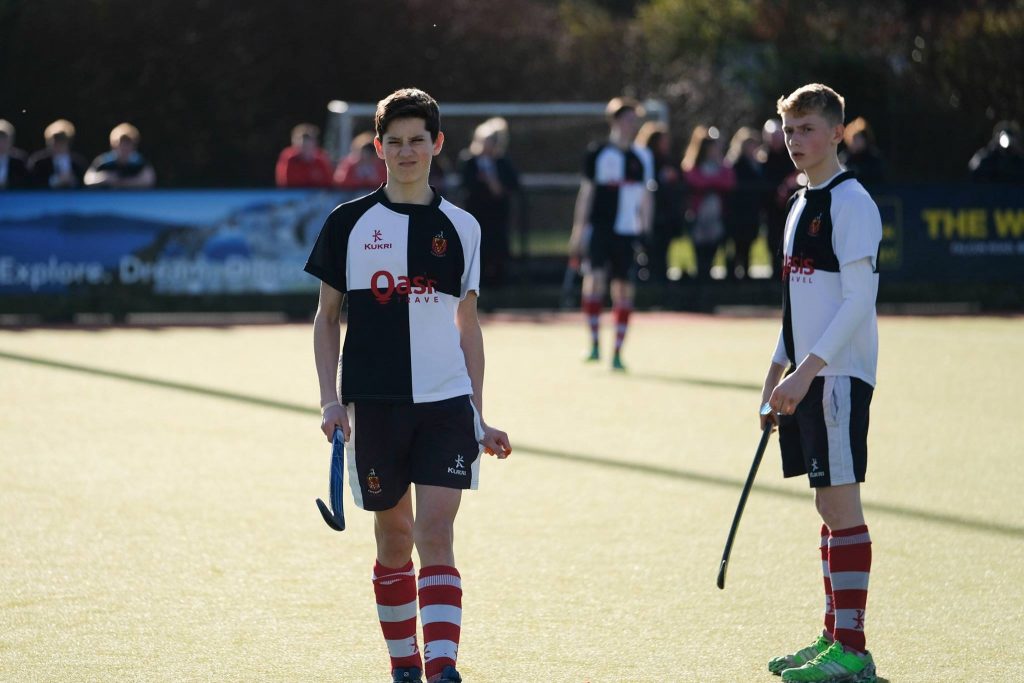 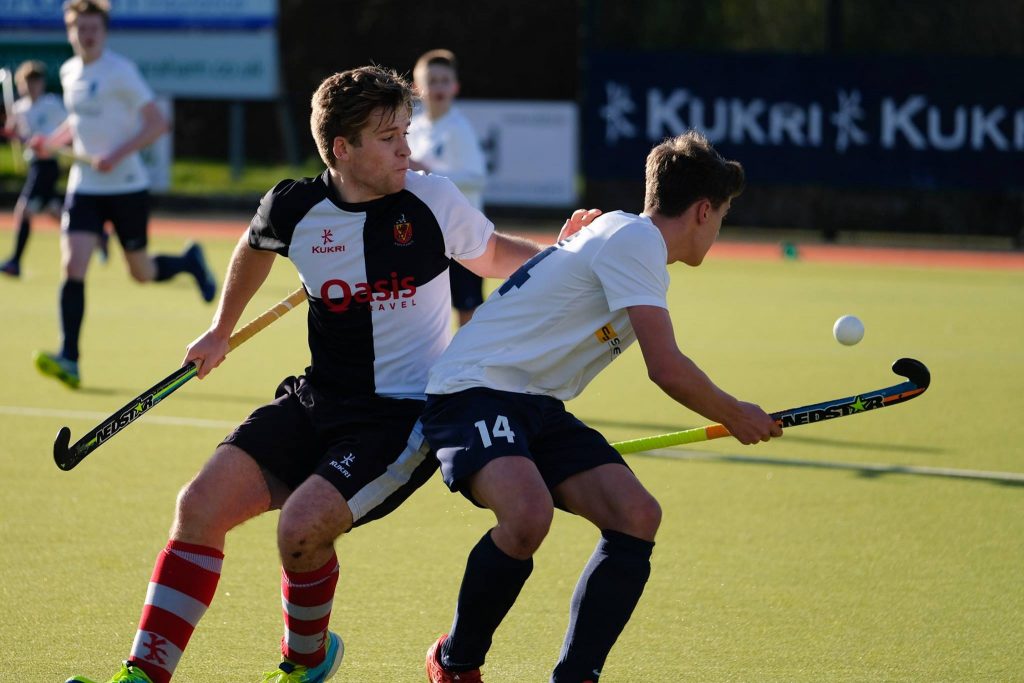 The Burney Cup final will be played on Thursday 16th March, with a 7pm start at Stormont. This will follow the World League match involving Ireland which starts at 4.45pm and which will feature the two previous Wallace 1st XI captains, Sean Murray and Matthew Nelson, who have been named in the Irish squad for this major tournament.

All involved in hockey at Wallace would appreciate the support of current and past pupils, parents and those in the wider Lisburn community in what promises to be an exciting showpiece event. The 1st XI also wish to thank their principal sponsor, Oasis Travel, for their continued support.