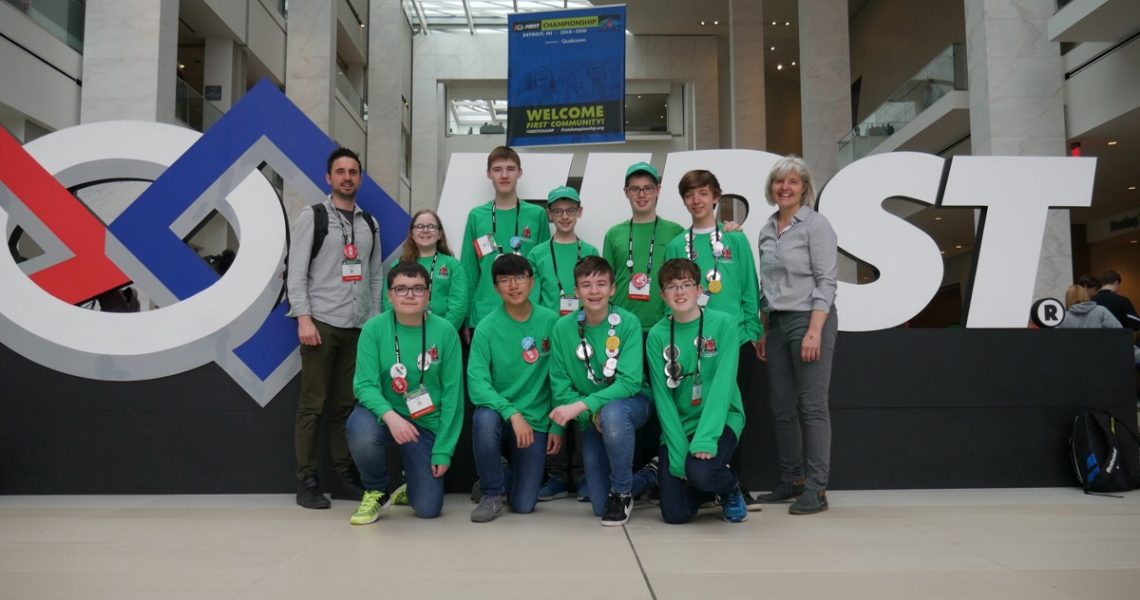 Representing Northern Ireland in the World Championships could have been seen as a daunting task but Team [email protected] (Wallace at first Lego League Esperance) from Wallace High School did just that with 6 weeks’ notice!  It was an experience for this young team of nine pupils which they will remember for a lifetime as a source of constant inspiration.

The First Lego League Club at WHS runs in the Autumn term one afternoon a week for pupils in Year 9-Year 11.   It is a club with many aspects; building lego, coding, researching and presenting projects, designing robots, teamwork and having fun.

The N. Ireland competition takes place in December @ W5 and this was the first year that Team [email protected] was placed, winning the Robot Design Prize; this accolade earned them their spot in the World Finals although this didn’t become apparent until much later. 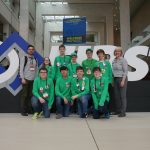 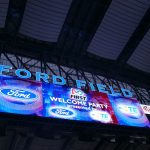 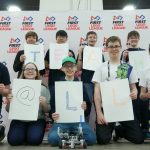 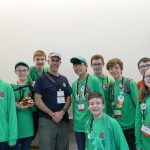 The First Lego League teams build Lego based robots and develop research projects based on a real world challenge; this year it was Hydro Dynamics.  The team researched the problem of water use by visiting NI Water staff at the treatment plant in Belfast; this was an interesting visit seeing how water had to be processed before it was piped to Belfast Lough. The problem they chose to address was “Too much water has to be processed”.  Their solution? Reduce the waste using a social web based app to encourage their peers to spend less time in the shower thereby reducing water usage. This was a clever app and was well received by the judging team in Detroit.  A by-product of the club is team work and this was Team [email protected]’s highest scoring area; these are excellent life skills much desired by employers in a digital age. The team was pleased with the robot performance scoring a personal best score for the tasks set on the third run of the competition.  If the pupils who have travelled this journey continue to nurture their interest and enthusiasm for learning Team [email protected] will be back!

Lewis Carson Year 9,   ” …meeting the top developer #seejohnrun at GitHub Inc., we talked about the programming tools available on GitHub for a young programmer like me…”

Andrew Li Year 11, “…having a Rubik’s Cube playoff with Scott Evans the designer of all the FLL tasks since 2009, he also gave us (just Team [email protected]) an insight into his everyday work without giving us any hints for next year’s challenge….”