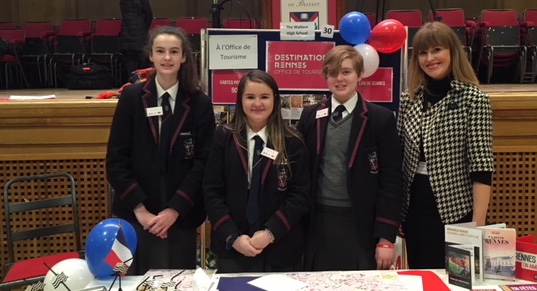 The competition was designed for Year 10 pupils; its objective was to create a simulated French trade fair. Each school team of four members planned and set up a trade stand which could represent a tourist information office or sell a specific product. 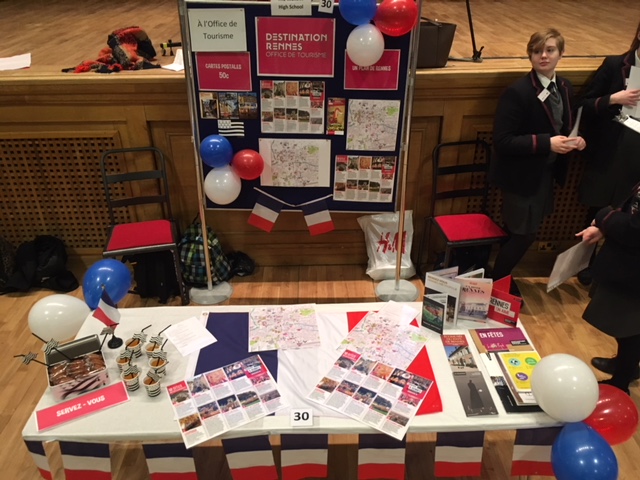 The Wallace team decided to create a Tourist Office stand for the French city of Rennes as this is the home city of Emeline, Wallace’s French Assistant.  Emeline proved to be a wonderful source of information about Rennes as her enthusiasm for her native city shone through her conversation. The Wallace team members were delighted that Emeline was able to provide some authentic resources for them as this added to the realism of their stall.

The highly committed team members met every Wednesday after school from November to prepare for the event, perfecting their French vocabulary and maybe even suitably Gallic shrugs!

The competition took place on Monday 5th February in the splendid surroundings of the Whitla Hall at Queen’s University Belfast. The teams had preparation time to set up their stalls and the pupils were then visited by several judges. Team members were assessed on their level of French, the content and presentation of their stall and their customer service skills.  After the judging the teams were given a guided tour of the University Campus before attending a talk by Benoît Le Dévédec from the Institut Français. The speaker highlighted the general benefits of learning French and subsequently addressed its relevance for employability. 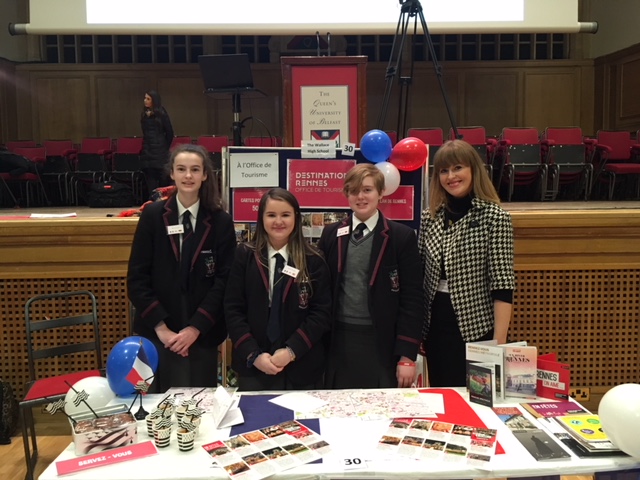 A great day was had by all and the French Department is already looking forward to entering another team in next year’s event! Merci beaucoup to Emeline and Mrs Schumann for their encouragement and support.