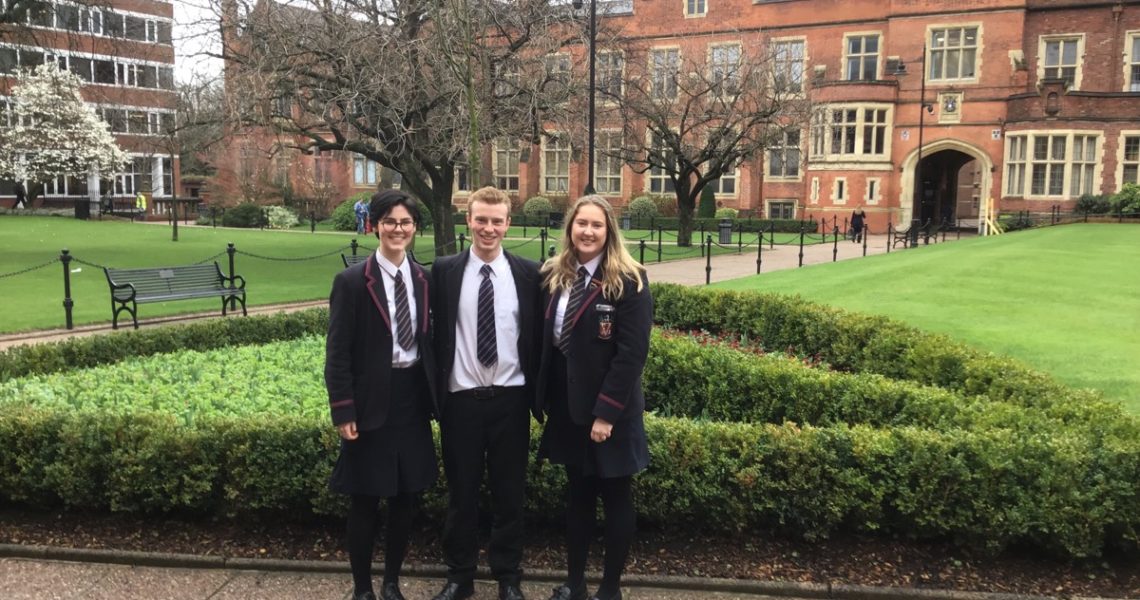 Jack Campbell, Eve McMullan and Naomi Davidson were given a week to prepare their topic, before facing Campbell College as their opponents.

The complex and controversial motion, “This House believes that soft drugs should be legalised” challenged both language skills and knowledge of law and current affairs.

Team Captain Jack Campbell was named Best Speaker and the Wallace students were delighted to defeat their stiff competition.

“We had a superb day at QUB and I’d like to thank our German teacher Miss Ferguson and our Language Assistant Leonie for all their support. The experience has undoubtedly honed our language skills and improved our confidence. I’d certainly encourage students to take part in such opportunities offered by NICILT.”

“Jack, Naomi and Eve were a credit to Wallace and certainly held their own against stiff competition from five other

Grammar schools. Despite not being overall winners, they gained valuable insights into German culture. It was wonderful to see so many young linguists flourish and I’d like to thank NICILT for their ongoing support.”