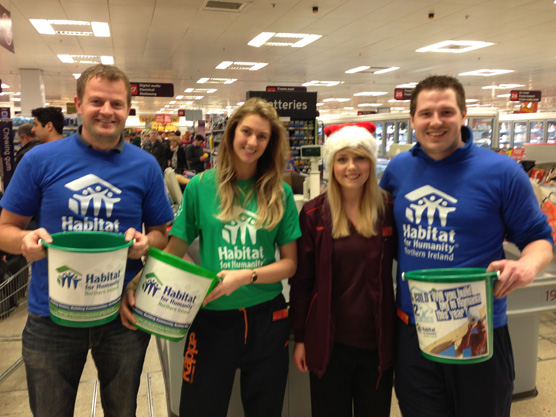 Christmas shoppers helped swell Wallace’s fundraising for homelessness charity Habitat for Humanity. A team of Wallace students are heading for Mulanje, Malawi in late June/early July to work with this well-known humanitarian organisation. Currently working in 80 countries world-wide the charity has a vision of a world where everyone has a safe and decent place to live through the elimination of housing poverty and homelessness. Team members must take responsibility for running their own events in addition to supporting the team ventures.

Staff leaders Laura Topley, Steven Alexander and Matthew Glenn were thrilled to secure the opportunities of bag-packing at local stores on two of their busiest trading days. Team members manned the checkouts at Tesco and Sainsbury’s raising a grand total of almost £4,000. Commenting on the traditional “food shop” by families stocking up for Christmas Laura observed “It was really busy in both stores but we are so grateful to the staff for making us so welcome and to all the people who gave generously. It was really encouraging that many people even took the time to wish us luck with the project. We would also like to thank other members of the Wallace staff who came along and helped us make the most of the opportunity.” 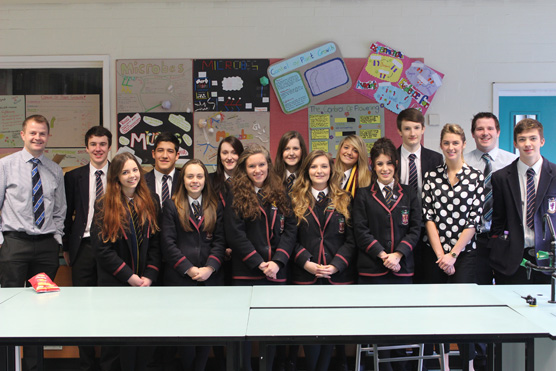 Head Girl Kate Millar, who is studying “A”level Home Economics, also gained valuable insights into eating habits. It would appear that for many people Christmas isn’t Christmas without a certain chocolate orange promoted by the Vicar of Dibley!

Other recent successful fundraising events run by the team and its supporters include a quiz and carol singing. Details of forthcoming events will appear on the school website.