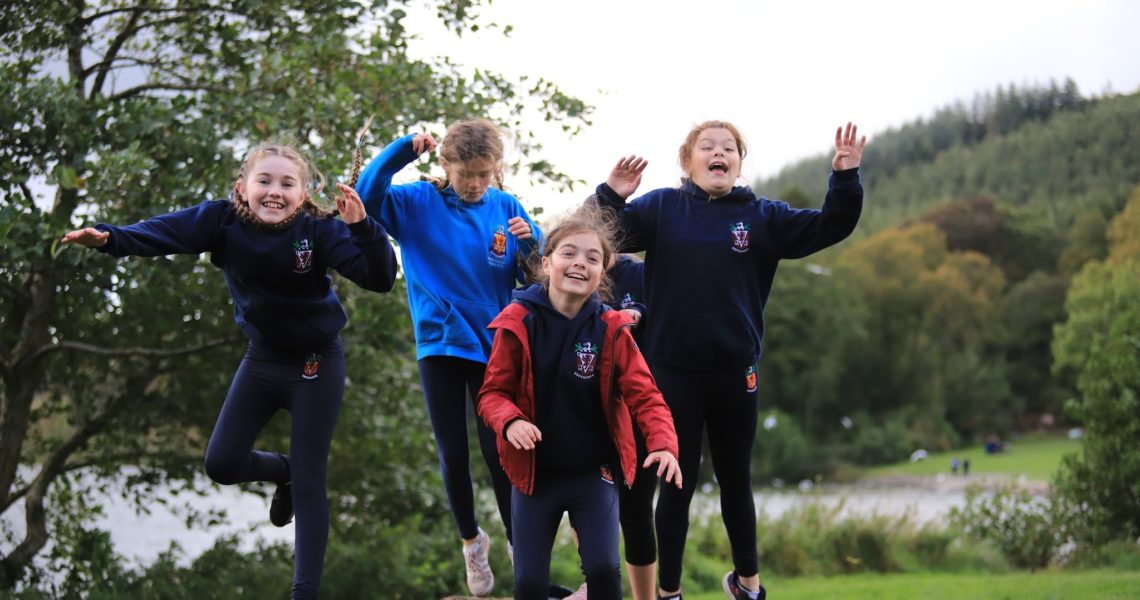 Amazing as it seems Year 8 pupils have completed their first half-term at Wallace! Whilst individual pupils will have their own highlights there have been some terrific shared experiences which have helped the pupils make the much-anticipated transition from primary to Grammar school.

Adventure Day in September to Castlewellan Forest Park is the “ stuff of which memories are made” with adventures aplenty. Pupils have a great opportunity to bond with each other, challenge themselves physically and build team work skills. Activities include archery, canoeing, orienteering, a maze challenge and team challenges. Little wonder the exhausted Year 8 pupils described the day as “ awesome”.

A further highlight is the Year 8 concert which played to a capacity crowd this week. Each set provides soloists and a group item. The focus this year was “ What makes a good song?” And although Mr Falconer struggled with CountryRoads ( did he prefer Olivia Newton-John as Sandy in Grease?) he agreed that he could see why others liked it! Year 8 love ( apparently) Hey Soul Sister as we heard enthusiastic renditions from several group.

Traditionally,  stars are born at this event-or perhaps forecast- as some pupils enter as very accomplished musicians. Abigail MCCleary on clarinet was superb, Ameara Gormley and Ellen Porter sang a magical duet of Somewhere Over the Rainbow and we have a number of delightful piano solos. For sheer aplomb nothing matched Set 1 and the 24 iPads displayed on screen; it was a feat of technological brilliance and a health and safety Halloween horror!

Year 8 missed out on the first Bake Sale of the school year ( gadding about on Adventure Day) so enjoyed greatly the Rotary Interact Halloween Treats sale. Released a little early from class to get prime position the Year 8 pupils “ descended like locusts” to quote Mrs Weir and nearly bought the entire stock! ReadOn has provided a pleasant ( and hopefully profitable) end to the half-term as Year 8 read to raise funds for the Cancer Fund for Children.

“ This was a great evening and I’m delighted with how the new Year 8 pupils have settled into Wallace life. I wish them a very restful holiday and congratulate them on making an excellent start to their school careers with us.”