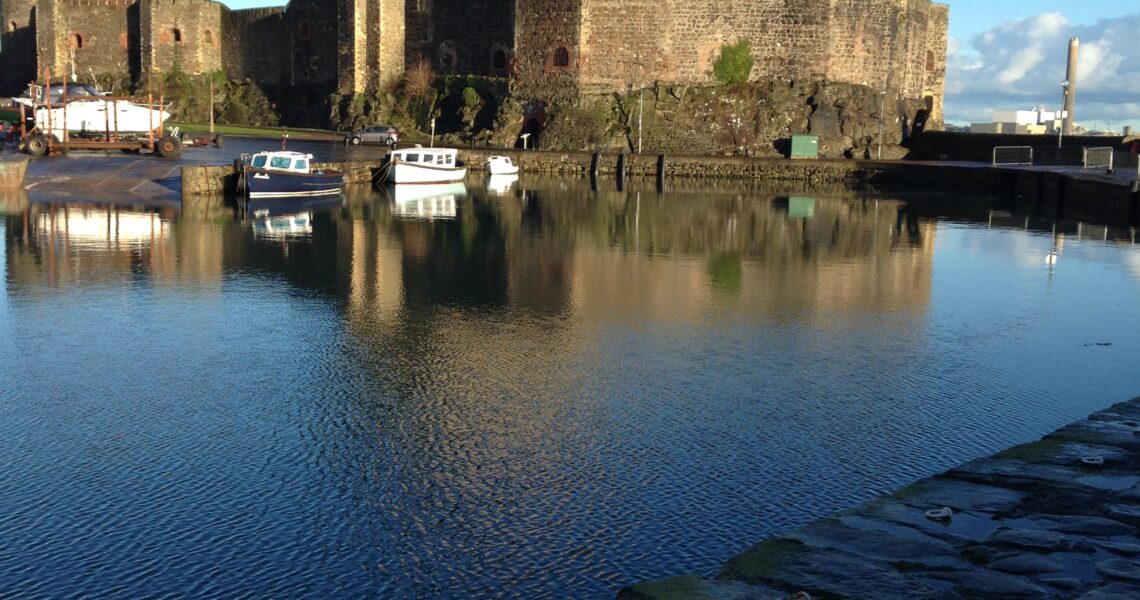 For the first time in several years our Year 8 pupils travelled to the iconic location of Carrickfergus Castle to add the colouring of reality to their studies. The study of the Normans in Ireland is a key element of the Year 8 curriculum in History classes with many older pupils having fond memories of building their very own versions of a Norman castle.

Reality did not disappoint and there was considerable excitement as the castle loomed into view in its dominant position overlooking Belfast Lough. Each class set enjoyed the experience of seeing the various tiers of the feudal system illustrated by their peers donning “status appropriate” costumes provided by the castle’s education department staff. Peasants, knights, lords, ladies and even royalty…we saw them all. Our tour guide provided an excellent commentary which reinforced much of the classroom based learning and vocabulary about the feudal system and the construction of castles but the real pleasure of such a trip lies in such joys as the “trip step” (now signposted for health and safety! ), the “terrifying” spiral staircases and the models of such delicacies as a swan and a pig’s head at the banqueting table! The origin of the phrase “the wrong end of the stick” brought shudders as the pupils imagined grasping a sponge at the end of a stick covered in…faeces!!! Toilet etiquette apart, the pupils also heard fascinating facts about medieval weapons and the impact of the guns fired in times past from the castle’s ramparts on nearby windows.

Perhaps the highlight of the tour was a story about Sir John de Courcy who had a reputation for being a ferocious but God-fearing warrior. The only day (allegedly) that Sir John did not wear his armour was Good Friday so Sir Hugh de Lacy sent men into the church to capture the bare-footed Sir John who was praying at the altar. According to an account in the Book of Howth “he had no shift to make but with the cross pole, and defended himself until it was broken and slew thirteen of them before he was taken.”

“Our thanks are due to the staff of Carrickfergus Castle for making this a memorable day out. We had a great time viewing the castle and listening to the tour guide’s exemplary commentary. It was highly educational and totally engaging. The History teachers didn’t know that story about Sir John but it will feature in our lessons from now on!”