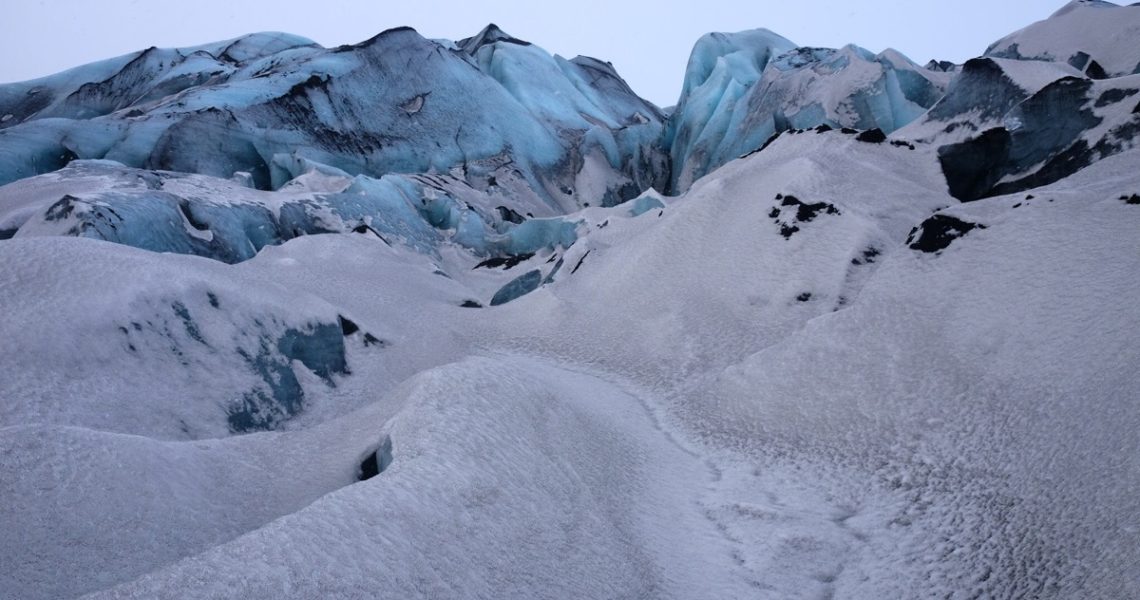 Iceland is a dream destination for those individuals who are passionate about Geography. It therefore comes as no surprise that it was the destination of choice for the most recent Geography department fieldtrip. Miss Topley, Mr Atkinson and ten eager pupils set off for Keflavik airport on the 18th February and were greeted by the celebrated tour guide Sigurður Albert Ármannsson upon arrival. Not to miss any given opportunity, the group’s first stop after the airport was the decidedly more scenic Blue Lagoon. There were smiles all round when the group was told they would receive a free soft drink and face mask once inside! After an hour of relaxing in the geothermal pools, the next stop was the Viking Hotel to unpack.

Day two began with an early start and breakfast served out of a Viking boat. With quite a heavy snowfall on the ground, the tour of choice was the South Shore Adventure. When the group hopped off the bus at the first stop, they had quite a walk ahead of them. The icy surfaces and tentative steps were more than worth it for the sight that beheld them at the end; the Solheimajokull glacier. Unfortunately, the glacier is retreating at more than 100 metres a year and the difference in its appearance since 2017 is vast. However, the glacier has still managed to retain its vibrant blue colour and this stop proved to be a spectacular start to our second day in Iceland. Moving further along the South coast the next stop for the group was Reynisfjara beach, where impressive basalt columns rival those of the Giants Causeway. After a few attempts at snow angels in the black sand, it was time to hop back onto the bus and head towards the quaint town of Vik. Little did the group know, some of Iceland’s most popular waterfalls were yet to greet us on the return journey. It is difficult to put into words just how incredible the Skogafoss waterfall is and it could be suggested that even the pictures do not do it justice. The group was up to the test however and spent plenty of time trying to get the perfect selfie in front of the 60m drop. Not many of our young people would have expected dancing to form part of the Icelandic tour, but Albert was insistent on performing a traditional Icelandic dance in an old community cave as our next activity. Mr. Atkinson will be delighted that no phones were available to capture this moment; the group was too busy holding hands, singing and mastering steps only familiar to Icelandic folk in generations past. After a final stop at the Seljalandsfosswaterfall it was time to return to the hotel. The Domino’s pizza and ice cream purchased after our two course meal in the hotel acted as a friendly reminder of just how many steps had been covered on day two!

The third day was spent taking in the sights of the Reykjanes peninsula. After failing to spot much wildlife the previous day, the group was delighted to discover that a seal had come to say hello at one of Iceland’s most famous and wealthiest churches -StrandakirkjaThe next stop was the Krysuvik geothermal area, where a strong smell of rotten eggs greeted the group prior to seeing anything with their eyes! Some time was spent driving through textured lava fields before arriving at the “Bridge Between the Continents”. Here, the pupils were able to stand between the American and Eurasian plates, all while surrounded by the breath-taking scenery of the Reykjanes peninsula.

For the final day, the group embarked on the celebrated ‘Golden Circle’ tour. This jam-packed excursion included a VIP visit to the Friðheimar Greenhouse, Faxi Waterfall, Geysir geothermal area, Gullfoss Falls and Þingvellir National Park.A particular highlight was definitely witnessing the Strokkur geyser shoot a column of water 30 metres into the air in a thrilling display of nature’s forces. The group was also fortunate enough to make a stop at a local dairy farm that produced its own ice cream; salted caramel and banana proving to be the most popular flavours! Finally, no trip to Iceland would be complete without experiencing the spectacle that is the Northern Lights. After an uneventful hour patiently waiting for the Aurora Borealis to appear, the light show finally came to life; Iceland really did save the best to last on this trip. We are already looking forward to going back!