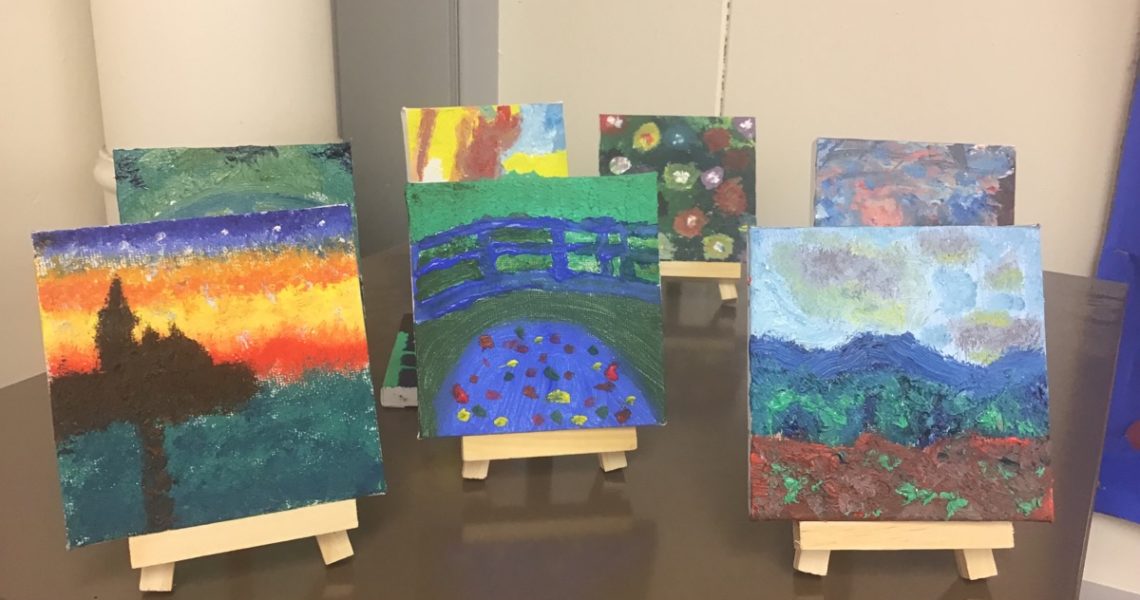 February’s meeting of the JLC focused on the world of French Impressionism. After a brief introduction to the history of this painting style and the main artists of the genre, pupils were given their own mini easel on which to either reproduce their version of one of the established masterpieces or to create their own in the impressionist style. There were some original interpretations of Monet’s Japanese Foot Bridge and Water Lilies as well as interesting sunsets.

The pupils spent a relaxing afternoon creating some wonderful works of art while munching on a few choice ‘bonbons’. Everyone would like to say ‘un grand merci’ to Madame Burns for organising such a stimulating, educational and meeting. Next month, it’s the turn of the Spaniards.