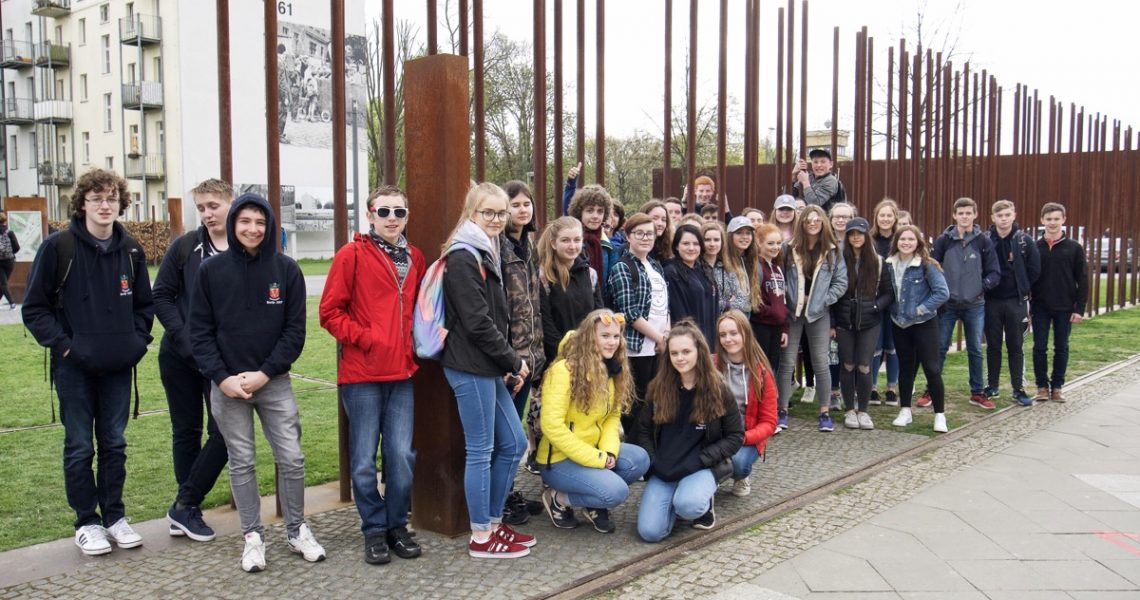 Wallace High School students recently enjoyed a short study tour to the historic city of Berlin. As well as honing their language skills in time for examinations, pupils had the opportunity to immerse themselves in German culture and history!

The ‘Fat Tire Bike Tour’ gave the Lisburn party a fun opportunity to explore this vibrant city, learn fascinating historical facts and visit many famous monuments including the Brandenburg Gate and Checkpoint Charlie! It included a lunch stop at a popular local ‘Biergarten’ where the Wallace group was able to sit in the sun and enjoy their first German”Bratwurst.” We then visited the impressive ‘Reichstag’ parliament building before some souvenir shopping in the ‘Ampelmann’ shop.

The Sports fans on the trip thoroughly enjoyed a guided tour of ‘Olympia Stadion’ on day two before a much more sombre visit to Sachsenhausen concentration camp. The historical reality of this visit was certainly hard to digest, before the group were lifted again with a visit to The ‘Fernsehturm’, Berlin’s TV Tower. This proved to be a big hit with our students as it offered spectacular views over the city, providing a great opportunity for some panoramic picutres! Other cultural and historical highlights of the five-day trip included poignant visits to the ‘Gedenkstätte Berliner Mauer’ which commemorates the division of Berlin by the Berlin Wall and the deaths that occurred there, the Stasi prison and the Jewish museum which will live long in our memories! 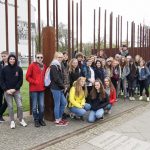 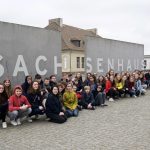 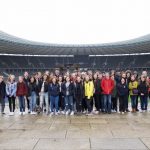 Year 10 Student Michael Walker commented, “It was very emotional to learn first hand of the turbulent experiences of many German people and I greatly valued the insights gained.”

The final visit of the trip was to the Berlin zoo which gave the group their last opportunity to enjoy the sunshine in this beautiful city before their return home!

Year 10 student Ruth Stewart commented, “Our bicycle tour of the city was great fun! It was lovely getting to know people from other year groups in school and I know my German speaking skills improved enormously.”

Benjamin Warwick, also in Year 10, added, “All the students would like to thank Miss Ferguson, Mrs Logan, Miss Frey and Mr Calvert for giving up their time to take us to Berlin.”

Tour organiser Miss Kerrie Ferguson concluded, “It was a pleasure to lead such an outstanding group of young people who truly embraced all that Berlin had to offer. These excellent ambassadors for their school and city flourished linguistically and improved their conversational skills enormously during our Berlin experience.”