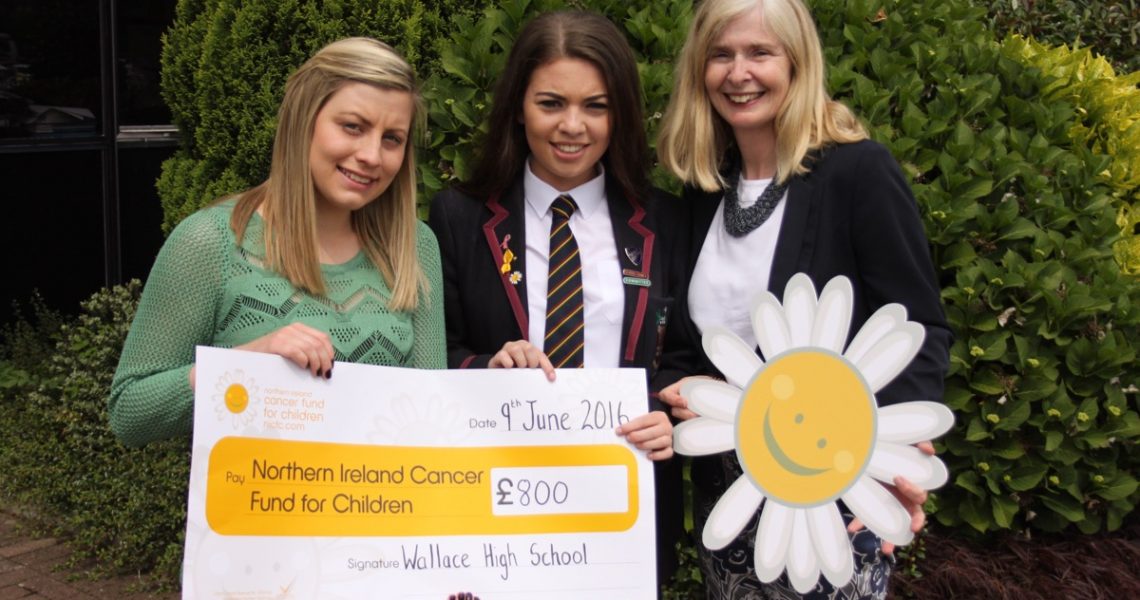 Former Deputy Head Girl Claire Hanna had a “red letter day” last summer when she opened a very special invitation. As a recipient of a highly prestigious Diana Award in memory of the late Diana, Princess of Wales Claire was invited to visit Althorp, the home of Earl Spencer. The Diana Award recognises young people who have made inspirational contributions to the lives of others through community work or fundraising for charity.

Claire was nominated for an award in recognition of the commitment she has shown to the Cancer Fund for Children; part of the submission for the award was a letter of commendation from the charity to accompany the school’s citation. During her years at Wallace Claire took part in Readon, organised collections, helped with bun sales, made jewellery and organised two “socials” for different Year groups. 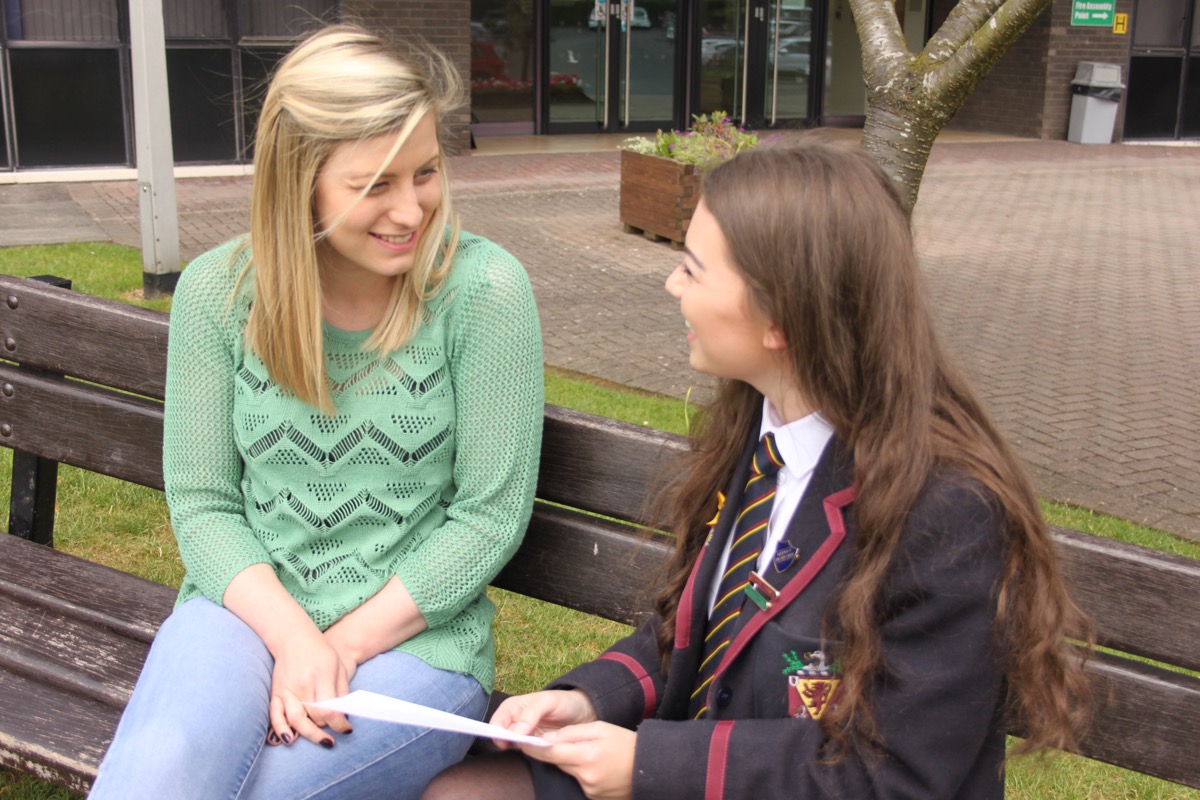 Her sixteenth birthday was celebrated with the Cancer Fund as she completed a sky dive raising thousands of pounds for the charity. Claire also abseiled the iconic Belfast landmark, the Europa Hotel, with other members of the Wallace Charity Committee and three foolhardy teachers! The Committee arranged a fundraising leavers’ Coffee Morning in the summer term of 2016 and the presentation of the cheque coincided with Claire receiving her invitation from Earl Spencer to visit Althorp, the childhood home of Diana.

Not many girls get an invitation from an Earl but Claire has now a date with Princes William and Harry. As a previous winner she has been selected to attend a reception at St James’s Palace on the 18th May when she will be one of only ” twenty exceptional young people from across the world” to gain this accolade. The Diana Award is marking the twentieth anniversary of the death of the Princess by this inaugural ceremony; it will “celebrate her legacy and the qualities she governed her life by: compassion, kindness and service.”

“Each recipient will be a leader, visionary and role model, able to inspire and mobilise new generations to serve their communities and make a positive change to the world as Princess Diana believed they could.” 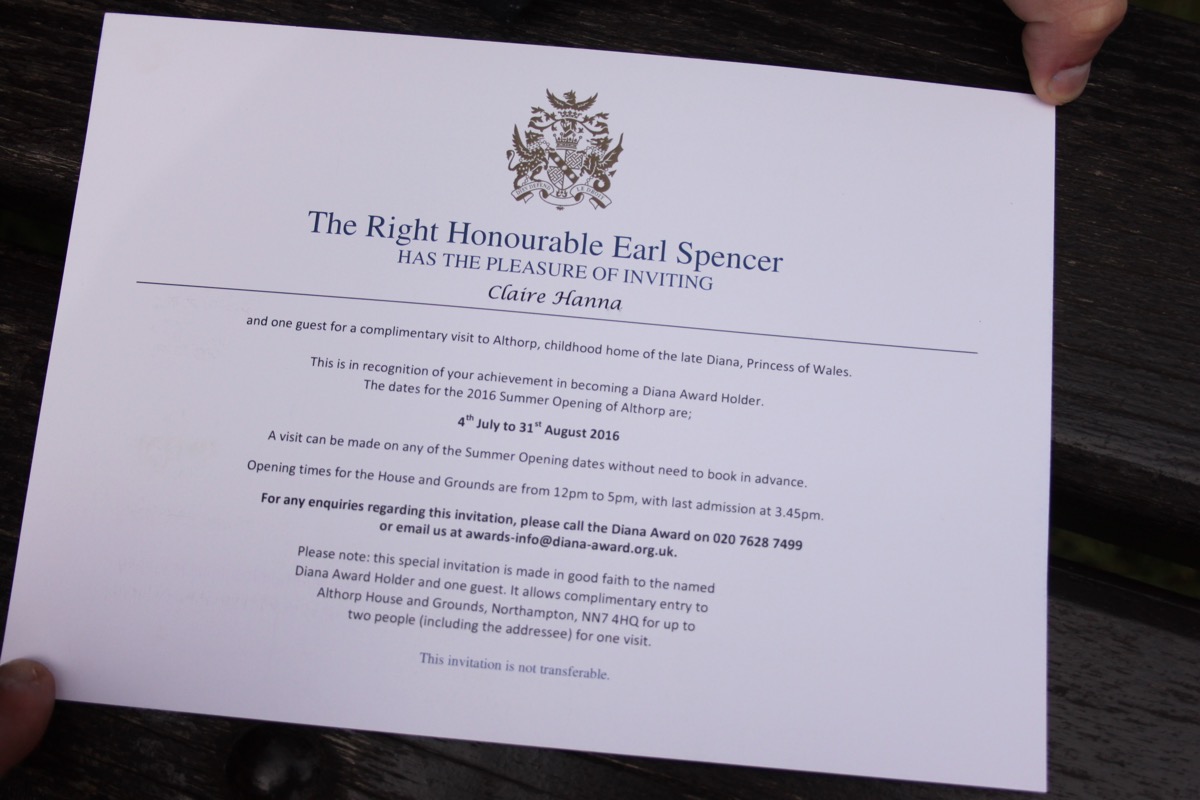 Claire is currently completing her first year of a degree in nursing at Queen’s University, Belfast and is still passionately devoted to the work of the Cancer Fund for Children. She is taking part in The Great Wall of China Trek to raise funds for the cause walking 45 km beginning on September 1st 2017. Donations can be made via just giving.com; search for www.justgiving.com/Claire-Hanna3

“I am delighted to hear of Claire’s success and know that she will be a marvellous ambassador for the Cancer Fund for Children, for Wallace High School, for Lisburn and indeed Northern Ireland at the ceremony. Her passion for fundraising is inspirational and I know that her influence here in Wallace was a genuinely remarkable one.”