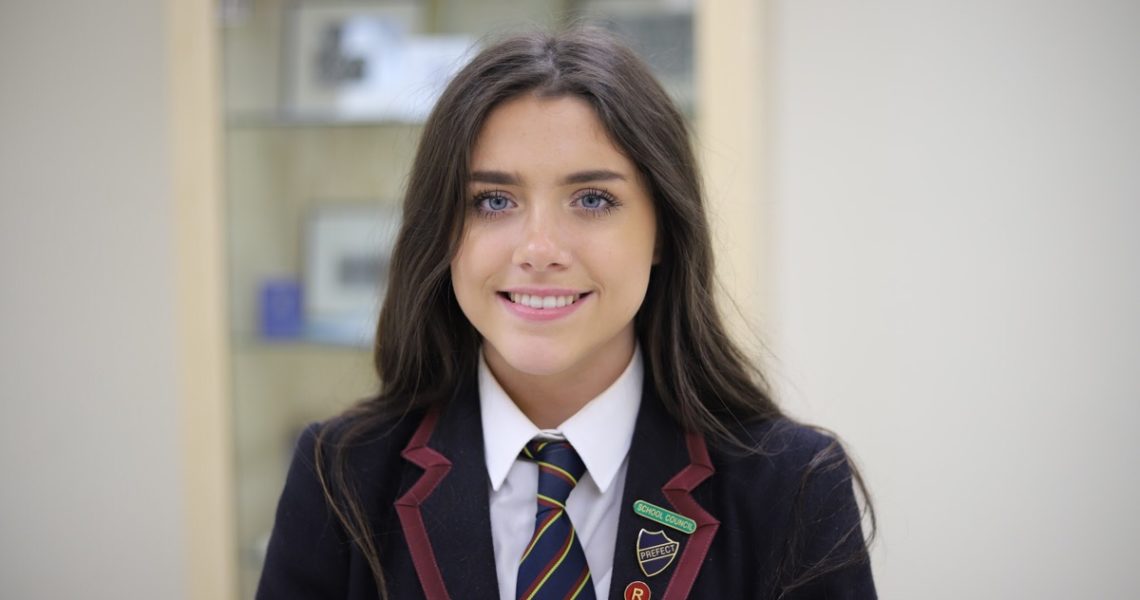 Year 13 student, Holly Mackin, who featured recently in the CCEA listings for the top GCSE students in NI, has achieved a further accolade. Having heard about the Rotary Youth Leadership Development Competition in October, Holly was successful with her initial application; a first interview with members from the Lisburn Rotary Club followed. The interviewers asked Holly to reflect on leadership skills, how she would be a good leader in different contexts and to appraise a leader she admires.

Having impressed the panel Holly qualified for the regional finals held at the Belmont Hotel in Banbridge in late November. This round of the process focused on current affairs (predominantly Brexit and the European Union) whilst leadership skills leadership skills and personal qualities were also explored. Holly commented:

“The questions were challenging but I found them very thought- provoking and intellectually stimulating as I was asked questions about immigration and environmental issues in addition to the European Union’s role in these. In my answers I emphasised the concerns of the young people of Northern Ireland about Brexit, the Irish border and the threat of the Troubles being reignited.”

Holly impressed the judging panel greatly; the prize for her achievement was her selection as Rotary Ireland’s representative at an event in Strasbourg in late February 2019; students from varied regions of the EU will visit the European Parliament taking part in a range of activities and seminars centred around political life.

Holly is delighted with her success and is looking forward to the responsibility of representing the region:

“I would like to thank Rotary for providing me with this incredible opportunity to represent Northern Ireland on an international level in France.”

“I would like to express my warmest congratulations to Holly and am confident she will be a great ambassador for Wallace, Lisburn and Northern Ireland in Strasbourg. It will be a life-enhancing experience for her and a great addition to her CV for the future. Three Wallace Year 13 girls recently triumphed in the Political Studies Association Awards in London and I am delighted that our students are proving themselves to be articulate and intelligent young commentators on current affairs.”