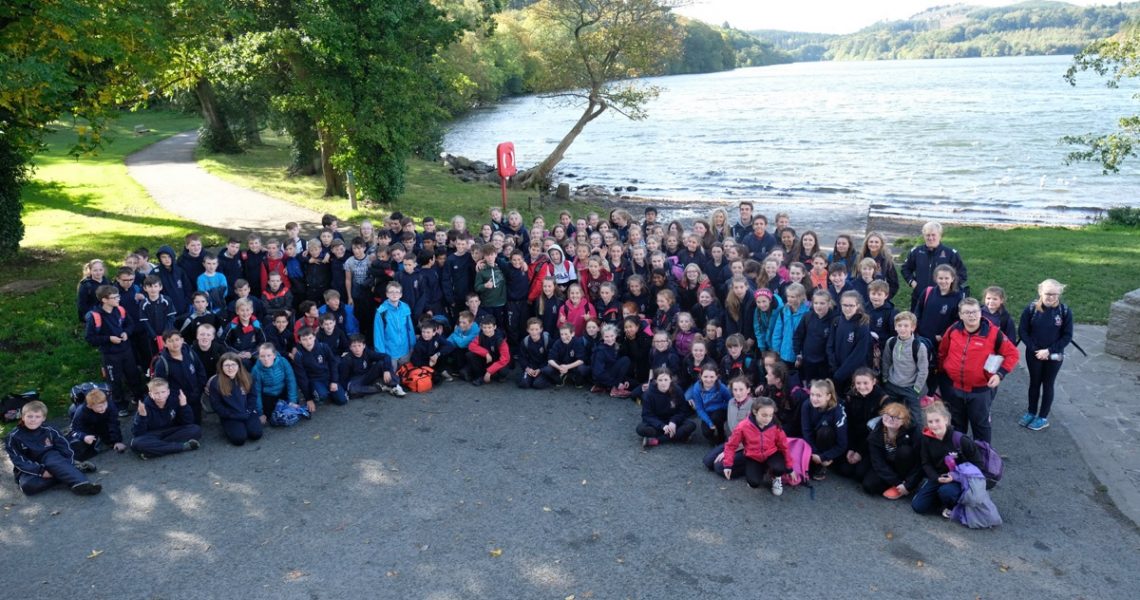 Term One for Year 8 has flown in!

It’s hard to believe that over four months have passed since what will eventually become the class of 2024 entered the gates of Clonevin Park. Shining faces were mirrored in equally shining shoes as our Year 8 pupils embarked upon their Wallace life. Their very first day was spent in splendid possession of the school space as they travelled through the corridors, enjoying the treasure hunt and other ice-breaker activities in the exalted company of our Senior Prefect Team and House Captains.  Successful transition from primary school is a key priority and September has a systematic programme of induction activities which culminates in the Adventure Day.

Ask any of our students for their memories of Year 8, and without doubt, Adventure Day will be mentioned.  A much-valued and eagerly-anticipated annual event for Year 8, Adventure Day marks the completion of their first month at Wallace.  The entire Year group, supported by Pastoral staff, House staff and Senior prefects converge on Castlewellan Forest Park for an action-packed day of challenging physical and mental outdoor tasks. The programme focuses on team-building and problem-solving activities and includes canoeing, laser clay pigeon shooting, archery, orienteering and the infamous Castlewellan maze. Senior teacher, Mr Reid, who organises the annual event, commented “We take great care of our young people at Wallace. The Adventure Day is a significant part of our induction programme and helps our new intake build positive relationships and settle in quickly.” Mrs Carson, Head of Year 8, added “This year, Adventure Day was another roaring success. It is such a great opportunity for our pupils to get to know each other, their teachers and older pupils outside the classroom.  Mr Reid always encourages everyone to have “maximum funage” and the beaming smiles on their faces were testament to that.” 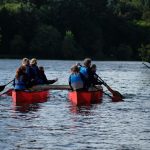 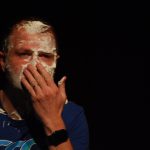 Prior to half-term a further key event takes place with the Year 8 concert. Every pupil in Year 8 takes part as each set provides a number of items (both vocal and instrumental) and a class set performance of a song. This year, as always, performances ranged from the beginner to the virtuoso but they shared a common enthusiasm. A capacity crowd in the Assembly Hall saw and heard the new pupils applaud and cheer each other on with the swirl of the bagpipes played expertly by Thomas Wilson being perhaps the highlight of the evening for many. Thanks are due to one of our classroom assistants Mr Ian McArthur for his tuition and encouragement. Set 5 performed a great number from the 2016 movie Moana and Amy Stewart and Max Kamalarajah both delighted the audience with their mastery of the ivories.

Charitable activity is at the very heart of Wallace life and Year 8 soon got into the swing of participation being warmly praised by the Year 13 Charity team for always remembering the weekly collections. Some tremendous totals were raised by the Year 8 sets for ReadOn in aid of the school’s legacy charity the Cancer Fund for Children and Year 8 pupils were front seat spectators at our Children in Need extravaganza in November. December brought the term to a close with Year 8 students having fun at Christmas Pie and attending their first Christmas lunch at Wallace. Some even won the privilege of sitting at tables hosted by our very own Irish rugby stars Chris Henry and Jacob Stockdale who had also attended the prep Nativity earlier in the day. Following the event Wallace Principal Mrs Deborah O’Hare received an email from a parent of one of the lucky pupils who sat with our rugby stars noting the pupil “has thoroughly enjoyed the first three months at Wallace… loves going to school and hates to miss out on anything…it is lovely to know our children are cared for.” 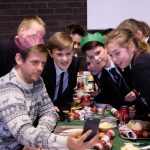 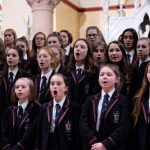 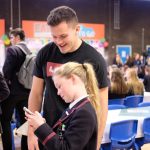 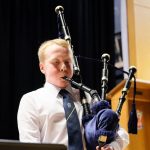 Term ended with our traditional evening Carol concert in Saint Patrick’s and our service in school on the final day of term. A significant number of Year 8 girls sing in our 90 strong junior choir Cantabile and they delighted hearers on both occasions with their rendition of Jesus Child by Rutter. As the pupils flocked out of the gates on the last day of term the Year 8 smiles were as broad as they were in late August. Their verdict on their first term at Wallace? “Brilliant!” “Everything I thought it would be.” “Even better than I thought it would be!” “I’m just so glad I chose Wallace!”