“…there’s a reason why it’s called the Wallace. He was an extraordinary man…We want to restore his reputation.” 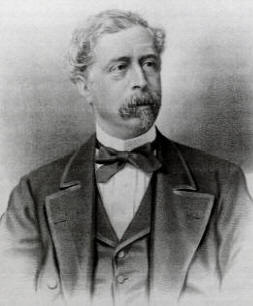 As the bicentennial of the birth of Sir Richard Wallace approaches London, Paris and Lisburn are preparing to celebrate the life and achievements of the aristocratic celebrated collector of fine art who was numbered amongst the greatest humanitarians and philanthropists of his age. Hertford House in London (Wallace’s London residence) which houses the Wallace Collection is home to what is generally regarded as the finest private art collection in Europe.

Bequeathed to the nation by Sir Richard’s widow the collection is world famous and according to Dr Bray reflects Wallace’s own “brilliant eye” and discerning nature. In London a new £1.2 million extension is to be added to the Collection, a major exhibition Richard Wallace: the Collector is in preparation, a book is to be published and major media coverage anticipated.

In Paris also Sir Richard is to be honoured for it was there that his remarkable history as a great humanitarian unfolded. During the Siege of Paris in 1870-1871 Wallace paid for a hospital to be built in the ample grounds of his own property and personally funded impoverished British people still living in Paris. Sir Richard organised two full- scale ambulances to operate during the siege; one was to serve French wounded, the second “for the benefit of sick and destitute Britons.”

By the end of the Siege of Paris, it was estimated he had contributed as much as 2.5 million francs to the poor and needy of the city-the equivalent of £5 million today! He was awarded the Legion d’Honneur by the French government and Queen Victoria honoured him with a baronetcy for his humanitarian philanthropy. His last act of generosity to the city of Paris was in 1872 when he donated 50 drinking fountains to the city.

Designed by the celebrated sculptor Charles-Auguste Lebourg the fountains rapidly acquired their donor’s name and are, to this day, referred to as Wallace fountains. 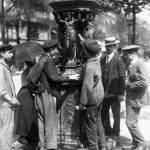 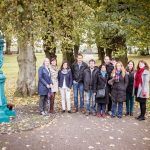 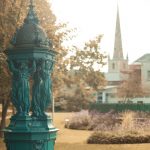 Wallace High School is Sir Richard’s “living legacy” to a city which bears other visible evidences of his identity and generosity and the school is planning a wide range of anniversary events. It is the sincere hope of the Principal and the Board of Governors of the school that present and past pupils will embrace the opportunity to celebrate the richness of our heritage and to imitate his “generosity of spirit.” Central to our celebrations will be a dynamic concert staged outside the Linen Centre on 26th June.

The concert will feature all Wallace’s choirs and musicians and the choir of Parkview Special School. The programme will feature a wide variety of music but will reflect the period and the landscapes of Sir Richard’s life. Part of this unique celebration will be a multi-media collage screened on Bow Street #RW200. We are inviting former and current pupils and former and current staff to ring a special phone line which is UK landline cost (Skype based for overseas calls) and leave a message outlining what Wallace represents in their life experience.

These anecdotes and memories will then form part of an inspirational collage linking together generations of Wallace pupils who have gained from the vision of our founder of a non-denominational, co-educational school for the people of Lisburn. Please help us to commemorate the life of our founder and celebrate our rich history as the school enriched by his name.