During the summer term a group of pupils teamed up to create Wallace’s first wild flower eco garden. As the school is known for its creative use of ICT we opted for a wild flower project with a difference; the pupils decided to attempt a time-lapse video of the flowers growing throughout the summer months. In the UK ( despite having the largest range of wild plants in Europe) the native flowers are actually on the demise as 97% of our wild flower meadows have disappeared since the 1930s.
The Garden

The Eco team realised that such a demise not only impacts on the colour of our countryside but also threatens our populations of butterflies, bees, pollinating bugs and birds. The team applied to be part of the National Grow Wild Project which is the UK’s biggest-ever wild flower campaign, bringing people together to transform local spaces with native, pollinator-friendly wild flowers and plants.

Kew Gardens provided the inspiration for the project and staff there contribute their expertise to the scheme. We were elated to be selected and our wild flower kit (aptly named Grow Wild) arrived in March; the group started the preparation stage in late April. Each week the team worked with our Groundsman, Harry, to cultivate the garden during the early growth stage. 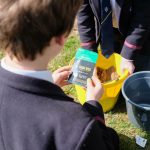 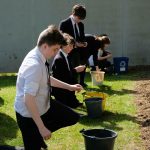 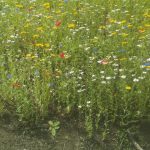 “It was a great project as each week Harry would teach us about growing plants from seed. We all received strawberry plants that we then planted at home.”

Alongside planting the Grow Wild seeds the group set up a Raspberry Pi computer and camera in a purpose built, battery powered time-lapse station. The camera captured an image each hour during daylight hours and the final footage can be seen in the thirty second YouTube video (above).

The team is looking forward to increasing the size of the garden next year and there is already mention of bee hives and honey. All the pupils involved have shown tremendous interest and commitment to the Grow Wild Project and are very grateful to Mr. Cleland, and Mr. McKnight for organizing the club and most importantly to Harry for sharing his expertise and enthusiasm.