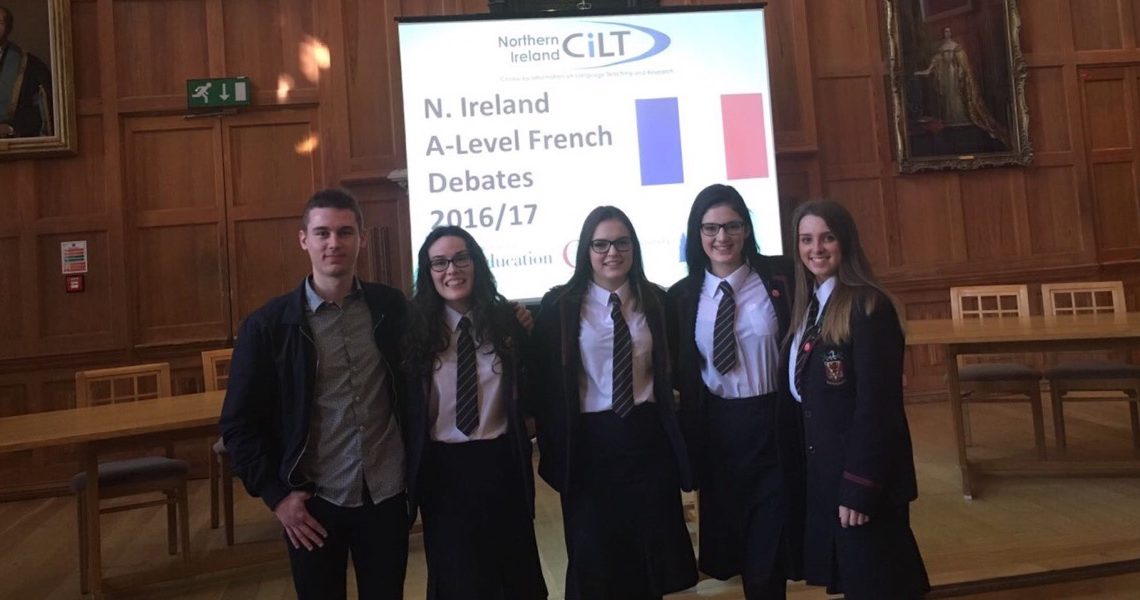 Wallace amongst the winners at QUB French Debates!

A superb event was recently enjoyed by French A2 pupils at the NICILT debates, held at Queen’s University, Belfast. On the 20th of March, we joined together with seven other schools from across Northern Ireland to debate some current topics in French! In the weeks leading up to the QUB French Debate it was ‘hands on deck’ for the WHS team. In order to be able to respond to an unknown motion for the debate, increased French debating was practised along with extra oral guidance with Quentin, the language assistant, which proved to be the ideal preparation for this challenging event. Four girls from the A2 French class; Kayla Conway, Victoria Evans, Victoria Halley and Katie Windrum combined their intelligences to prepare an articulate argument (in French of course!) Enthusiasm for the event was aided by the support of the whole A2 class who chose to attend the debate, with even faces being painted in school colours! (The only group to demonstrate such dedication as it turned out!) 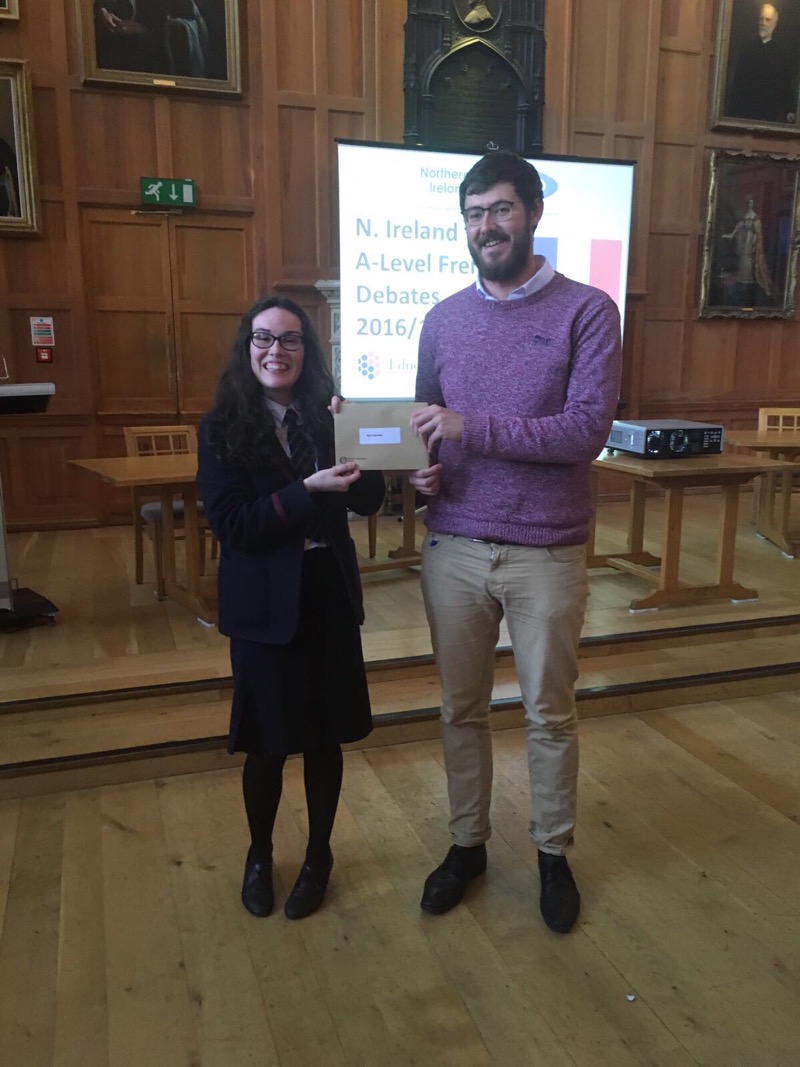 Wallace was the first team to respond to the motion, an unnerving prospect in leading the way! The debate focused on the question of privacy and security online. The opposing team, Assumption Grammar School, spoke well and made many good points but the WHS girls’ kept their composure and delivered a strong argument with an excellent standard of French across the board! The remaining teams then delivered their debates and we had a sense of real immersion in the language as every element of the competition was carried out in French, great for our upcoming oral and listening exams. Finally the winners were announced, with Wallace winning in their own category! This was a huge achievement and the icing on the cake was a prize for best speaker awarded to the very capable Katie Windrum, capping off an excellent event for our students!