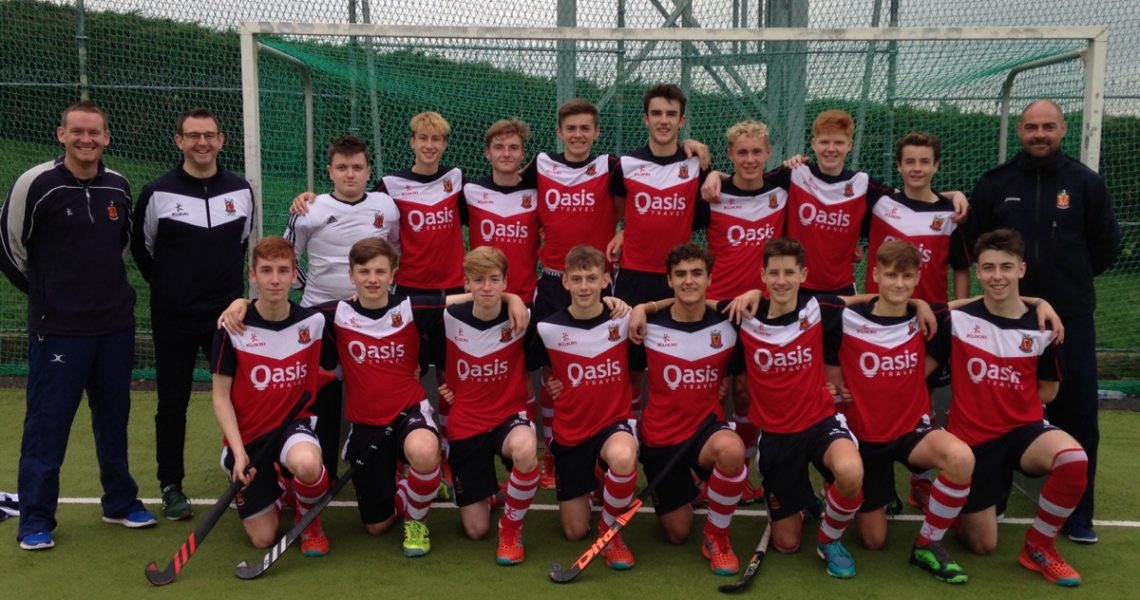 Wallace has a proud record in the tournament in recent years and travelled South with the knowledge that they reached the final on the last occasion that the competition was held in Cork. Having only lost once up to this point in the season and after excellent warm up matches against South Antrim and Queen’s 1st XI they departed Lisburn with real confidence.

Royal and Prior were the first group opponents on the Wednesday afternoon and a solid performance resulted in a 7 – 2 victory. Troy Chambers scored a hat trick of penalty corners, whilst co captain Ben Nelson and fellow Year 14 Pupil Aaron Scott bagged two goals apiece. An excellent meal that night in Douglas was enjoyed by all and hopes were high leading into the second day. 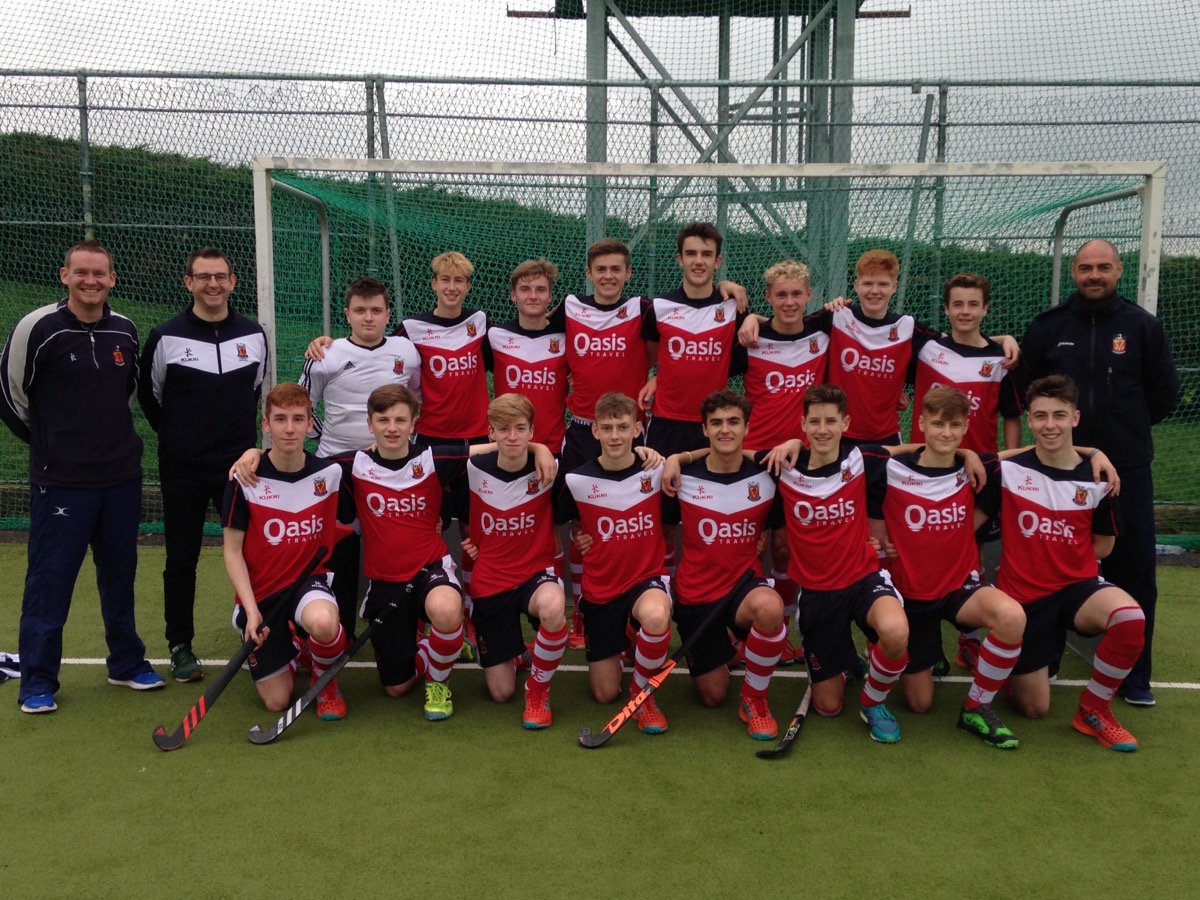 Bandon Grammar’s newly laid astro turf was the venue for the two vital group games on Thursday and two tough opponents lay in wait. Kilkenny College are enjoying something of a resurgence in Irish hockey circles and provided organised opposition in the second group game. Despite taking an early lead through a superb goal from Adam Clarke on the reverse stick and creating many more opportunities to score, the failure to get an all important second goal always had the potential to backfire on the Lisburn school. And so it proved, as with one of their only circle entries in the game, Kilkenny scored with less than a minute left to leave the final score 1 – 1.

As word filtered through from the other group game it became apparent that Wallace would have needed a victory in their final group game to progress anyway as Dublin High School had achieved a significant victory over Royal and Prior. High School had entered the tournament as one of the favourites and, despite this, the 1st XI started the game on the front foot, immediately forcing the keeper into some excellent and important saves. Despite conceding a late goal in the first half the players still had belief that they could get the required win. Into the second half and both teams really went “toe to toe”, trading circle entries, penalty corners and shots. Troy Chambers equalised midway through the second half to leave Wallace on the brink of qualification but strong defence from High School managed to keep them out. Another draw and High School had qualified for the semi finals for the first time in their history.

The tournament dinner was held in the Rochestown Hotel on the Thursday night and players and staff had the chance to mingle with the other fifteen schools present. Friday saw a friendly played against Villiers and, despite going two goals up through Troy and Cole Chambers, two late goals conceded resulted in another draw, this time 2 – 2. 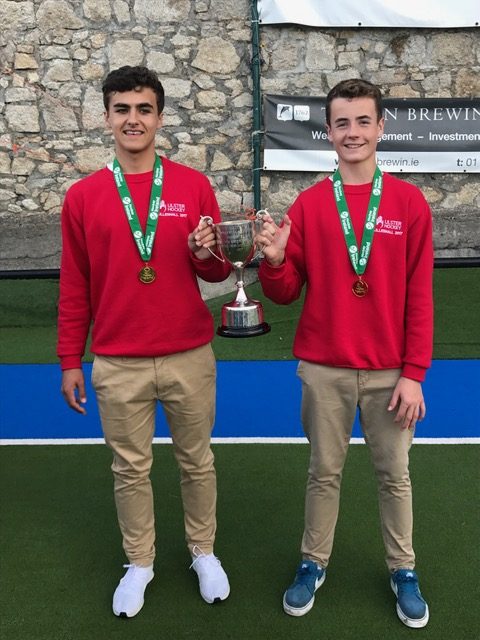 Five members of the squad also played in the inter pro tournament in September and have been rewarded with selection for Irish trials currently being held over the course of several weekends in Dublin. Congratulations and good luck to Troy Chambers and Max Taylor (under 16s) and Patrick Hunter, Jonny Lynch and Ben Nelson (under 18s).