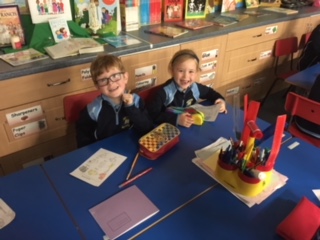 European Day of Languages 2018 was once again a big success for Wallace High School as the Modern Languages Department celebrated this special day with a whole week of fun and engaging activities.

Year 8 pupils said ‘très bon’ and ‘délicieux’ to a traditional French break of croissants and ‘jus d’orange’ whilst learning some essential food and drink vocabulary and phrases.
Year 9 pupils enjoyed learning some facts about Germany’s famous ‘Oktoberfest’ and then designed a typical ‘Oktoberfestherz’. The results were simply ‘wunderbar’ and work is now on display in the Modern Lan-guages Department.
Year 10 learnt all about the traditions of ‘El día de los muertos’ before making traditional masks and watching Coco, the 2017 American com-puter-animated fantasy film produced by Pixar Animation Studios and re-leased by Walt Disney Pictures. 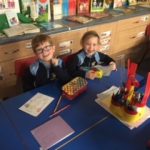 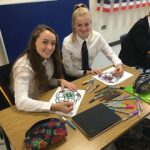 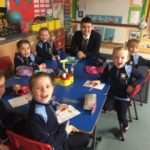 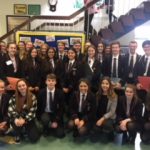 Carolyn Schumann, recently appointed Head of Modern Languages along with Senior Prefects Megan Bell and Jack Campbell, led a school assembly which explored the importance of languages in today’s global society.
Mrs Schumann was thrilled with the success of the events,

“It was lovely to see European culture come to life in our corridors and I would like to thank our Assistants for giving of their time so freely to in-spire our students to develop their passion for languages.”