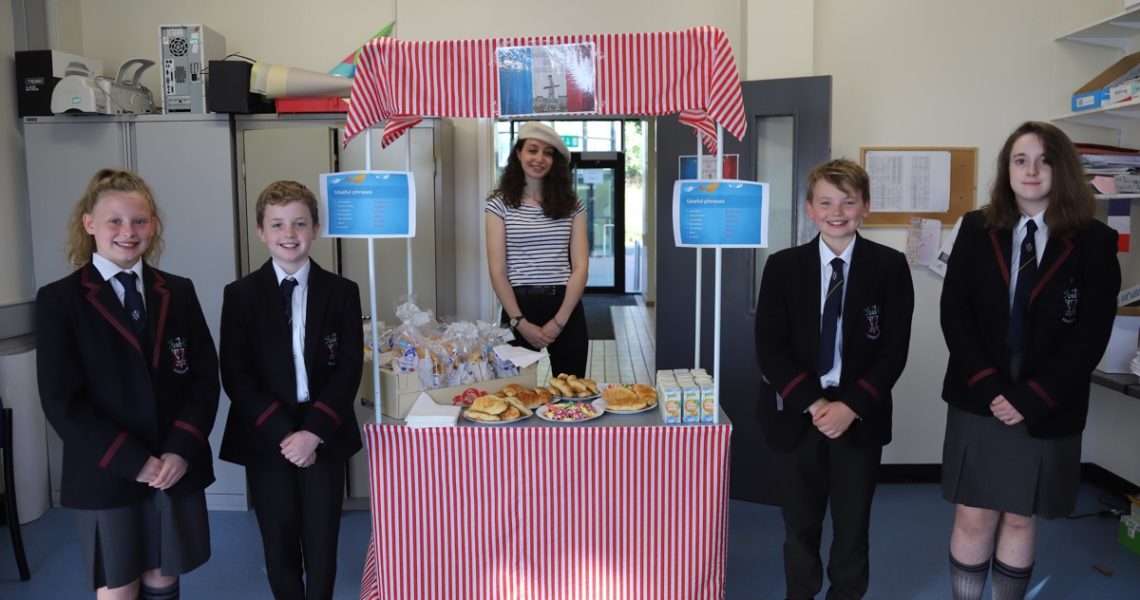 The Modern Languages Department celebrated European Day of Languages 2019 in style with with an entire week of fun activities.

Year 8 pupils paid a visit to ‘la boulangerie de Wallace’ where they ordered croissants and ‘jus d’orange’ from Anaïs, our French Assistant from Lyon, who was ably assisted by Year 14 French pupils.

Masks and hearts are currently on display in the Modern Language classrooms.

Year 11 and 12 put their knowledge of Europe to the test by taking part in an exciting quiz with rounds on General Knowledge, Geography, Food and  even European flags.

Miss Brown led a school assembly which outlined what opportunities knowing a language have given some of our past pupils such as Lucy Cameron, Nikki Martin and Chris Robinson who studied French, German and Spanish respectively and who are now excelling in their careers.

Mrs Schumann, Head of Modern Languages, was delighted with the success of the programme of innovative activities,

“Well done to everyone who was involved in our European Day of Languages celebrations.  C’était fantastique! Es war wunderbar! ¡fue estupendo!