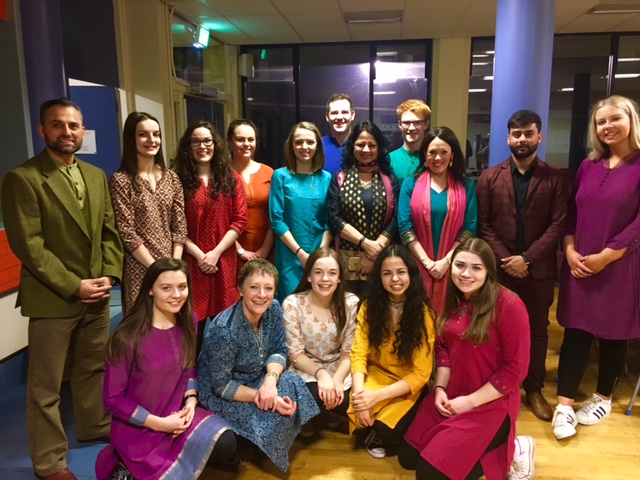 Last Thursday night, the WHS Asha team renewed their memories of volunteering in Delhi, by meeting with a range of other schools that are also committed to supporting Asha. Wallace hosted Asha’s founder, Dr Kiran, and Dilepe, a student transformed by the opportunities of Asha. The team were also joined by over 100 pupils along with their teachers from The Royal School, Armagh, Ballymena Academy, Rainey Endowed School, Magherafelt and Methodist College, Belfast. A lovely evening of ‘Hope’ was enjoyed in Wallace’s own ‘Indian transformed’ sixth form centre!

The team appreciated a lively and warm atmosphere as pupils shared their experiences and stories of hope as they reminisced on a wonderful time volunteering for Asha. Memorably the team were also transported back to Delhi, dressed in Indian attire with the playing of Bollywood music, whilst enjoying a tasty Bombay mix!

Indeed, the seeds of Thursday’s occasion were sown in Dr Kiran’s own home in Delhi last October when she met with Mrs Victoria Thampi, Wallace’s Asha Team leader, to suggest an evening in which the Northern Irish schools’ who support the charity could come together to encourage one another. It also proved to be a brilliant opportunity for Dilipe to travel to Northern Ireland, and through a sharing of his life story, have the opportunity to emphasise how important Asha’s work is!

Undoubtedly the highlight of the evening was when Dilipe spoke to the assembled crowed with great passion and enthusiasm. Dilipe inspired us as he recalled difficult times in his life before the interventions of Asha. He gave the example of how, as a young child, he was disinterested in education and spent most of his time selling stolen items or crumbs from a local bakery in a little bag for the equivalent of 1p! It was at this low point that Asha workers motivated him to go back to school and focus on learning, emphasising how education could change his story and open up a variety of opportunities. 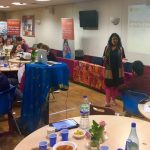 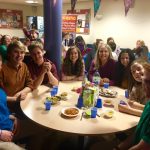 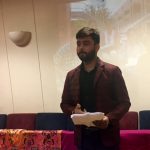 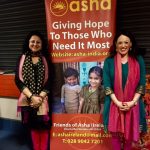 Dilipe beamed as he told us that he passed all of his examinations with A grades and then graduated from Delhi University with honours in Political Science. He is now undertaking a Masters in English at Delhi University. Dilipe is one of 1700 students who have attended University through the support and transforming work of Asha. Never before have children from the slums been given the opportunity to attend University. Incredible! It is no wonder that the audience responded with thunderous applause! He is truly a shining example of how lives can be changed and how it is possible to break the cycle of abject poverty through education.

‘I fought back the tears as I listened to Dilipe. His story of hope has left an imprint on my heart. As an educator I am passionately committed to this vital work. Education has the power to transform lives’.

Dr Kiran Martin spoke warmly of the wonderful relationships formed with a range of Northern Irish schools’ and thanked the teachers for all of their efforts. Her vision and focus remain an inspiration to us all!

If you would like to know of more updates on Asha please visit www.asha-india.org