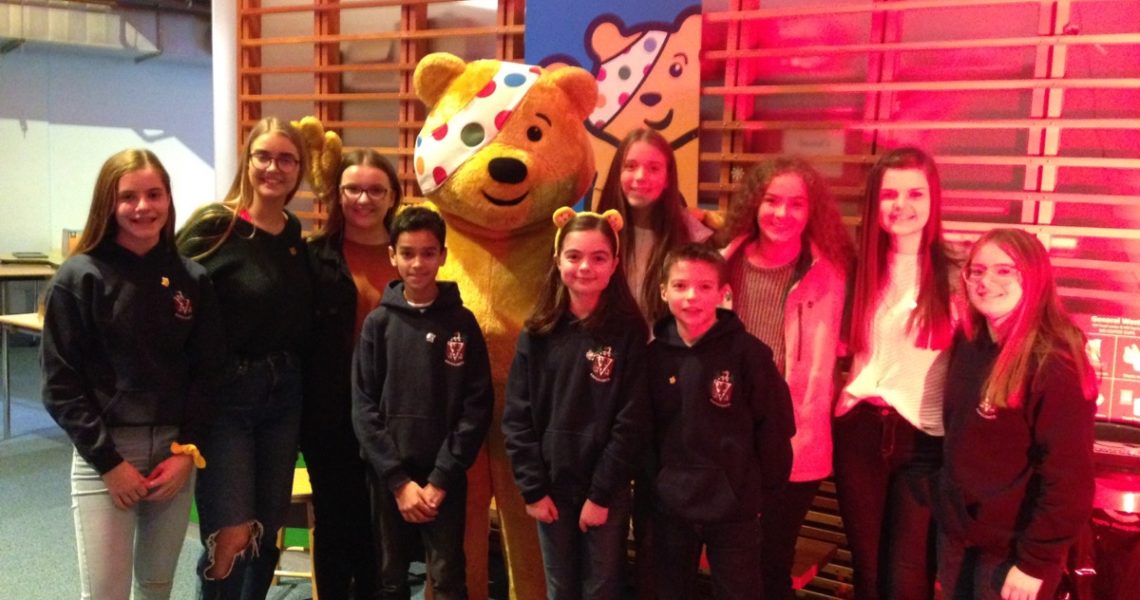 We met Pudsey (but we missed Barra!)

Have you ever seen the proverbial cloud of locusts? Few have but Year 8 pupils descending on tables crammed with delectable treats is probably something akin! Wallace’s bake sales have acquired a legendary status but Friday’s was, even by our standards, a record for sales as not one single, solitary traybake remained…there wasn’t even a top hat although a frugal cost of 20p probably accounts for those vanishing like a magic trick. Attention to detail is a point of pride with our sixth form baking team and our most costly item even featured Pudsey style ears!

The entire pupil population took to jeans and jumpers for the day and the Prep Department had a stripes and spots theme in addition to participating in the Joe Wicks Big Morning Move. Currently the grammar school has raised £1500 (and rising) and a group of pupils attended the recording at W5 of BBC NI’s contributions to the national telethon. Year 8 twins Holly and Jack Hutchinson featured on the live national broadcast whilst Year 10 pupils Anna Hedley and Max Kamalarajah appeared on Sunday’s local round-up broadcast as did our sixth years who were providing enthusiastic sound effects for a science demonstration.

A photo-shoot with Pudsey completed an evening which gave the pupils a fascinating insight into the intricacies of live TV and the opportunity to meet Holly Hamilton and Stephen Clements but sadly not our favourite weather presenter. A fabulous total of more than £925,000 was raised in Northern Ireland and the money will help support over 186 children’s projects across the region.

Thanks to all who donated and a special thank you to the pupils who represented the school at W5. Your skills at drawing Pudsey on the inter-active whiteboard were unsurpassed and hopefully you might get to meet Barra one (ideally dry and sunny) day!

You can see a link to our starring moment here: