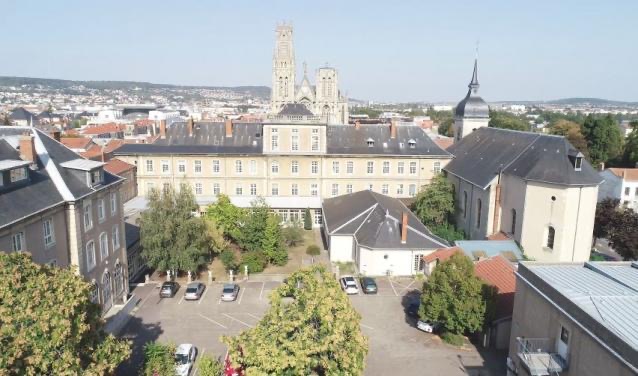 Question:  What do Emanuel Macron, a European Prince and haute couture fashion have in common with Wallace Yr 14 student, James Falconer?

Well, James, who is studying History, Politics, Geography and French for A2 has been offered a place on the Sciences Po/University College London’s European Social and Political Studies dual degree BA course for next year.  For the first two years of his course he will be based in the Nancy SciencesPo campus which is one of seven spread throughout France.  This prestigious university has seen some illustrious former students pass through its doors including five French presidents (including the current incumbent, Emmanuel Macron), five French prime ministers, Boutros Boutros-Ghali former Secretary General of the United Nations, writer Marcel Proust, fashion designer Christian Dior, Prince Rainier of Monaco and the list goes on… James will then spend the final two years of the course in the Bloomsbury campus of University College London.

During his degree course he hopes to study the political, economic and social aspects of the European Union along with other students from across Europe.  His lectures will be delivered in French, German or English so James will have the opportunity to perfect the language skills he has developed at GCSE and A2 in Wallace.  Half of the 300 students at the Nancy campus are from outside France and, according to the university, this cultural diversity makes life on the course an international experience in itself.  James says that he is “greatly looking forward to the academic intensity and linguistic challenge” that his years at SciencesPo will pose.

The town of Nancy in north east France has a rich cultural and political heritage and was at the forefront of the Art Nouveau movement in France.  It is very much a university town with over 50,000 students and the SciencesPo campus itself is located in the prestigious 18th century building ‘Hôtel des Missions Royales’.  The Dean of the SciencesPo Nancy campus advises that students will need to be able to work hard and show enthusiasm, curiosity and intellectual integrity so we believe that James should fit in really well.  We are very proud of his achievements and we wish him much success in his future endeavours.