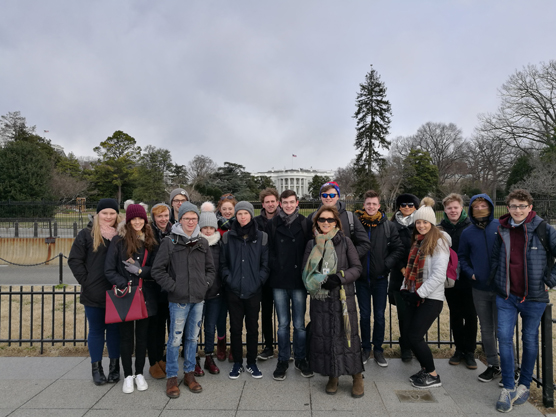 Following several successful annual political trips to London, our students were eager to venture further afield and delve into the turbulent world of American Politics!

Having landed safely our first impressions of Washington were the spectacular views of the Potomac River and various key landmarks such as the Pentagon lit up in the American sunshine.

After checking in, we headed out onto the historic streets of Washington DC. Enroute to our bowling and pizza evening we passed Ford Theatre where President Lincoln was assassinated and the house facing opposite where he would eventually die of his wounds.

The evening of pizza and bowling was a great success and after we had provided Jack Haggan with an enthusiastic rendition of Happy Birthday we headed back to our hotel for some much-needed rest.

The day started with copious rounds of French toast with maple syrup. With glucose levels at a record high we met up with our fabulous tour guide, Miss Jana. We began our tour heading up Pennsylvania Drive to the south side of the White House. On our tour, we took in all the major sights including the Martin Luther King Jr Stone of Hope, the majestic Lincoln memorial, the World War II memorial and the moving Korean and Vietnam memorials. As an added bonus, we even saw the Vice President’s motorcade entering the White House!

At lunchtime we headed for the NI Bureau located in the beautiful Homer Building on 13th Avenue. Here we engaged in discussions with Stewart, Kelsey and Kirsten about their career pathways and their fascinating and eventful work for the NI Executive. We were also treated to a lovely view of the city from the roof garden!

Next up were the White House Center Museum and the National Archives. Here we were immersed in the importance and reverence of the original documents for the Declaration of Independence, the US Constitution and the Bill of Rights. We learnt about the important role played by the Magna Carta of 1297 as a major influence for the Founding Fathers in drafting these key political documents for the US as well as being able to see an original copy of the 1297 document.

That evening we headed back to Gallery Place for food and the new Lego Batman Movie.

Day Three started with a tour exploring the impressive Library of Congress. The Library contains a huge array of exhibitions and historical manuscripts as well as the personal library of Thomas Jefferson. After our visit to the Library of Congress we made a short crossing to the US Supreme Court. Here nine justices make decisions which impact on millions of Americans every day and the Court contained a great exhibition and theatre. Head Boy and aspiring lawyer Jordan Taggart also took the opportunity to listen to a lecture in the main courtroom. 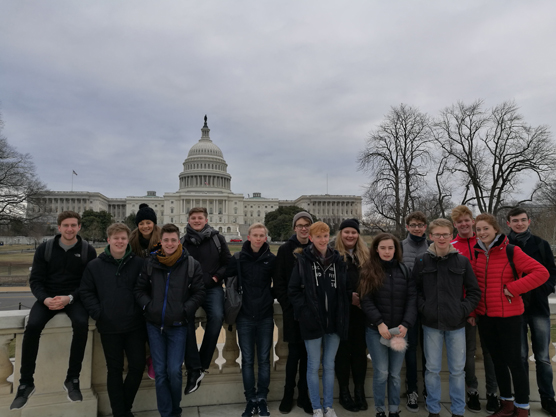 From here we began our tour of the Houses of Congress with our excellent guide Roberta. We visited the old Supreme Court room, the original Senate and House of Representatives rooms as well as the awe-inspiring Apotheosis. After the tour, we went to the public viewing galleries and witnessed the voting procedures in the Senate.

Our next stop was the Smithsonian Air and Space museum which included the history of flight and man’s exploration of space.

Following some dinner, we embarked upon a walk around some of the major sights at night. We were greeted with some breath-taking views of the White House, the Washington Monument and various other memorials.

To cap off a fantastic day in DC we indulged in a little souvenir shopping and some well-deserved ice creams. 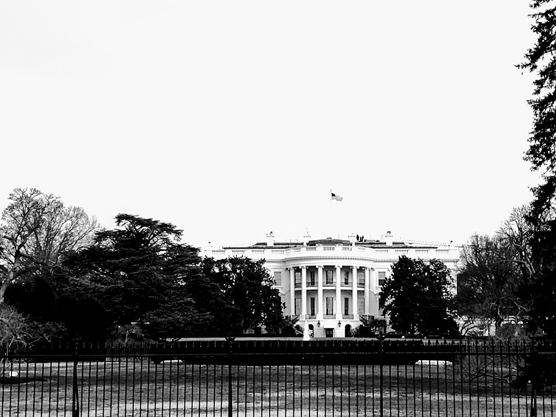 The day began with a short hop over to Trump Tower to enjoy panoramic views of the city. After taking in the glorious views we successfully navigated the metro system to the Pentagon and Arlington Cemetery. Here we visited the tomb of the unknown soldier and JFK’s Eternal Flame.

After returning to the Metro system we made our way to the Pentagon City Shopping Mall. After four and a half hours of hardcore shopping, and heavily laden with bags and Trump mementos we headed back for our last night at the Harrington Hotel!

Our last day in DC would involve last-minute packing and a trip to the Holocaust museum. Here we witnessed a truly amazing yet horrific exhibition which showed the persecution of the Jews from the start of the Nazi dictatorship in Germany in 1933 until its collapse in 1945. Packed with artifacts, great audio and visual displays as well as exceptionally moving video accounts from survivors. Our last meal in DC would be a picnic at Freedom Plaza whilst relaxing in the beautiful sunshine.

The History and Politics Department would like to thank our students who were superb ambassadors for Wallace!