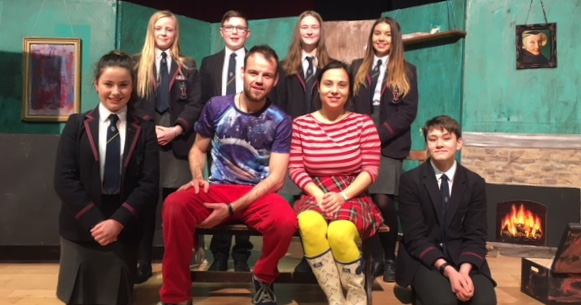 Wallace High School played host to Modern Language theatre company Onatti who performed their play ‘La casa encantada’.  Spanish students in years 9, 10 and 11 were thoroughly entertained by the performance which told the story of Antonio and Camila who, while on their way to a campsite, get soaked by an unexpectedly heavy downpour and have to seek shelter in an old abandoned house.  Tired after walking all day, they are initially relieved to find shelter.  However, they soon notice strange happenings and noises in the house and begin to wonder if they are alone or if in fact the house is haunted!

Onatti Productions create modern plays for language students of all abilities with the aim of boosting comprehension skills and, of course, confidence.  Year 9 pupil, Ellie- Mae Dickson said, “I was worried that I wouldn’t understand the play and I was really impressed by how much I was able to follow everything that was going on!”. 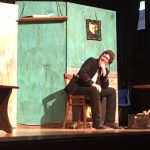 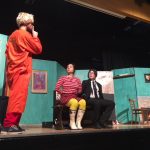 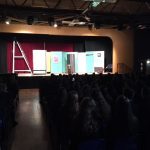 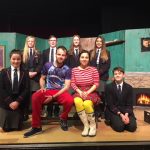 The play was entirely in Spanish and the native actors were superb using lots of repetition and mime to ensure that the pupils were able to follow the events.  The performance involved enthusiastic general audience participation in addition to a special performance from Year 10 pupil Chris Grattan who volunteered to help the actors solve the mystery of the haunted house.  Chris impressed the actors and audience alike with his Spanish comprehension coupled with his speaking skills and of course his acting ability!

GCSE students Gaby Johnston and Mustafa El Dibany both thoroughly enjoyed the experience commenting that they enjoyed seeing Spanish used outside of the classroom.

The event was a great success and a wonderful opportunity for our Spanish students to experience the language in a different setting.  We look forward to welcoming Onatti back to Wallace next year!