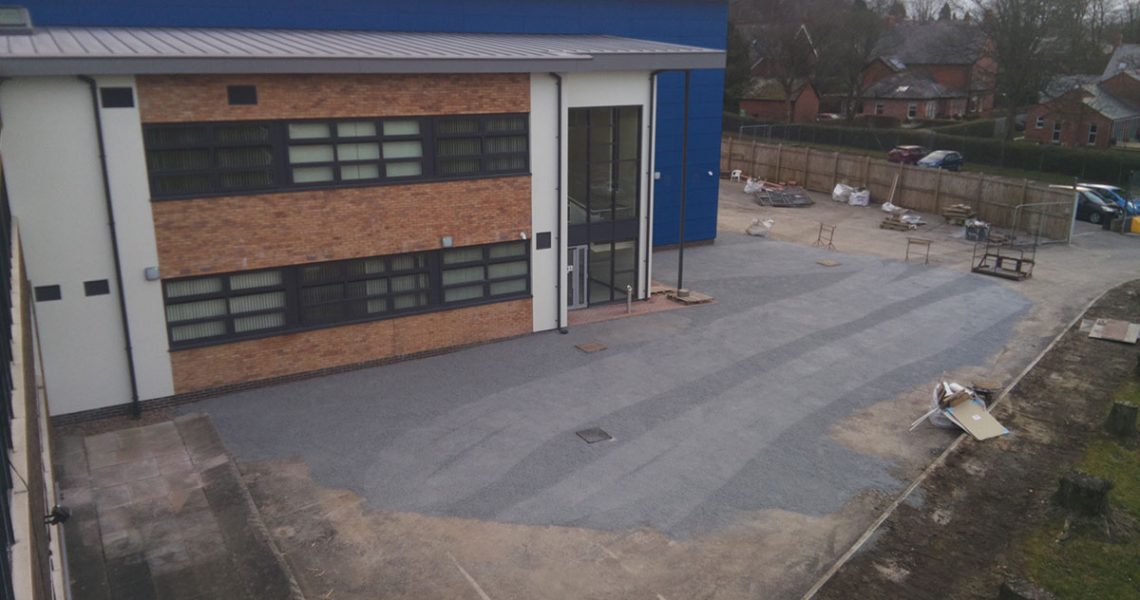 The School Enhancement Programme in 95 Seconds

In September 2016 The Wallace High School embarked on a major building School Enhancement Project (SEP) funded by the Department of Education. The process has been remarkably painless due to outstanding team work by all involved.

The ambitious £3.2 million project is bringing dramatic changes to the school’s landscape. At the core of the development is the striking new block which will house Art, Moving Image Arts and Home Economics; the existing building will also see expansion.

Still in progress, the school’s Technology Department will gain considerable additional accommodation and the PE Department will enjoy a significant enhancement of its facilities with the construction of a Fitness Suite which should be unequalled in Northern Ireland.

Time-Lapse : A Year and a Half in a Minute and a Half 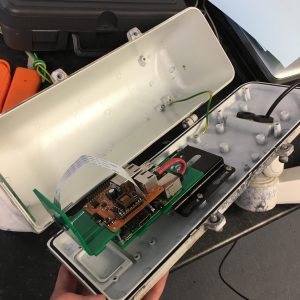 The Raspberry Pi, PoE HAT and custom mount in its new home for the next year and a half

As the builders moved on to the Clonevin Park site Mr Cleland, Mr Napier and Mr Finney decided to build a system that would document the journey through time-lapse. Much like our previous venture capturing the Eco Garden, a Raspberry Pi computer and camera module were mounted on the roof of the existing building in the shell of an old security camera. Mr Murphy in the Technology department helped us to fabricate a custom mount for the camera.

Using a Power over Ethernet “HAT” the Pi can receive power and network connection through a single Ethernet cable. The Raspberry Pi was programmed to capture a photo every 15 minutes during daylight hours and then automatically upload the photos to the network at the end of each day.

Subsequently our courageous Head of Maintenance Mr McCutcheon and Mr Finney ventured onto the school roof to fit the device, lining it up for the perfect view of the building site while Mr Napier shouted “left a bit, right a bit” from the warmth and safety of the classroom below. 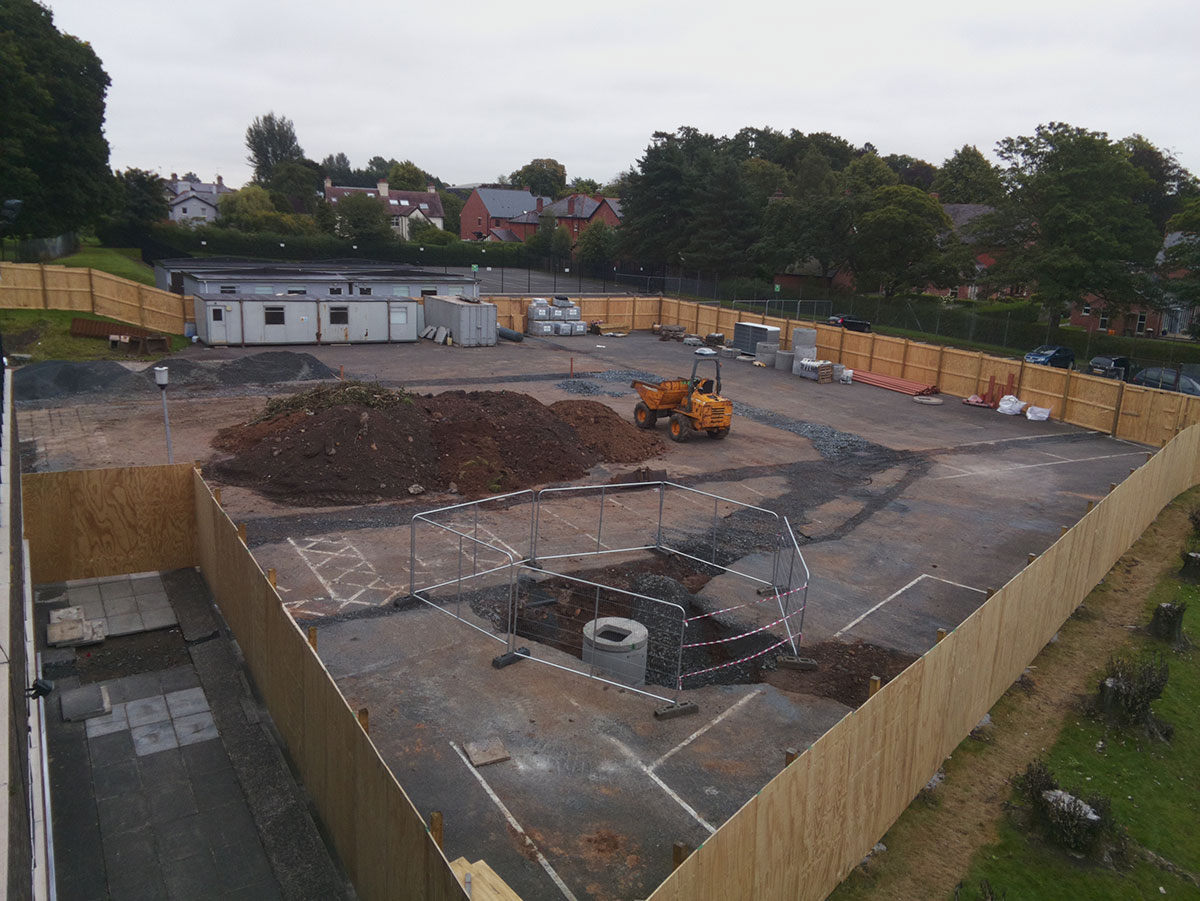 The first frame captured with the Raspberry Pi

With over 250MB of images captured each day Mr Cleland embarked on building the time-lapse on a weekly basis. A year and half (or 74 weeks for the O.C.D. amongst us) later and thousands of still photos (over 20,000 in fact!) the challenge of editing began. We are delighted to share with you our video of this transformative building project coming to life; a year and a half of hard work condensed to just 95 seconds. 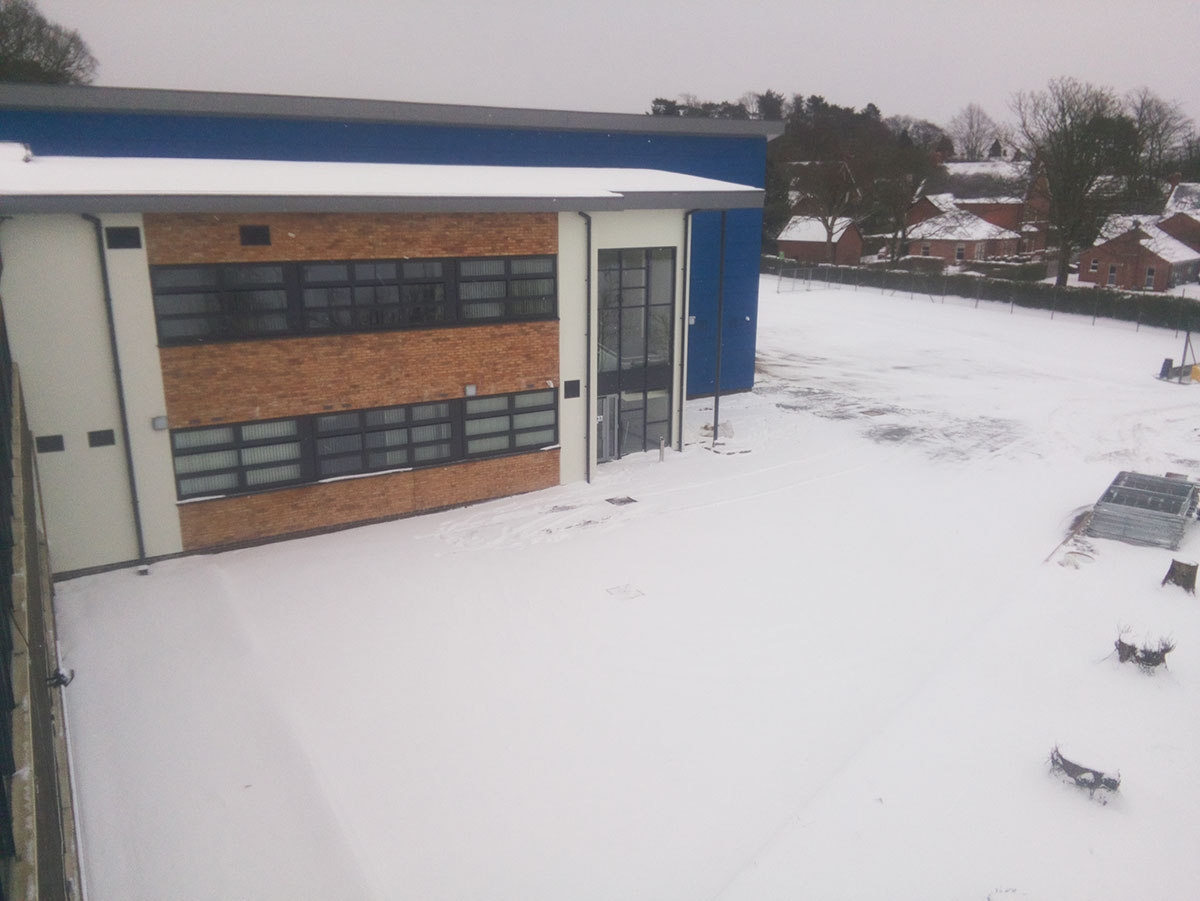 One of the last frames captured with the Raspberry Pi

We are indebted to the Department of Education for this major investment in our school and we are confident our reputation as a centre of excellence and an innovative, progressive school can only be enhanced by these outstanding new facilities. We look forward to both an official opening ceremony and to welcoming former pupils to the site.

Footage of the site

The Department of Education
Raspberry Pi