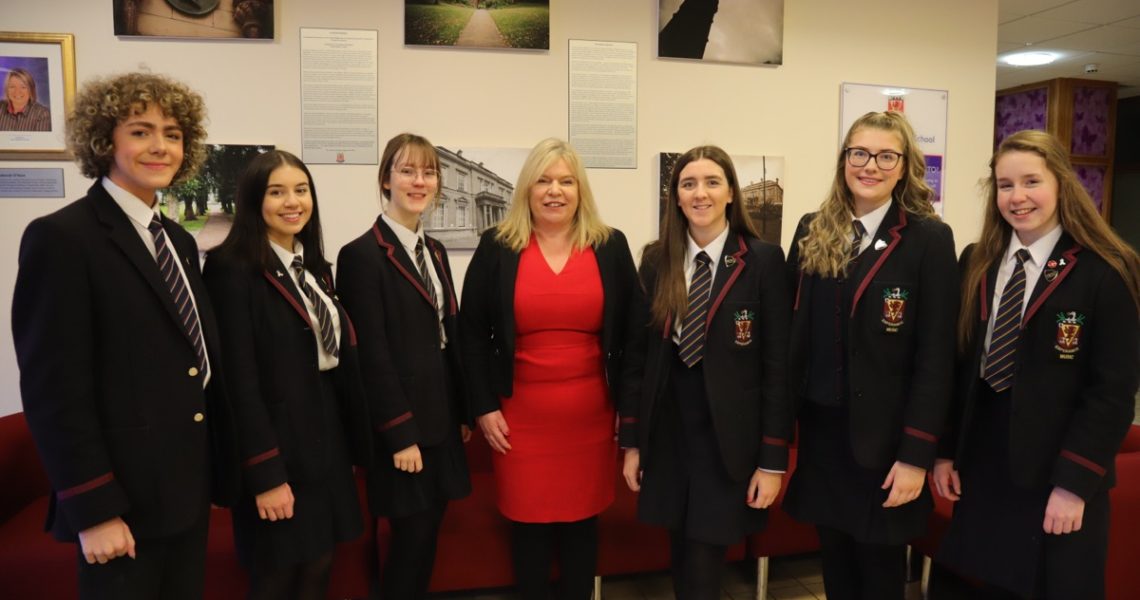 Hosted by Ulster Carpets in Portadown, the Lisburn students were competing against teams from Lurgan College, Dungannon Royal and Portadown College.

The first team comprised of Chairperson Aisling Gardiner, Speaker Gaby Johnston and Expresser of Thanks Benjamin Warwick. Gaby spoke movingly on “The Glass Ceiling”, whilst Aisling and Benjamin were authoritative and professional in their respective roles. A special mention must go to Benjamin who ably fulfilled his role with only hours to prepare, due to illness of other team members.

Chairperson Abby Conroy, Speaker Anna Woodside and Expresser of Thanks Nicole McCavery emerged as winners, with Anna’s speech on “Body Image” earning a special mention from the Adjudicating Panel. These three girls will now compete in the Northern Ireland Final in early February.

“It was a definite challenge working with students from other schools and having to think on our feet! Thanks to Mrs Weir for all her hard work in preparing our two teams for the event.”

“This was a wonderful opportunity for our Sixth Years to develop many valuable skills such as team work, research and critical thinking which will undoubtedly come in useful as they prepare for further study and employment. It has been a pleasure working with our young people and I’d like to thank BPW for offering such a wonderful opportunity.”