Nothing less than “Supercalifragilisticexpialidocious”

A Year 8 speaker “channelling” Disney’s legendary heroine Mary Poppins wasn’t perhaps what visitors to Wallace’s Open Morning had anticipated but the response brought gales of laughter, warm applause and even left the Principal, Mrs Deborah O’Hare, momentarily lost for words! Central to the Open Morning experience is the Principal’s talk in the Assembly Hall; a full house witnessed the 10.00am presentation. The Principal was joined on stage by Head Girl Emily Howard, Head Boy Jordan Taggart and two Year 8 students Samia El Dibney and Josh Kamalarajah. Open Morning provides an opportunity for prospective pupils and parents to experience something of Wallace life and of a school described by its Principal as “distinctive, special and loved.” Mrs O’Hare spoke to the audience from her twofold perspective of Wallace Principal and Wallace parent and addressed questions she felt were especially relevant to parents. Her co-speakers (four remarkably self-possessed pupils) shared their experiences of life in the Wallace family as “near leavers” and “newbies”; Emily suggested Wallace is “simply the best” and Jordan noted it is “a very special school.” Mindful of our younger guests Mrs O’Hare chatted informally with Samia and Josh who took to the open stage and hand-held microphones like seasoned professionals and described their first term at Wallace. Given the “describe Wallace in one word” test Josh took everyone by surprise with his multi-syllabic answer! 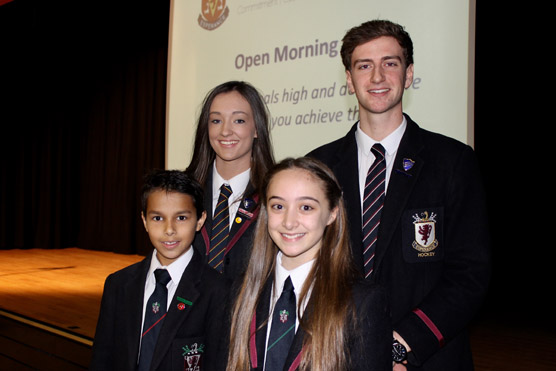 The presentations in the Assembly Hall touched on a number of key themes primarily defining what Wallace provides for its pupils: a culture of challenge and support, a focus on the development of confidence and resilience, an ethos of respect and compassion and a rich variety of extra-curricular opportunities. As Samia observed “There’s something for everyone at Wallace” and the crowds of approximately 2,500 who passed through the school saw, heard and experienced the nature of Wallace life. The exhibition in the Gym showcased our extra-curricular activities which are truly diverse, ranging from: curriculum based activities (Art club, Chemistry club, Drama club) through sports (badminton, cricket, equestrian, hockey, netball, rugby, swimming) to more tranquil activities such as choirs and orchestra or spiritual reflection at Scripture Union. 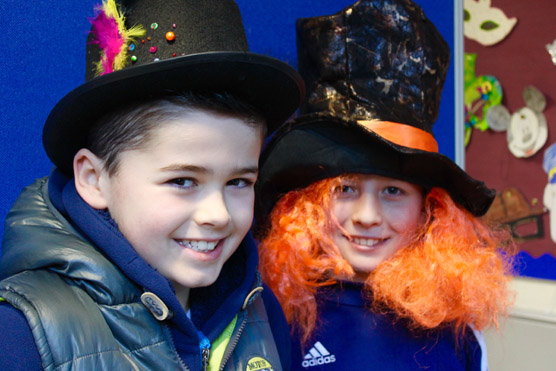 Visitors were guided expertly around the busy corridors by the many pupils who had volunteered to be part of the Open Morning experience; in addition many pupils were working alongside staff members in the various departments. The rapport between pupils and staff was noted by our many guests and clearly illustrated the excellent relationships which characterise Wallace life. Perhaps the biggest challenge for visitors was trying to experience all the activities on offer as departments had tried to cater for all interests! A notice warning the squeamish not to enter had others eagerly queuing to see the dissection in Biology whilst Roald Dahl and BFG dreams featured in the English department. On the top corridor visitors could experience an exotic jungle in Geography and appreciate our pupils’ skills in fine art, ceramics and iPad created pieces in Art.

Specialist classrooms are part of the allure of “big school” and the “flaming effects” of Chemistry ensured the labs were constantly full. Open Morning wouldn’t be Open Morning without delicious smells wafting from Home Economics; it is probably the department where pupils and staff work the hardest as every visitor wants a taste of Wallace! The History department had a mesmerising display as a World War One trench had been re-created and sixth formers were dressed as soldiers of the period. The enthusiasm and knowledge displayed was a tribute to the teaching of the subject within the school as some fascinating historical trivia was shared with awestruck young guests. 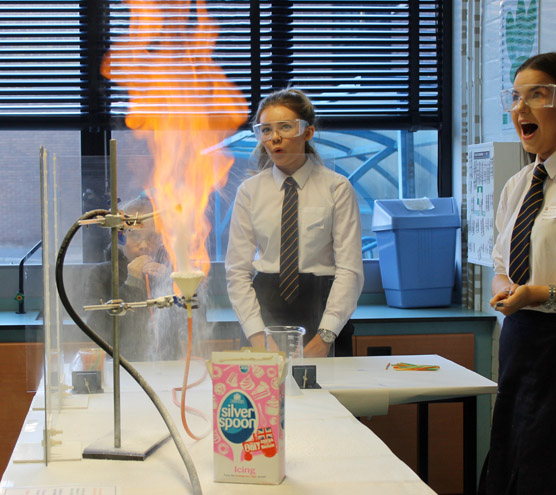 Open Morning once again proved to be another very enjoyable and successful day in the Wallace calendar and perhaps reflected a comment from the 2015 post primary inspection that; “The school promotes a clear sense of identity and purpose; consequently, there is a great sense of pride and loyalty to what Wallace stands for: Commitment, Opportunity, Respect, and Excellence.”
All connected with Wallace High School would like to thank our visitors for showing such a strong interest in the life of our school during Open Morning 2017!