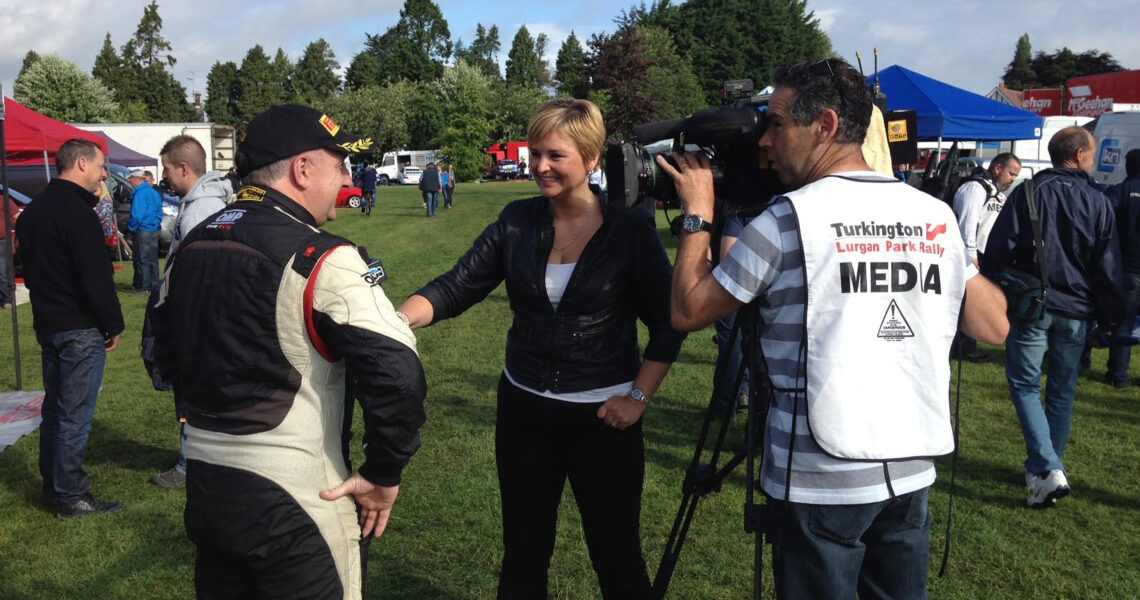 Denise Watson is a well-known local radio and TV presenter and a current member of Wallace’s Board of Governors. She attended Wallace in the 1980s and her daughter Samantha is currently in Year 12.

I studied Art, English & History for A level. I just loved reading books and my English teacher was called Miss Hegarty. She taught us all about “The Great Gatsby” and I loved her passion for her subject. She was strict but very encouraging. I loved drawing so Art was a definite choice for me. I’d say I’m quite creative and imaginative. Choosing History made sense as I like politics and exploring how other countries are governed. We did the Russian Revolution; Rasputin the mad monk! I left Wallace in 1990 and went to Queen’s to read English (Single Honours) where I studied everything from Pope & Chaucer to Black American fiction and modern writers like Anthony Burgess and Philip Larkin. It was a great course to take. The tutors were very engaging.

My best Wallace memory was being voted House Captain for Gracey house by my peers. I never expected it. There were so many people actively campaigning for votes and I didn’t buy into that at all. I became a leader and thrived under the responsibility. I was also Netball Captain and loved winning!

The school is very disciplined and it encourages all pupils to strive to be the best they can be. The teachers also care that the pupils are working to the best of their ability. I always felt part of a wider family at Wallace. It’s a special school.

What are the greatest challenges and greatest joys of your work?

The greatest challenge of my work is to be a female in a male-dominated environment without doubt. I was so determined to be a broadcaster that no amount of rejection deterred me. In fact it spurred me on. “You can’t do that – you’re a girl.” I was told that aged 16. Well, look at me over 30 years later. I fulfilled my ambition of (first) broadcasting on TV and radio and then being a Sports journalist on BBC and UTV. I’ve also worked for TG4 and RTE on Rallying shows. I love live radio for the adrenaline rush. You can never tell what might happen. I enjoy a challenge and performing well under pressure too. I’ve met some incredible people like Lewis Hamilton, Sir Alex Ferguson, George Best and Joey Dunlop through my work too.

What advice would you give your 18 year old self?

Don’t take no for an answer. If you put your heart into doing something you can do it and get there. There’s not one person in media that I’ve met who hasn’t been through something to get where they are now. I guess I never did give up or accept rejection! That’s how I’ve succeeded. And I’ve had some brick walls to kick down believe me!

My greatest achievement in life is to be a mum to two fantastic daughters. Samantha is 15 and is at Wallace. She works very hard and is creative like me. She writes really well and shares my love of music and theatre. And Beth is 12. She’s at Hunterhouse and is very Sporty. She plays Hockey for South Antrim and Squash for Ulster. I’m incredibly proud of them both. Workwise – I’ve survived in a tough industry for almost 30 years now and keep myself relevant by training with new technology and new people. I loved working in London in 2004 at Radio 1 & Grandstand, covering the Commonwealth Games  in Manchester, breaking the Nationwide story of Armagh GAA star Oisin McConville’s gambling addiction (which won me the CIPR Sports journalist of the year award) and presenting “Final Score” the Irish league results show. I’m also lucky to have presented Sport on both Newsline on BBC1 and UTV Live. I’m now enjoying my job as a breakfast radio presenter at U105.  If it all ends tomorrow I can say I’ve achieved my dream. I’m very blessed.