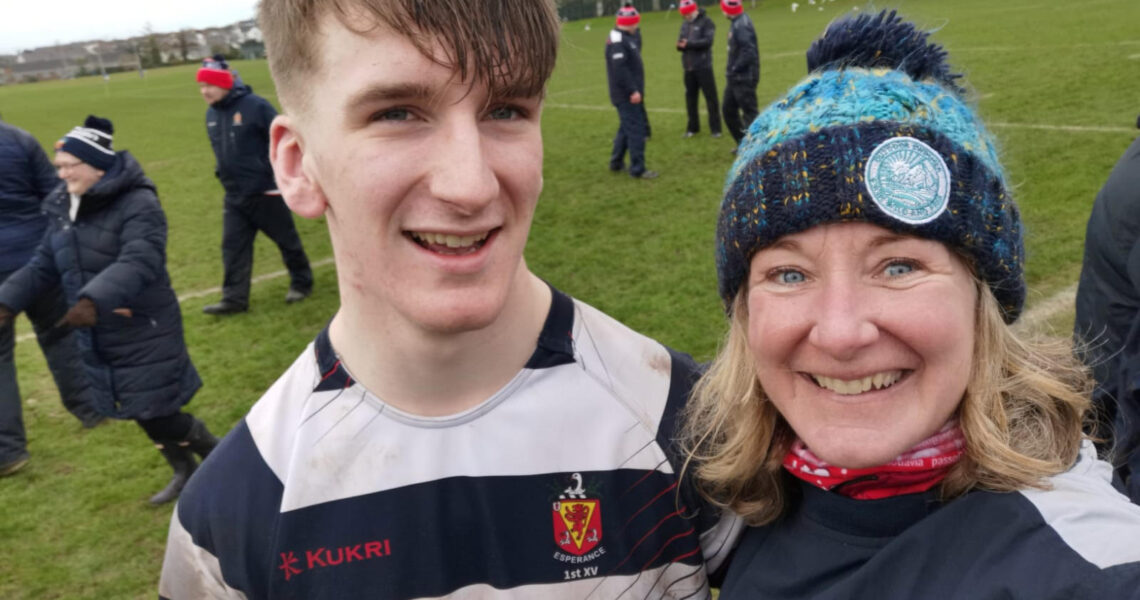 Andrea Harrower  (Thompson) , along with her siblings,  showed a huge enthusiasm for school life, especially sporting life as she was a consummate games player. Her late husband was  Wallace icon JP (Paddy) Harrower and her elder son completed his A levels at Wallace in 2022. As Miss Gracey has often noted it was not her moment of greatest perception when, keen to get the A level class started, she urged Andrea to stop looking out the window and said:

“There’s nothing interesting out there. It’s only second form boys and Mr Harrower.”

Andrea is currently assisting us with early morning fitness training sessions for our girls and has re-appeared in a Wallace dug-out. Since Paddy’s death from pancreatic cancer she has been involved in fundraising for the cause and is “enjoying” completing the Polar Bear Gold swim challenge. Rumour has it she hopes to persuade some Wallace staff to complete a dip with her!

French, German and English Literature ( switching to books from blood cells at  Halloween of Lower 6th)  even though Miss Gracey warned me that I might have missed too much to make the switch to English completely successful. Just to prove her wrong, I ended up with an A in it. It’s probably why she calls me “incorrigible.”

After Wallace I went to Loughborough University, not to do Sports Science as everyone thought I should, (I’ve always been independently minded) but to do Modern European Studies (French, German and Politics)… and have an immense sports arena to play / train in rather than study sports.

After graduation I travelled for a year. I was always going to head off solo, but at the very last minute I asked boyfriend Paddy to come with me…after he got over the shock of my invitation, he duly got a career break from WHS for a year…and off we went adventuring.

Respect, commitment, discipline, taking pride in the uniform and feeling privileged to have my foundational years at a school that shaped the person I have become.

What do you regard as your greatest achievement to date?

Personally – navigating an “against the odds” relationship that ended in marriage and two incredibly honest, hardworking, talented and resilient sons, the latter of which has been more evident than ever in recent months since the short illness and death of their dad, WHS legend Paddy Harrower.

Sporting – being the 1st person in Ireland to complete the Everesting cycle challenge described as “fiendishly simple, yet brutally hard”  (repeats of 1 hill nonstop until you achieve 8848m) and the 1st (along with my best friend) from Ireland to swim from France to Italy across the Bonifacio Strait (meant to be 15km but due to conditions was 17km!)

What advice would you give to your eighteen year old self?

Stay true to your own self. Seize every moment, step out of your comfort zone. Life is not a journey to the grave with the intention of arriving safely in a well preserved body, rather, you should skid in sideways, body battered and with “badges of honour”, balancing chocolate in one hand, ice-cream in the other, screaming: “wooooooooooohoooooooooo! What a ride!”

Donations in memory of Paddy to raise funds for cancer charities can be made via the link below: