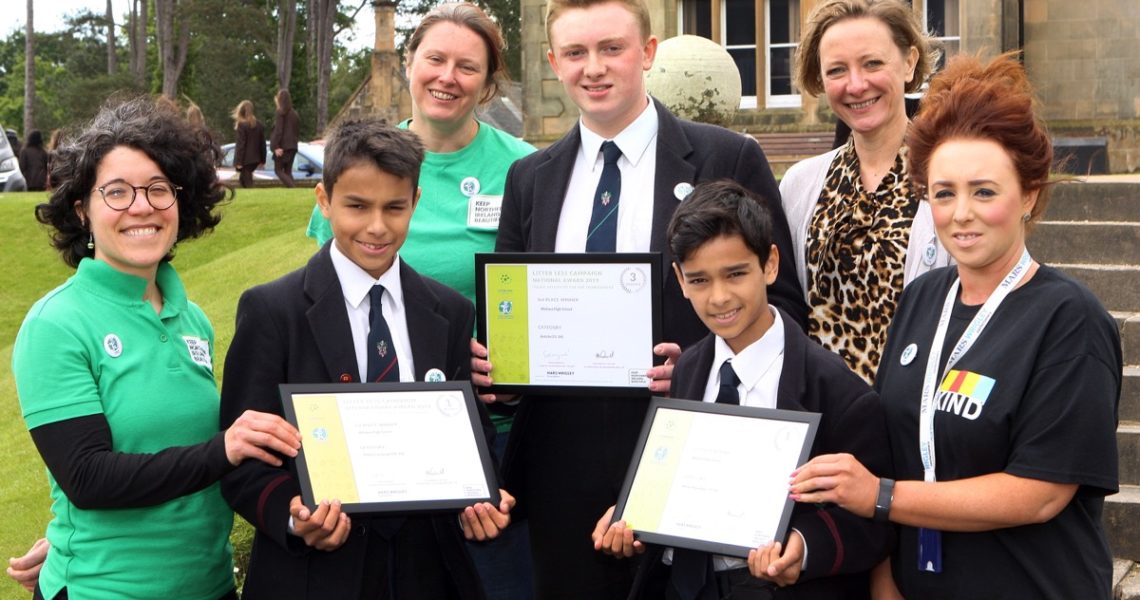 YOUNG REPORTERS FOR THE ENVIRONMENT 2019

They always say lightning doesn’t strike twice, but for brothers Josh and Max Kamalarajah this weather phenomenon has struck twice at a national and international level!

This has been the second year that the School has entered the Young Reporters for the Environment Competition.  In 2018 The Northern Ireland Litter Less Campaign team made “Food Waste” the theme of the National YRE competition. During their research Josh and Max uncovered statistics such as “1.3 billion tonnes of food, enough to feed 3 billion people, is wasted ever year” and hence the concept that food wastage is a crime against humanity. This gave Josh and Max the idea of making a campaign video in the form of a crime report.  The humour captured the audience’s attention but at the same time challenged the viewer to consider whether they were the hero or the villain when it comes to food wastage.  This video won the International award in the 11-14yrs age category. The boys were invited to give a talk on the UN’s second Sustainable Development Goal “Global Hunger” at the Green Schools Global Goals Conference in Croke Park in Dublin.

This year’s theme has been the use of SUPs (single use plastics) which is a major global issue.  Josh and Max have created a photograph that evokes powerful emotions and makes people stop and think. A child buried in plastic is an immediate attention grabber.

However, in order to produce the photograph they started to collect all the plastic that they used at home from before Christmas until February this year; they asked their aunts, uncles and grandparents to do the same. As you can see, the results of this exercise were horrifying! Cumulatively, they had gathered enough plastic to bury a child alive!

Many families are probably shamefully oblivious to the sheer quantities of plastic that they are using. Their winning picture is a visual metaphor of a child sleeping peacefully in bed blissfully unaware of the dangerous plastic duvet piling up around them just as many of us are closing our eyes to the devastating effects that plastic pollution is having on our planet.  What a nightmare! The picture acknowledges that it is “Time to wake up to the problem of plastic!” and the boys hope that their photograph might open other people’s eyes to the magnitude and reality of our planet’s plastic problem.

Both Josh and Max feel that the whole experience has been ‘amazing!’ and unbelievable. They feel that they are ‘incredibly lucky to have won two years in a row because all the entries were so good’ and winning at the international level again must have been a tough decision for the judges. Fellow prize winner from 2018 Thomas Brady also entered again this year in the Written Article section 11-14 years gaining 3rd place on the topic of SUPs in the shopping aisle.  The article highlights the fact that it is difficult to buy food products that are not wrapped up in plastic; this theme was highlighted in a recent BBC documentary.

Josh and Max would encourage other young people who are interested in environmental issues to ‘go for it…get involved now!’  They feel that ‘it is imperative that young people play a key role in protecting the future of this wonderful planet that they are hoping to enjoy for years to come. Don’t underestimate the difference you can make by being an environmental role model at home, in your school or in your local community. Collecting plastic for our photograph served to highlight the extent of plastic usage within our own family circle and subsequently encouraged change. As a start we would recommend YRE. It is an amazing opportunity to be a reporter and raise awareness of environmental issues on a world stage. Small ripples can make big waves!’  If Greta Thunberg can do it, so can you!  Why not start off by participating in beach clean ups and reducing the amount of plastics which are purchased in the home?

So make sure that you continually check your school emails and twitter for any competitions which are promoted by the Geography Department.  An Eco-club will be set up next year for those of you who are passionate about the planet and how little acorns can grow into big trees!