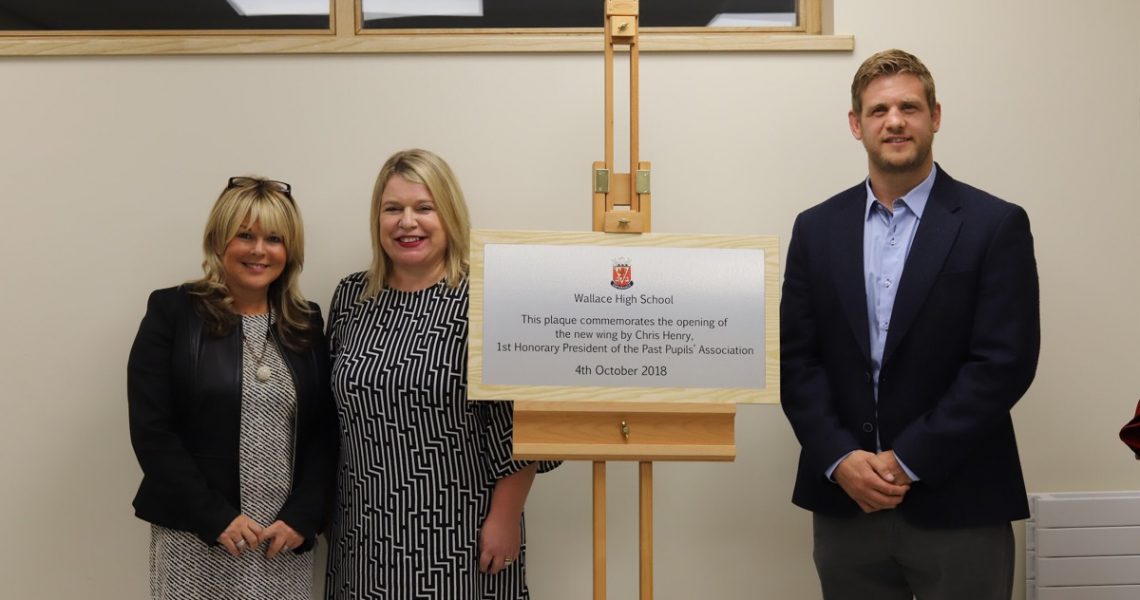 Any idea what was happening in Lisburn on the 4th October forty years ago? Sir Peter Froggatt, Vice-Chancellor of Queen’s University, was the honoured guest who officially opened what was then called the “new building” in Clonevin Park. The official programme from the opening records the cost of the building project as £1.5 million. Forty years later to the very day, Wallace’s former pupil Irish and Ulster rugby legend Chris Henry opened the new wing which forms the core of the School Enhancement project; costing £3.5 million, the School Enhancement Project has imaginatively transformed the landscape of Wallace, future-proofing the needs of a twenty first century school and ensuring that all staff and pupils are under the one roof.

Mr Noel Gilpin, the Principal who oversaw the move from the Antrim Road to the iconic building in Clonevin Park, was described after his death by Dr James Kincade CBE (former Headmaster of Methodist College) as “small of stature but large of vision” and the inspirational development of the school’s sporting facilities can be seen as the fulfilment of a forty year old vision. The current Board of Governors and the Trustees of the school have made wise use of funds invested following the school’s last major building project; twenty- five years ago the Sixth Form Centre was built and significant amendments to the school’s pitches/sports facilities were planned. The memorable opening of the “smurf turf” (the school’s astro turf hockey pitch) in 2014 brought the school closer to attaining the vision which has now culminated in the finest of Strength and Conditioning suites. Designed with assistance from Ulster Rugby the facility is state-of-the-art and contains four power racks with custom laser cut branding with the Wallace High School logo. The area contains a free weights area with weight-lifting platforms, a blue astro-turf track (we like smurf turf!) for conditioning and warm-ups, plate loaded resistance machines and cardio equipment. We also have new changing rooms, new showers and even the novelty of hairdryers! 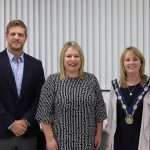 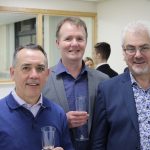 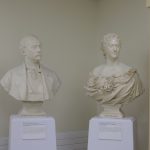 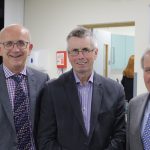 Ever watched The Great British Bake-Off? If you are among its millions of fans you will have seen an oven designed to provide ease of access from a wheelchair; we are delighted to have disability access to one cooker and sink in each of the three classrooms. The floor-plan of the Nutrition and Food Science Department is generous as the bright, airy classrooms can accommodate up to twenty four pupils and each classroom has its own neighbouring multi-purpose classroom. Pupils have been enthusiastic about the tasteful colour schemes in the classrooms and the air-conditioning was much appreciated in the long hot days of summer. The Old Girls’ Association furnished the school’s first ever Home Economics classroom and prior to evolving into the Past Pupils’ Association the ladies suggested they would make a contribution to the new department; Miss Wallace (Head of Department) was delighted to suggest new cups for GCSE and A level prize-winners.

The former Art Department had open plan classrooms so having your own four walls and a door is a veritable novelty for some teachers. Situated on the top floor of the new wing, the Art facility has three Art rooms, an MIA room, a workshop, an ICT suite and a Sixth form annex. There is also an impressive display area currently exhibiting GCSE, AS and A2 fashion pieces. The Technology Department, the final element of the SEP to be completed, has gained to quote Head of Department Mr Alan Monteith, a “fantastic CAD/CAM suite.”  Once fully equipped the room will lave the latest CNC router, laser cutter and 3D printers to produce the most sophisticated of projects. Technology is a popular subject at GCSE and A level so the aim was to reduce the “bottle-neck” around project development as pupils often had to wait for access to the router and laser cutter.

Guests at the official opening enjoyed refreshments, musical entertainment by Julie Piggott and Andrew Li and tours of the SEP ably led by the Senior Prefect Team. The honour of officially opening the SEP fell to Chris Henry, the first Honorary President of the Past Pupils’ Association. Paying tribute to the influence of the school, its teachers and the vision of the Trustees and Governors Chris encouraged past pupils to engage with the school through practical support for the current school family. 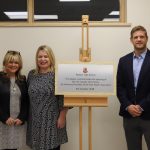 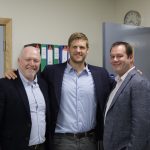 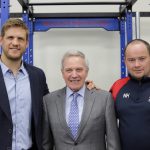 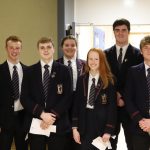 “Tonight was a night of celebration and an opportunity to formally place on record the thanks of the wider Wallace community to the many, many people who have helped to create facilities which will safeguard our students’ opportunities both now and in years to come. We owe a great debt to our architects Dominic Carson and Ciaran Murray and to the main contractors Martin and Hamilton who have delivered this project in an exemplary fashion. I am delighted by the opportunities this School Enhancement Project represents for our pupils, both present and future and equally delighted for the staff involved who have gained such inspiring work environments. Our Head of Maintenance Mr Colin McCutcheon has been tireless in his attention to detail throughout what have been for him long days and months.

Thanks are also due to the trustees and Governors for their commitment, enthusiasm and vision.

I also want to record my thanks to Chris Henry both for his presence this evening and his willingness to be involved with the Past Pupils’ Association. Chris is a great role model for all Wallace pupils, whether they are interested in sport or not, and we look forward to seeing the association flourish in the days and years to come. Finally, our thanks to the director of Lisburn Museum and his staff who have granted us the great privilege of allowing Sir Richard and lady Wallace a night out with the Wallace family.”