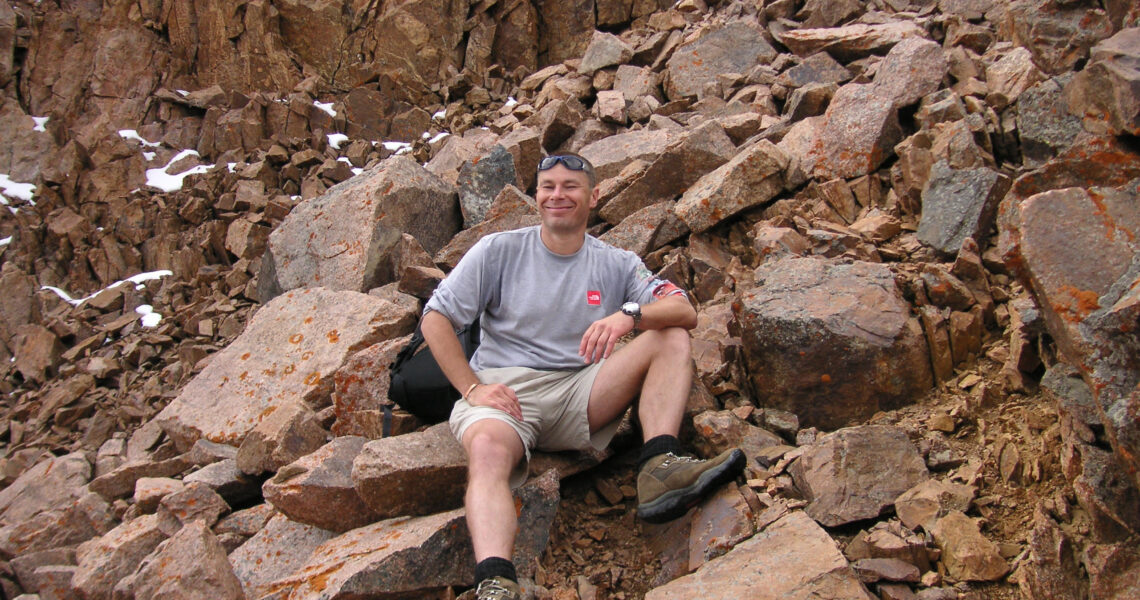 William Roy attended Wallace from 1983-1988 when he was taught by teachers who really starred in the Wallace Hall of Fame! He was privileged to have enjoyed lessons with the late Mr Bill Wilson, Vice-Principal Miss Elizabeth Ramsey, Miss Fulton and Mr McLaughlin who steered Wallace to its very first Schools’ Cup final. William has a daughter in Year 13 and recently visited Mr Armstrong’s Year 13 Politics class to talk about his previous experiences of working in Ukraine when he had been involved in monitoring in the Donbas region.

I left after GCSE but subsequently undertook a MSc at Leicester University and a MBA at the University of Northampton.

What is your best memory of Wallace?

Rugby practice on dark and freezing cold afternoons in January.

The importance of mental and physical resilience. (resilience was subsequently identified as one of the CORE values staff and parents wished pupils to possess and it remains central to our philosophy)

Making a first ascent of a peak on the island of South Georgia and subsequently naming it.

What are the greatest challenges and joys of your work/ life at present?

I’m an independent consultant so work is not a constant flow, more of feast or famine. The last few years have allowed me to spend more time with family and undertake a variety of different projects.

What advice would you give to your eighteen year- old self?

Know where you are going, there are multiple paths to get there, seize opportunities and consider the path less trodden.