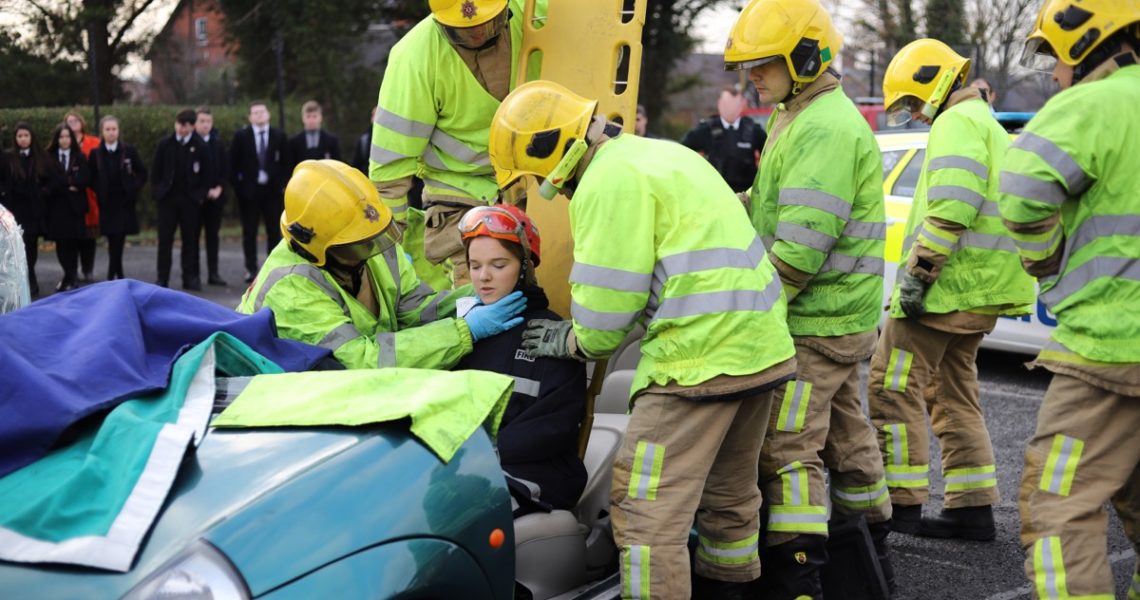 Raising awareness of the dangers of speeding and careless driving are two of the aims of Northern Ireland Fire Service’s Road Safety week, and on the morning of their presentation to Wallace High School’s Year 13 it was pertinent that an article appeared in the German press reporting how an 18-year-old had been stopped for travelling almost twice the speed limit only 49 minutes after passing his driving test.

The morning began with a presentation of a case study to the group of, mainly aspiring, young drivers. It outlined how whole communities can be impacted by the tragic events of a road traffic incident.  Not only may a family lose a loved one, but that person might also be someone’s close friend, a parent, an employee or employer, and so the impact widens.  A member of the PSNI outlined to pupils how a moment of carelessness, a glance at a text message or banter amongst friends in the car can cause a distraction for the driver and lead to far-reaching consequences if a collision occurs. 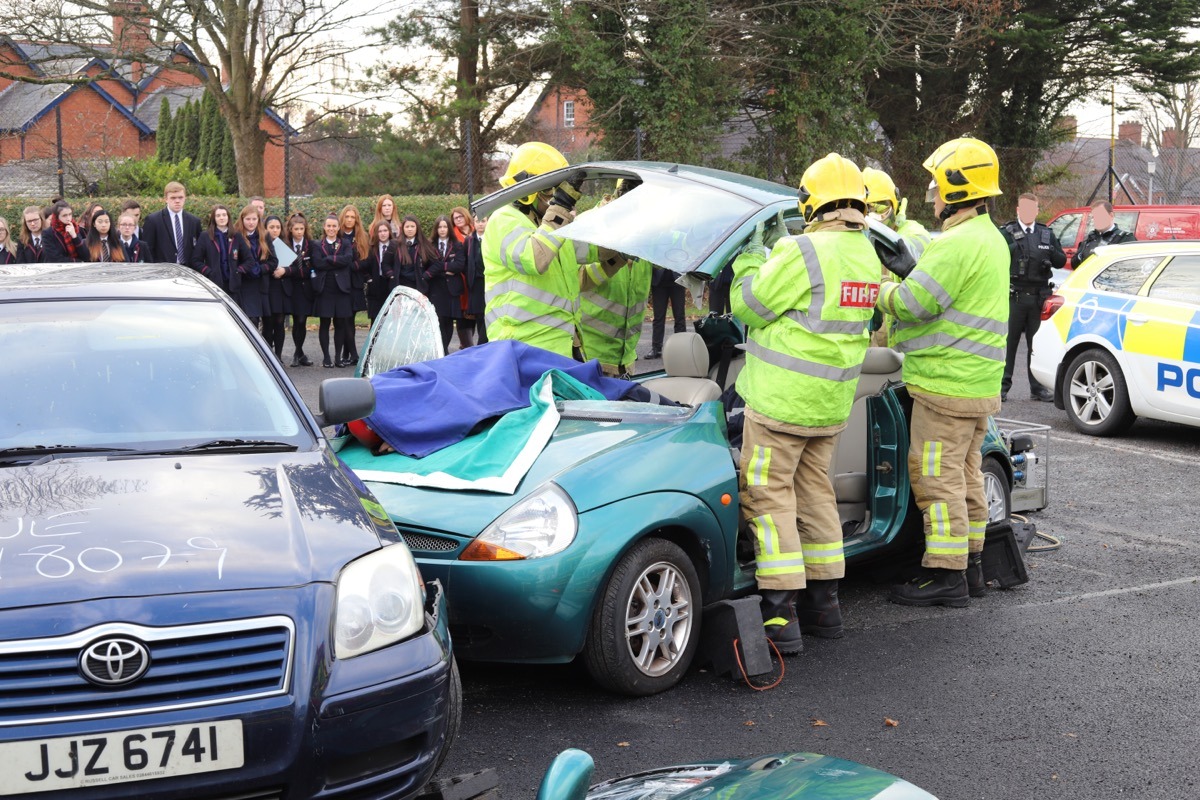 The students ventured out into the school grounds where they were faced with the scene of an accident involving two cars and a number of casualties including one person who had been thrown through the windscreen of their vehicle and two others who were clearly distressed and in pain.  Events developed quickly as the PSNI arrived and after initial assessments, they stabilised the occupants, seized mobile phones and placed one young driver under arrest pending further investigations. The PSNI were closely followed by the Fire and Rescue Service, who quickly removed casualties having first removed the top of one of one of the vehicles! 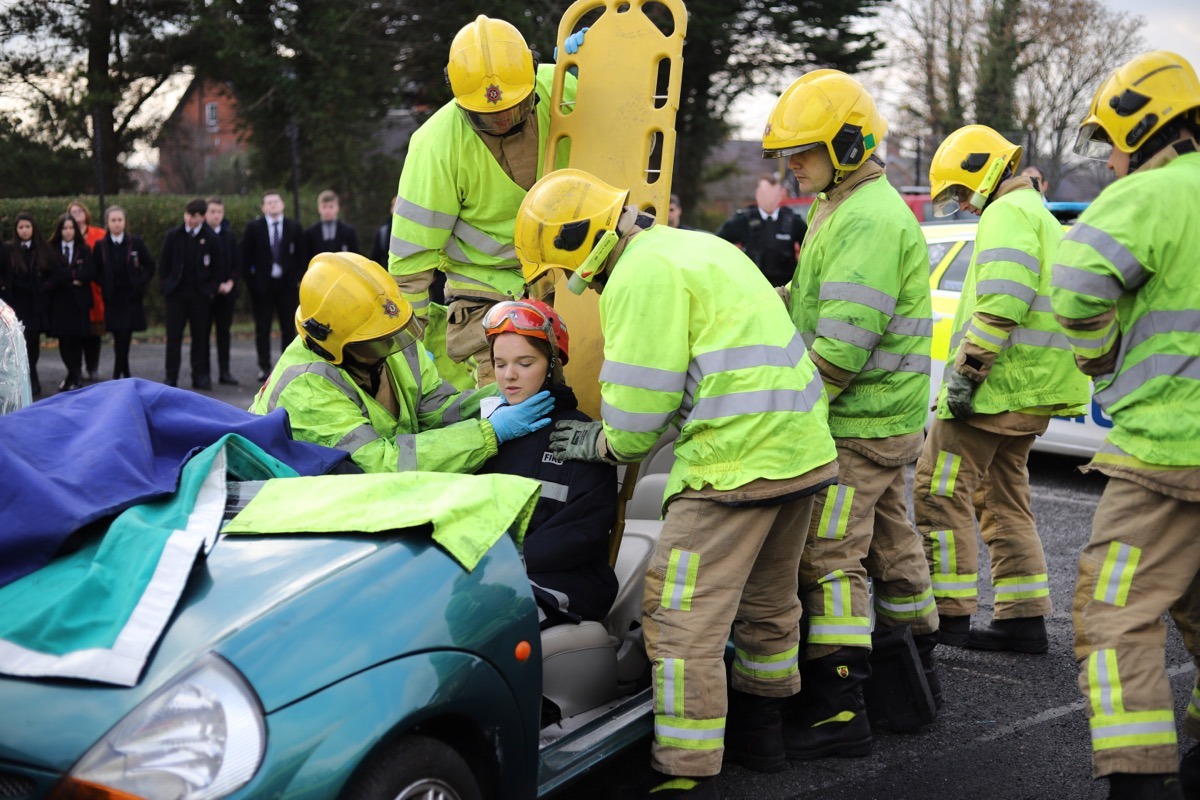 The event brought home quite starkly how a moment’s carelessness or excessive speed can result in far-reaching consequences for all parties involved and was very much appreciated by the students and staff in the audience.

A special word of thanks should go to our local NI Fire & Rescue Service and PSNI members for making this event possible, and of course our four willing volunteers who made the event so much more realistic.