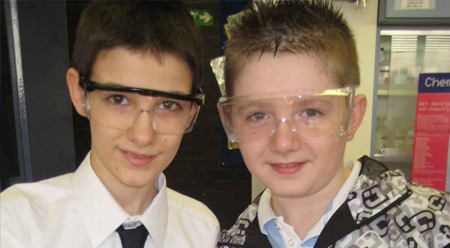 Following speeches from senior prefects, Year 8 pupils Patrick Ferguson and Kate Gordon and Principal Mrs Anne McBride, the prospective Year 8 pupils and their families had the opportunity to explore the school and its extensive grounds and talk to staff and current pupils.

Highlights of the departmental interactive displays included a waterfall in Geography and chocolate tasting in Business Studies. 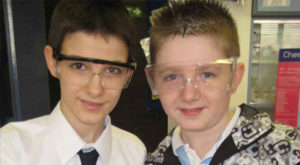 Guests were also invited to enjoy a range of freshly made scones and smoothies in the Home Economics Department and sample European culinary delights in the Modern Languages Department. Taster lessons in French, using the school’s state of the art interactive whiteboards, were also popular with Primary school visitors.

Prospective pupils had the opportunity to take part in cutting edge movie making in the Moving Image Arts Department as well as enjoy a hands on approach in the school’s Science laboratories.

Prospective pupils were able to learn about the myriad of sporting activities which Wallace offers, from skiing to show jumping, as well as see the outstanding range of silverware which Wallace teams won last year in a wide range of sports including badminton, hockey, rugby, tennis and netball.

Guests were also entertained by a wide range of students demonstrating their musical talents including classical harps, African drums and 1950’s swing. Clubs and societies also were well represented, with exhibitions from the award winning Young Enterprise company, Scripture Union and Duke of Edinburgh’s Award Scheme to name but a few.

The school’s Charity Committee, which last year coordinated fundraising totalling over £17,500, invited P7 pupils to take part in a range of fun filled activities. Guests also had the opportunity to win a copy of “Harry Potter and the Half Blood Prince” , signed by JK Rowling, in aid of the Northern Ireland Cancer Fund for Children..

Many prospective Sixth Year pupils were also welcomed and given a tour of the purpose built Sixth Form Centre which houses study centres, classrooms and a coffee bar. They also had the opportunity to talk to Sixth Year Form staff and students.

Vice Principal Dr James Napier commented, “There is no doubt that new pupils arriving in Lower Sixth have a very valuable contribution to make and I would encourage those who are considering joining us in September to contact the school and attend the Open afternoon which will take place in March.”

Open Day coordinator Miss Heather Gracey concluded, “We were delighted to welcome so many families to our Open Day and we hope that their visit gave them a glimpse into the vibrant day to day life here in Wallace High. Visitors were unanimous in their praise of our school’s warm and welcoming atmosphere. It was lovely to see so many former students return with their children and hear them comment on how the school’s facilities have developed in the 21st century.”