The Wallace High School recently celebrated more good news on the academic front with several pupils being placed in the first three in individual subjects during the 2014 Northern Ireland CCEA examination series. This follows on from the many successes in recent years achieved by students at the Lisburn school.

Chloe Carson was awarded second place in A Level German and has recently taken up her place studying Languages in Selwyn College, Cambridge University, just rewards for an outstanding linguist.

Head of the Modern Languages Department, Alex Millar, is understandably delighted with her successes and commented: “Chloe is a very gifted linguist and this award is much deserved. I wish to pay credit to Chloe’s dedicated teachers, Miss Kerrie Ferguson and Mrs Ruth Logan, and also to wish Chloe all the best for her studies at Cambridge and in the future. We look forward to hearing about her continued achievements and welcoming her back to Wallace at some stage.”

Following on from the outstanding 2014 GCSE results where twenty nine students achieved all A or A* in full course subjects at GCSE, five current Year 13 students were placed in the Northern Ireland series. Jenny Johnston and Kerrie Patterson were first in Journalism and Home Economics respectively, with Kerrie also joint third in Religious Studies Short Course. 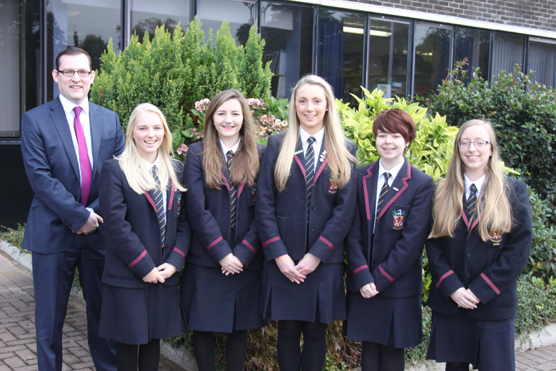 Upon hearing the news, Mr Lowry, Head of Year 13, stated that “the girls and their families should feel justifiably proud of their achievements as indeed we all are as a school community. To be placed in the top three from the many candidates who sit these subjects with CCEA is outstanding and we look forward to celebratring the success of these students and the many others who performed so admirably in their GCSEs at our forthcoming Senior Prize Day.”