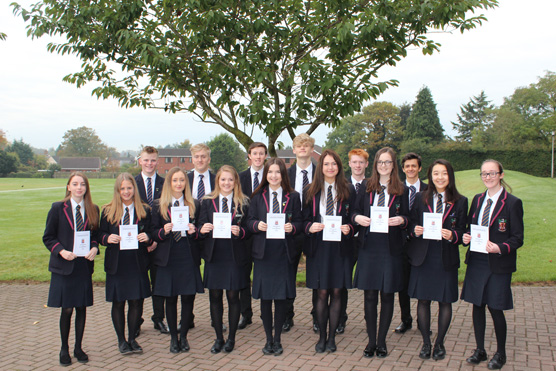 “Cherishing the past, celebrating the present, creating the future” has long been a Wallace mantra but it assumed a particular poignancy at this year’s presentation of certificates and prizes. Principal Mrs Deborah O’Hare welcomed distinguished former pupil, Mr Mark Ennis CBE, to the stage as guest speaker, paid eloquent tribute to former members of staff and outlined the exciting £3.2 million school enhancement project which will fittingly conclude in 2018 the 200th anniversary of the birth of Sir Richard Wallace, the school’s legendary founder.

In May of 2016 the Wallace family grieved when friend and colleague Mrs Jill Lockhart, a staff member since 2006, died of ovarian cancer. In affectionate memory of Jill a new prize was presented ; the Jill Lockhart Cup will be awarded annually to the top student of A level Biology studying Nursing at university. Staff were delighted that Jill’s husband Jonny courageously attended the event to hear personally the Principal’s touching tribute to his late wife. Mrs O’Hare also recognised the rich legacy left to the school by the late Theo Saunders ; his influence is seen in the passion for music he shared so warmly with pupils but his ” generosity of spirit” found material expression in his will as he left the school valuable gifts which included a grand piano, a pipe organ and chairs from his own recital room.

Celebrating pupils’ achievements is at the heart of this special occasion and the Principal outlined the outstanding academic results of the classes of 2016: the school’s best ever A level and AS level results, 7 students with at least 3 A* grades at A2, a large number of pupils placed in the CCEA rankings, 10 GCSE students with at least 10 A* grades and the top GCSE student in the borough (Matthew Allen) with a brilliant 12 A* grades. The Principal also commended the Year 14 leavers for their embodiment of the school’s wider values noting in particular the passion they had shown for philanthropy and their commitment to fundraising.

Mrs O’Hare also reflected on the future, highlighting the very fast pace of change in the curriculum at GCSE and A level; she commended the staff for their dedication, professionalism and resilience in meeting these challenges. The School Enhancement Project will equip the school to meet even more fully the needs of its pupils and one element, the Strength and Conditioning Suite, will be unique in the schools’ estate of Northern Ireland. She also touched upon the school’s continuing focus on a “growth mindset” which is already paying rich dividends for the pupils. 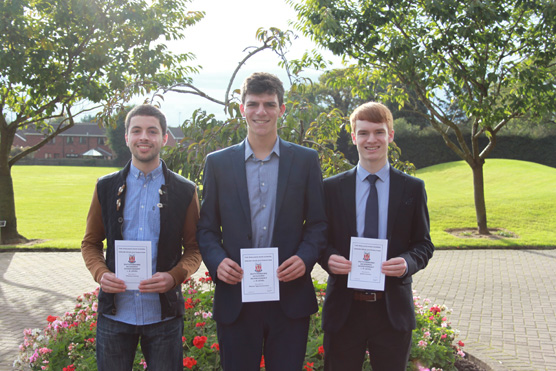 The Principal concluded her address by quoting the words of the inspirational civil rights leader Dr Martin Luther King about the nature of education:

” Education plus character- that is the goal of true education.”

The guest speaker Mr Mark Ennis CBE provided a dynamic address which combined his affectionate recollections of his past at Wallace, his appraisal of what young people and society need in the modern era and some invaluable advice on how to approach the future. The current Chairman of Invest NI Mr Ennis, who studied Economics at university, was honoured by his alma mater (Queen’s University Belfast) in 2001 when he was named as Graduate of the Year. He was awarded the CBE in the Queen’s Birthday Honours List in June 2016 and was described by Head Boy Jordan Taggart as ” an inspirational example” for today’s pupils. 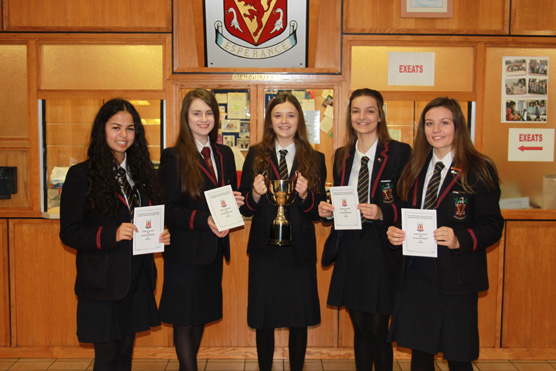 Guests also enjoyed a varied musical programme (including a delightful rendition of Seaside Rendezvous by the Honours Choir) before processing to the Boyd Sports Hall for the customary refreshments and “meet up” with friends.