Having previously shared The Shield in 1986 with Omagh Academy, Wallace were determined to get their name on the trophy against a well drilled Down HS.

Following an early penalty miss from Down HS Wallace were able to dominate proceedings in the first half and they took an early 3-0 lead through a Jonny Stewart penalty.

After 22 minutes Wallace got the opening try following a powerful surge from their impressive No.8 Gary Dillon. The pack had a number of quick pick and drives before captain Jonny Stewart found a gap in the Down HS defence to touch down under the posts which he converted.

Down HS came into the game in the final 10 minutes of the first half but were thwarted through some excellent defensive work from Matthew Miller, Nicholas Woods, Ryan Malley and Ben Parker.

Wallace, however, finished the half strongly and following a turnover at the scrum the backs moved the ball accurately and Toby Kerr fed Kyle Hayes who picked out Jonny Hunter who finished a sweeping move. Wallace led 15-0 at the interval.

Jonny Stewart added a further penalty in the second half after 49 minutes. At this stage the game was punctuated by Wallace errors and Down HS got themselves on the score sheet with a try from a breakaway following a maul.

Wallace had a number of line outs in the 22 but were unable to capitalise. Jonny Stewart added a late penalty to seal a comprehensive victory. 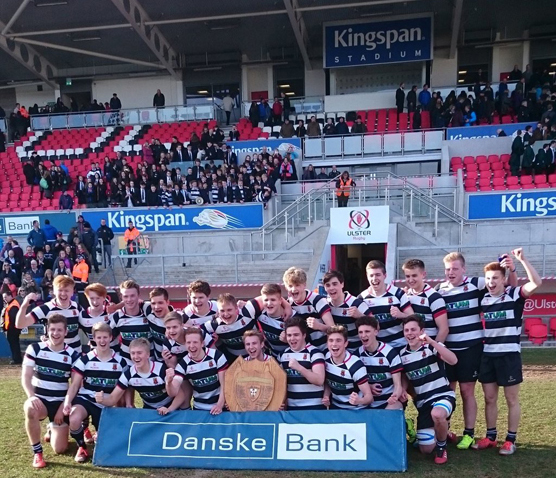 This was a tremendous conclusion to the season for the 1stXV and especially for the five Year 14 players who finished their school careers at Kingspan. The players would like to thank all the supporters who travelled to support at Kingspan and indeed throughout the season.

Best wishes go to 1stXV captain Jonny Stewart who has been selected to represent Irish U18 at the prestigious 5 Nations Festival taking place in Wales from 22nd March to 2nd April 2016.

The Wallace High School Medallion fell agonisingly short of victory as they lost 22-8 to RBAI in the Medallion Shield Final at Kingspan Stadium on Tuesday afternoon. It was an entertaining match and up until the final ten minutes it was hard to envisage a winner.

The opening quarter saw both teams trying to gain ascendancy with much of the match taking place around the halfway line. Both defences were on top and it was not until the 18th minute when RBAI through their centre, McIlveen, scored a converted try to put RBAI into a 7-0 lead. 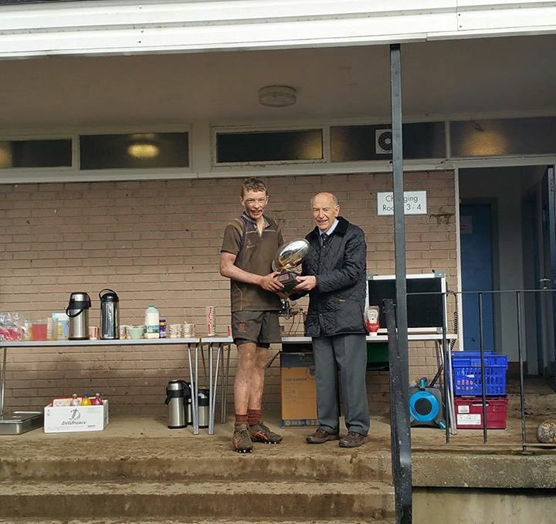 Wallace responded through a close range maul which was held up short and a number of forward drives before a sweeping backline move involving Marco Manso, Nathan Doak, Ben Carson, Jack Dillon and captain Conor Rankin resulted in Dillon Jones speeding over for a try. The conversion was missed.

Both sides were unable to score and the at half time the score remained 7-5 RBAI.

Wallace dominated the third quarter as their forwards gained a strong foothold in the game. The back row of Nathan Robinson, Dillon Sedge and the powerful carrying Joel Dundas were hard working and ever present in the loose and at the breakdown. At set piece Kyle Patton, Peter McRoberts, Neil Thompson, Harry Long and Jack Bailie were able to provide quality set piece possession for the backs to utilise.

The attacking threat of Wallace was apparent at this stage and they were able to move the ball wide with Conor Rankin, Jack Dillon and Dillon Jones stopped just short of the try line.

The RBAI defence held firm with some excellent last ditch tackles and Wallace were only able to score a penalty through Conor Rankin to put them into a 8-7 lead.

This proved to be a critical period of the game with fifteen minutes remaining. Wallace made a number of critical errors and RBAI gained a foothold in the game as their forward pack got their game going. They kicked a penalty to lead 10-8 with ten minutes remaining and scored a converted try through their prop to lead 17-8 with seven minutes left on the clock.

Wallace tried to move the ball but accuracy of pass let them down and RBAI scored a final try from the last play of the game to win 22-8.

The score somewhat flattered RBAI but they were worthy winners. Wallace can only reflect on what might have been, particularly the need to score a try in the third quarter and errors which gave RBAI possession and territory.

The Wallace Medallion have made dramatic improvements individually and as a team through a high work ethic, commitment, togetherness and desire. They have shown a tremendous attention to detail in this regard. They have enjoyed an unforgettable journey and made much progress since last August and staff, parents and supporters are extremely proud of their performances. 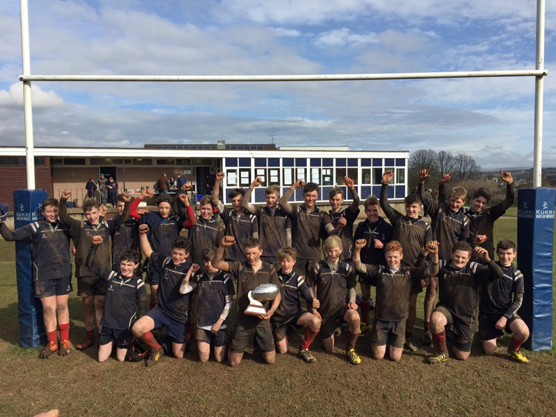 Coach of the team, Mr Matthew Glenn, was proud of his players and commented: “Although disappointed with the final result our players can reflect on an excellent season of improvement culminating in a fantastic run to the final. The level of commitment and skill on our part during the game were at the highest level and the players deserve immense credit for their performance against a very good RBAI team. I would also like to thank our tremendous supporters who travelled to Kingspan in their hundreds and who created a brilliant atmosphere throughout the game.”

In junior rugby, the U14 squad won the O’Kane Tournament last Saturday to cap an excellent rugby season for Wallace HS. Wallace captained by Reuben Crothers beat RS Armagh, Cambridge House, Ballyclare HS, Friends and BRA to lift the trophy for the first time since 2012, whilst in the under 13 MCB tournament the Lisburn school finished runners up to the hosts having defeated RBAI in the semi final and Campbell College and Coleraine Grammar in the group stages. Well done to all involved.