The Wallace High School boys’ hockey teams achieved a unique quadruple before Easter as they qualified for four finals in Ulster Schools’ competitions.

The 2nd X1 qualified for the final of the Prior Shield before Christmas but a combination of poor weather and other teams struggling to get matches played resulted in their much anticipated match taking place on a glorious sunny day in March at Stormont. They played a very talented Ballyclare High School 1st X1 who included some underage representative players and were more than a match for them in a superb game of hockey. Despite both teams creating many chances in normal time, the game remained goalless, thus requiring extra time. The Lisburn lads visibly tired and were eventually beaten by three goals to nil, a rather unflattering scoreline for Wallace who pushed their opponents all the way. Great credit must go to coach, Mr Neil Armstrong, captain, Chris Mark and goal keeper Stephen Crean who had a magnificent game in the final having only taken up this key position at the start of the school season. 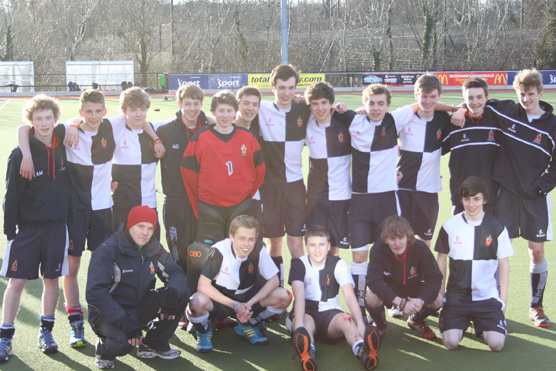 The under 15 team reached the final of the Richardson Cup taking several notable scalps on the way including Friends in the quarter finals and RBAI in the semi final. The semi final success was most impressive as the team travelled to Belfast to face a good RBAI outfit on their own pitch and emerged as very convincing 4 – 0 winners (co captain Nathan Cartmill, Craig Getty, Kyle Mawhinney and Jacob Hermon the goal scorers). They knew that they faced an excellent Sullivan Upper team in the final, a team who put the fancied Banbridge Academy out at the semi final stage and who also possessed a number of underage interpro players. Despite going a goal down early in the game, they battled back to equalise through a Jacob Hermon penalty corner before half time, whilst they also had a Craig Getty goal ruled out by the umpire just before the break. The second half saw chances for both teams but it was Sullivan who took theirs to emerge as 3 – 1 winners. 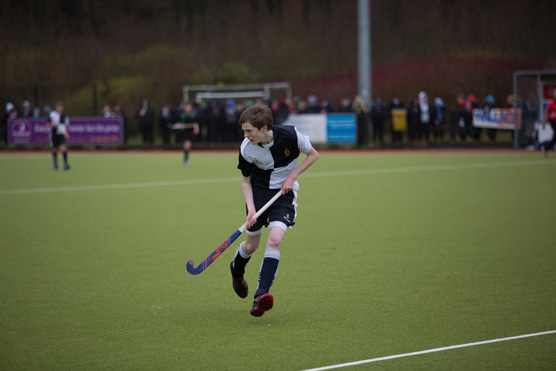 On the same Tuesday the under 13 team faced the traditionally strong Banbridge Academy in the Bannister Bowl final at Lisnagarvey Hockey Club. The 13s defeated Killycomaine, RBAI, Friends and Campbell College on their way to the final, the quarter final against local rivals Friends a real thriller as a Ben Nelson goal in extra time of a replay secured their progress to the semi finals where Year 8 pupil Jonny Lynch was the hero with two of the three goals in a 3 – 1 victory. Their final got off to the worst possible start as they went two goals down very early against a hungry Academy side. It is to their credit that they coped with these early setbacks and came back strongly in the second half to give Banbridge a real fright. Jonny Lynch again found the net with an opportunistic strike and was unlucky on several occasions not to score having tested the opposition keeper. Co captain Ben Nelson was also a constant thorn in the side of his opponents as he drove his team forward, whilst Ben Johnston made several superb saves to keep his team in the game. Coach, Mr David Simpson, was understandably proud of his players who showed excellent character to cope with the early setbacks and dominate much of the game thereafter with their high tempo game plan. The squad have improved immensely throughout the year and will now look forward to trying to achieve success in the Ferris Cup next year. 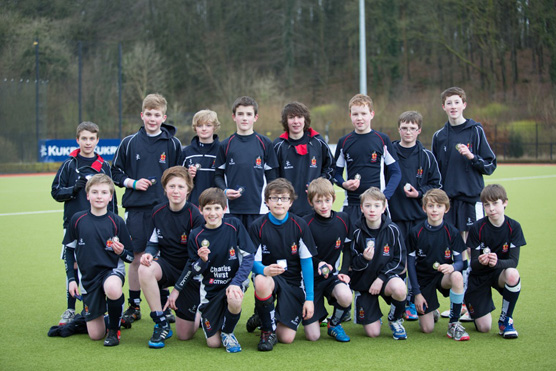 On the final Thursday of Finals Week the under 14s squad finally brought some silverware back to the school when they defeated a talented Sullivan Upper team at Lisnagarvey Hockey Club. There is little doubt that they won the Ferris Cup the hard way having defeated two very good teams in RBAI and Royal and Prior (both away matches) in preceding rounds. The final was a nervy affair and it took a great run and reverse stick finish from Wallace captain Scott McCabe to break the deadlock in the first half. Into the second half and a poachers finish from Andrew Clarke put the game beyond doubt although goal keeper Lewis Taylor was called upon to make a great save at the end to preserve the clean sheet. A large portion of this squad have also been selected for Talent Development Squads having been through a number of coaching sessions throughout the year. Scott McCabe, Jacob Hermon, Jordan Taggart, Craig Getty, William Carey and Andrew O’Hare now go directly into Ulster under 16 squad sessions at University of Ulster, Jordanstown over the coming weeks and all involved in hockey at the school wish them all the best. 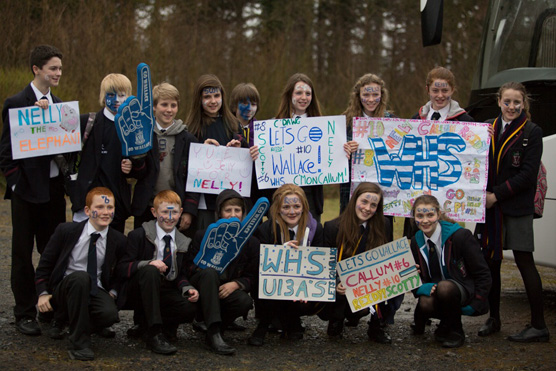