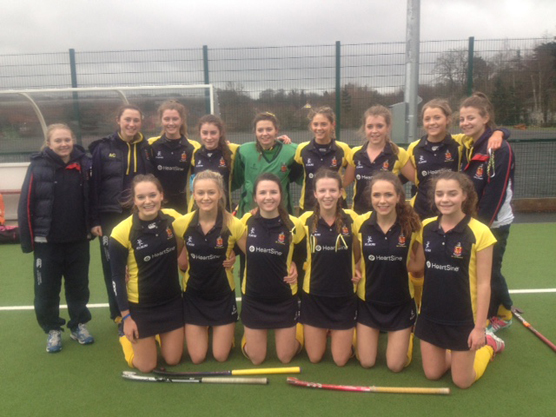 On Saturday 27th February Wallace High School’s Under 14 Girls’ Hockey Team will take on Methodist College Belfast in the semi final of the Junior Schools Cup. This competition is the equivalent of the Medallion Shield in schoolboy rugby and has proven to be a fairly reliable indicator of future performance success in the Belfast Telegraph Senior Schools Cup hockey competition.

The Wallace Under 14 squad have been working hard and achieving consistently good results since September. They defeated Down High School 4-0 when they entered the competition in Round 2, which was followed by a 2-1 victory over Bloomfield Collegiate and a 2-0 victory over a highly fancied Ballymena Academy in the quarter finals. Goals have been coming through a number of the players on a weekly basis, reflecting the team’s strength in depth. The majority of the squad are currently Year 10 pupils at the school but a number of promising Year 9 players have earned a place on the team.

The other semi final sees Banbridge Academy and Lurgan Junior High School pitted against each other on Friday 26th February, with both matches promising to be tightly contested encounters.

Saturday 27th is already being dubbed “Super Saturday” for Wallace High School as the Medallion Shield semi final against BRA will also be played. The U14 Hockey Semi Finals will be played at the neutral venue of Ashfield HS with pass off at 9.30am.

Support for both school teams would be very much appreciated with match updates posted on the school’s sports Twitter @wallacesport. 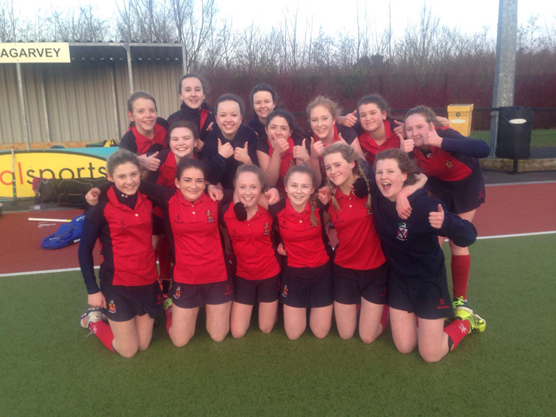 This year’s 2nd XI Girls’ Hockey Team have reached the semi-final stage of the McDowell Cup where they will take on Ballyclare High School on Monday 29th February at Civil Service. Enroute to the semi’s, the young squad overcame teams from Bloomfield Collegiate with a 5-0 win (goal scorers were Megan Getty, Sasha McEneany x2 and Emily Howard x2), Castlederg HS with a 5-3 win (goal scorers Emma McQuillan, Megan Getty, Sarah Brolly, Sophie McKee and Chloe Crothers) and a thrilling third round match against Sullivan Upper winning 5-4 after extra time and strokes. The team then faced a tough side from Coleraine Academy in the quarter-finals which proved again to be another very exciting and close game of hockey. Wallace emerged as winners once again leaving the final score 2-1 with two heroic goals from Sasha McEneaney and Sarah Brolly. The girls now look forward to their semi-final match next Monday which undoubtedly will be another very competitive and close encounter. All support is welcome.

Wallace Girls Hockey 1st XI were entered into the 3rd Round of the School’s cup this year due to a set of good results from their Saturday fixtures in September/October. They were drawn away against Banbridge Academy last years finalists and lost 3-1 in a game that was decided on the number of corners conceded. This took the team into the Senior Shield competition and they played their quarter final match against Strathern School before half term and defeated them 3-0 goals by Alyssa Jebb (2) and Jane Kirkpatrick (1). The semi final draw sets up a Wallace v Friends tie which will be played on Wednesday 2 March 2016 at Queens Playing fields at 4pm, all support welcome.

All at Wallace wish to congratulate the girls on these terrific results and would encourage the wider school community to support the teams in their quests to bring the cups back to Lisburn.