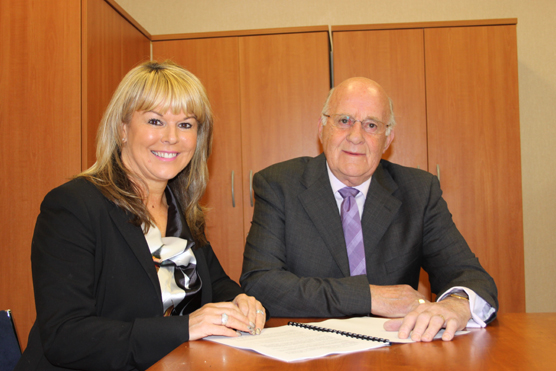 Graham Sutton’s New Year’s Honours List MBE came “out of the blue” for the former Wallace High School Board of Governors chairman.

Mr Sutton, who retired as chairman last year after 17 years in the role, praised the governors he had served with, as well as the staff at Wallace High, stressing the honour was as much theirs as it was his.

Mr Sutton became involved in the life of the Lisburn school some 40 years ago when his children began attending Wallace Prep in 1974. After serving as Chairman of the PTA, Mr Sutton was then appointed to the Board of Governors in 1990: “I have always been interested in the children’s education and I like to get involved in any way I can,” he explained.

Mr Sutton said he was surprised when the letter arrived informing him of his MBE. “It did come out of the blue,” he explained. “It is very humbling.”

“It is a privilege to have served as chairman for so long but I couldn’t have done it without the board members and staff at the school. I have been blessed with a very supportive board with a breadth of skills, talents and enthusiasm.”

“Graham recently retired from the board and it is entirely fitting that his genuine and selfless interest in the progress and well being of our students over such a sustained period of time is recognised in this way. One of his last duties as chairman was to hear the excellent feedback from the inspection team of their findings following the inspection last year.”

“Mr Sutton remains a loyal supporter of the school and is regularly on the touchline supporting a variety of sporting fixtures, as well as a proud grandparent of children attending Wallace. I have always been very grateful for Mr Sutton’s wise counsel and unwavering support for Wallace; the staff are delighted for Graham, Harriet and the wider family circle.”