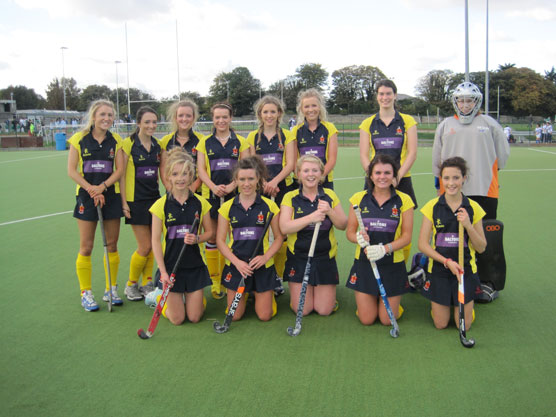 The past two months have proved frustrating for all hockey teams and players at The Wallace High School as frozen pitches have resulted in a lack of action for everyone.

This Saturday sees the girls’ 1st X1 play Larne Grammar School in the third round of the Schoolgirls’ Cup, with a 10.30am start at Larne Leisure Centre. Having knocked out pre tournament favourites Armagh Royal in the last round they will look forward to pitting their skills against renowned tricky opponents.

They will look to key players Jo Leathem, Tamilla Matchett, Rachel Morrow and Laura Murray for inspiration and hope that their lack of match practice will not affect the outcome of the game. Laura can also look forward to her Irish under 16 trial in the coming weeks after it too fell victim to the recent bad weather.

On Monday, the 2nd X1 play Grosvenor in the third round of the McDowell Cup and will look to progress in that particular prestigious competition.

The boys have also been left “kicking their heels” in recent weeks with the 1st X1 defeat to Banbridge Academy one of the only games played by any team. They await with interest the outcome of the Burney Cup draw which is expected to be made in the next couple of weeks and will be playing a series of friendly fixtures to keep themselves match fit.

Year 11 pupils Jack Wilson and Ross Kelly are also looking forward to their own Irish under 16 trials, again postponed due to the bad weather which rendered pitches in Dublin frozen.

This Saturday, the boys teams take on old rivals Friends in a series of friendly fixtures. Games will be played at Lisnagarvey and Lough Moss and all support is very welcome.