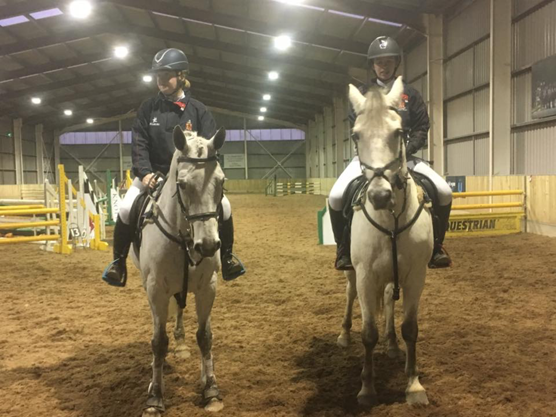 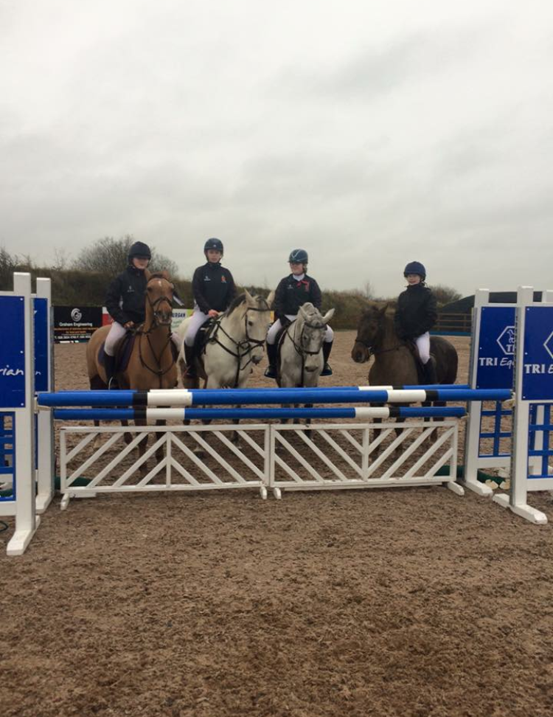 A range of schools took part in the competition and this class was a qualifier for a new tournament taking place at the main Balmoral Show in May 2017. The show will be running on a Saturday this year for the first time in recent memory. One of the feature events on Saturday 13th May in the International arena will be an all-Ireland Inter-schools showjumping competition. Twelve school teams from across Ireland (six from NI, six from ROI) have to qualify for a place in this competition. In winning the competition at Gransha Equestrian Centre, Wallace High School have secured their place to compete amongst the top twelve schools in Ireland. Their win is even more remarkable in that usually there are four riders in a team, with the best three scores counting. However on the day of competition only three team members were able to compete, meaning Wallace High School could not afford to drop points and the pressure was on all three members to jump good rounds. By all accounts the course severely challenged and tested the skill of the riders to their limit. Sarah, Kerry and Anna contributed to the team win with two rounds each, with the girls having to maintain their focus throughout a demanding afternoon.

As there were very few clear rounds (no faults) throughout the competition, this further emphasises the fantastic performances of our students and the scores they achieved. Anna and her horse ‘Jimmy’ were one of a small number of competitors who jumped a clear round, thus ensuring Wallace High School would secure a win and their place in what will be a very exciting competition at Balmoral.

Anna commented after the event, “We didn’t expect to do so well. I was so pleased for our team and for the fact that we will get to compete in Balmoral 2017. We worked really well together, planning an effective strategy that won the event.”